Lt. Colonel (USAF Ret.) Wendelle C. Stevens was one of the world’s best known UFO researchers. Born in 1923 in Round Prairie, Minn., he enlisted in 1941 in the US Army and was transferred to the Air Corps in1942. He served in the Pacific Theater during World War II and subsequently in a classified project in Alaska to photograph and map the Arctic land and sea area, where the data collecting equipment onboard B-29s detected UFOs. Stevens also served as US Air Attaché in South America. He retired from the USAF in 1963 and worked for Hamilton Aircraft until 1972.

Wendelle Stevens was actively involved in ufology for 54 years, first as Director of Investigations for the Aerial Phenomena Research Organization (APRO) in Tucson, Ariz., where he retired. He amassed one of the largest collections of UFO photos and investigated a number of contact cases, published in more than 22 books. His most famous one was the Billy Meier case in Switzerland.

In Dec. 1997 he received an award for lifetime achievement at the First World UFO Forum in Brazilia, capital of Brazil. He was a founder and Director of the International UFO Congress and recently transferred his extensive photo collection, library and archives to Open Minds Production. 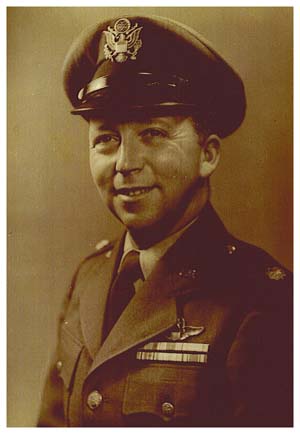 Wendelle Stevens as a Major at the Wright Air Development Center in Dayton, Ohio.

We will be posting additional stories, photos, and information about Wendelle’s extraordinary UFO research career over the next few days.