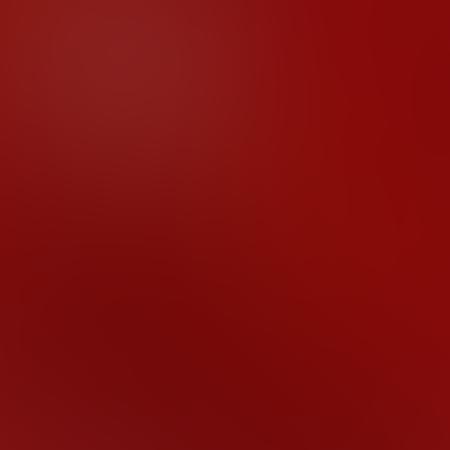 President Obama Making Plans For A One Term Presidency, But Secretly Planning To Announce Planet X Between The Earth And The Sun Which Will, In One Continuous Action, Reveal Extraterrestrials on Earth

After the RNC, the many people I spoke to have not changed their minds, other than one who said she would never watch another Clint Eastwood movie again. The first empty chair debate was when Coolidge was running in 1924 and did not show for a debate. This is an American tradition! Other than some humor, which many did not appreciate, what is going on with this political process in the face of Planet X, Poleshift and open contact with ETs all in our future. Condaleeza Rice did mention ‘all this tectonic plate movement’. Everyone should be reading http://www.zetatalk.com if they want to know what is overshadowing all political processes. Do people know, subconsciously, all governments are about to collapse?

Who was watching the RNC? Not the public as this little fact reveals. More people watched a regular episode of ‘Honey Boo-Boo’ than watched the network coverage of the republican conference. Fox News got 1.2 million viewers, and the networks far less. I watched it on CSPAN because there are no commercials and no talking heads.

Now comes this interesting article and its update, stating that the behind the scenes democratic friends of Obama, including billionaire Hyatt Hotel heiress, Penny Pritzker, are selecting and purchasing a home in the $35 million dollar range near the University of Hawaii where the new Obama Presidential Library would be located, and near the airport, in the ever so select oceanfront, sea level community of Kailua, on Oahu.

The reasoning, whether true or not, is that Obama and his supporters have realized that they will lose the election and he will be a one term president, so he needs a home now, and absolutely plans to move into it by January.

As the Zetas have stated that he plans to announce Planet X is between the Earth and the Sun now, and possibly later declare a national emergency and then even possibly suspend the elections, this is one hell of a backup plan. With poleshift about to occur at any time, not tomorrow, but shortly, why would someone purchase a sealevel home on Oahu? Why would someone who knows of poleshift and the 600 foot tidal surges, and final sealevel rise of up to 700 feet, purchase an ocean front home, even if the new resident loves golf and the house is next to a recently Chinese purchased golf course? One answer is that Hawaii will survive the narrowing of the Pacific by riding high on the plate that slides over the Pacific Plate. Another is that the property faces the USA, not Asia, and thus might be spared the largest of the tidal onslaughts….REALLY?

So here we have an interesting real estate article which is but another piece of a giant puzzle. Is it a legitimate statement of the beliefs of the Obama inner circle, or just another home for the very wealthy, which all presidents have become?

Time will tell. And what is with the description of the architect’s design of the Obama center being an apparent crumpled US Constitution on a pedestal?

And do not kid yourself, just because Obama will have a new home in Hawaii does not mean that his presidency is over, or that he plans to live there at poleshift.

You cannot make this stuff up. Read the articles below. I enlarged the font where the political implications are mentioned.

The question is what does it mean?

As Nancy Lieder pointed out to me, the extremely wealthy do not intend to let the common man know how bad the situation will develop. Thus it is nothing to purchase a $35 million dollar waterfront home for the president. They can always point to it as in ‘Look, the president lives at sea level, so there is nothing to worry about.’ And of course, being near the airport, a jet will always be ready to fly him to a military base in the Rockies, or, a submarine can take him to some other country.

One thing is certain: this story is damn interesting in its several many implications. And let us not forget that the Zetas have said there is a 93% chance that Obama will announce Planet X BEFORE THE MIDDLE OF SEPTEMBER. If martial law were declared, it would trigger all the patriot movements, but by describing it as a ‘NATIONAL EMERGENCY’ later on, people will be less inclined to riot as they will see that it was not a conspiracy, and not the fault of any politician. Lying to the public IS the fault of all politicians, but the situation will not be blamed on them, just that they knew for 60 years, for every president since Eisenhower. The Zetas have also said THERE WILL BE NO ECONOMIC COLLAPSE beforehand. The rich have trillion dollar deep pockets and they wish the public to keep on sleeping, even if PX is revealed. If Obama does announce, and, how can he not, as the signs are way too obvious, he will minimize the effects. “Go back to sleep, sheeple, we will watch it for you and let you know if there is anything to worry about other than a few quakes, a few volcanoes, and a little sloshing of the oceans…..”

So, expect Obama to have a new oceanfront home in Hawaii, very soon. Then expect him to announce the presence of Planet X between the earth and the sun. Then expect before the elections, Obama will announce a National Emergency and suspend the elections, and remain an unelected president. The US citizens will not stand for martial law, and even if tried, it will fail miserably. So it is likely to be called anything but martial law. Look at all the Executive Orders enacted by Bush and Obama. The president does not have to declare anything to take control of everything. And now that military troops will be policing the streets, escalation up to and including death is possible. Banks may be open only 2 or 3 days a week, but the elite will do anything to convince you, right up until the last minutes, that you have nothing to fear.

But the really big effect of any announcement by the president, is that people will do internet searches for ‘PLANET X’ and ‘Poleshift’ and discover immediately that ZETATALK has been telling the truth since 1995 and there are 39,000 pages of questions from the public answered telepathically by unselfish 100% human extraterrestrials all about what is to come. The internet cannot be shut down as even Congress, banks, and corporations use it. The forces behind the president, any president, are tearing out their hair, now, as I write this, knowing that the announcement has to come, and that people will learn of Nancy Diane Lieder, and Extraterrestrials, as well as the truth of what is to come. It is unavoidable. The Council of Worlds has told the White House ‘YOU WILL ANNOUNCE THIS NOW, OR EVENTS WILL BE SO SHOCKING THAT WHEN YOU DO ANNOUNCE IT, NO ONE WILL LISTEN TO YOU, AS THEY ALL WILL KNOW THE GOVERNMENT HAS BEEN LYING FOR DECADES. Obama does not have a choice. His only choice at this point is where to put his Presidential library and, supposedly, himself:

Both articles are below in full. And, remember, if as you read this, now, you do not yet believe in extraterrestrials, make sure you watch the new movie on Youtube, by Jose Escamilla, entitled “Celestial” which clearly shows massive ET ruins and new constructions on the moon, including glass domes enclosing vegetation, and of course the mysterious building with a huge number ‘2’ , undoubtedly put there
by the US government. This one movie, one hour long, has, by itself, ended any question of ETs. But it also raises again the question of the secret US space program, never admitted.