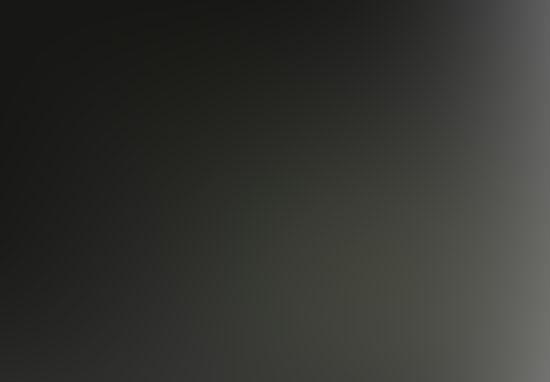 A bombshell revelation about the Rendlesham Forest incident has just been made. This latest news has profound implications not just for our understanding of what happened in Rendlesham Forest, but for ufology as a whole.

Those people following recent developments in the case will recall that a key issue is John Burroughs and Jim Penniston’s struggle to obtain their military medical records from the Department of Veterans Affairs (VA). This was due to concerns that various health problems they have were associated with their encounter in Rendlesham Forest. Intriguingly, these medical records were lodged in the VA’s classified records section. Senator Jon Kyl was involved in the case, as was Senator John McCain, who now chairs the Senate Committee on Armed Services. Six former Congressional representatives even wrote to the President of the United States about the issue. Clearly, discussions about the Rendlesham Forest incident, and the effect it had on key witnesses John Burroughs and Jim Penniston, went right to the very top.

Ironically, it was the British Government that (perhaps inadvertently) provided the smoking gun. In 2006 the Ministry of Defence declassified parts of an intelligence study on UFOs, codenamed Project Condign, and classified Secret UK Eyes Only. I had been involved in the work that led to the setting up of this study, but wasn’t the final report’s anonymous author, as has been claimed. Parts of this document are still highly classified and extremely sensitive, and are being withheld to this day, along with many of the report’s working papers, many of which were deliberately placed outside the scope of the Freedom of Information Act, by using a defence contractor to undertake the work. However, one statement in the final report, perhaps missed by the censor’s pen, read as follows:

“The well-reported Rendlesham Forest/Bentwaters event is an example where it might be postulated that several observers were probably exposed to UAP [Unidentified Aerial Phenomenon] radiation for longer than normal UAP sighting periods.”

After years of official denial and obfuscation, John Burroughs and Jim Penniston had been entirely vindicated. The MoD was effectively saying “yes, this was real, and yes, you were irradiated”. Armed with this, John Burroughs, John and Jim’s crusading attorney Pat Frascogna, and Senator McCain, had enough of a smoking gun to reengage with the VA. And here’s the bombshell development: the VA just settled with John Burroughs. In full.

Let there be no doubt here. Settlement of this claim should be seen for what it is: a tacit US Government acknowledgment that what happened was real, and harmful. Add that to the Project Condign quote, and one can see that both the British and American Governments have now, effectively, confirmed the reality of the Rendlesham Forest incident. It’s not Disclosure in the sense that the UFO community envisage (with the US President addressing the nation: “My fellow Americans, people of the world, we are not alone”), but it’s the best you’ll get. It’s Confirmation.

Speaking about this development, John Burroughs commented as follows:

“In January of 2015, after years of exhaustive efforts, the VA settled, in full, with me. I needed someone to champion my cause, someone not afraid to put themselves at risk to help me. I was lucky. I found two to champion my cause, my attorney Pat Frascogna, and Senator John McCain and his staff. Through their efforts, I received lifesaving heart surgery to replace a badly shredded anterior mitral valve caused by the UAP radiation, and a settlement from the DOD and VA admitting I was injured in the line of duty in December of 1980.”

Intriguingly, despite the settlement, parts of John’s military medical records file, relating to the time that he served in the UK, remain classified.

This bombshell revelation comes as the book that I co-wrote with John Burroughs and Jim Penniston, Encounter in Rendlesham Forest, is published as a paperback, having been out in hardback for a year. The hardback achieved best-seller status, not least due to its serialization in the Daily Mail, one of the UK’s most popular national daily newspapers. Now, its availability as a paperback should ensure that it reaches an even wider audience.

In addition to the book, John Burroughs, Jim Penniston and I continue to be in constant demand on various TV shows, further cementing the Rendlesham Forest incident’s position as ufology’s flagship case.

Interestingly, John Burroughs and Jim Penniston have diverged somewhat in their research interests since teaming up to write Encounter in Rendlesham Forest. As we’ve seen, because of his heart problems, John Burroughs has (quite understandably) focused on his struggle with the VA. This has involved detailed research into Project Condign and multiple FOI requests to the MoD. This resulted in the embarrassing revelation from the MoD that further UFO files will be released later this year – despite their previous statement that all the files had been released. Jim has taken a different path, and again, quite understandably, has focused on the area most deeply personal to him: the binary code message.

The Rendlesham Code is the subject of ongoing research by an eclectic group of computer programmers and esoteric researchers, including people such as Joe Luciano and Gary Osborn. This real-life Da Vinci Code is hugely controversial, as is the suggestion that the 16 pages of ones and zeroes might be a message from the future. Previously, such speculation might have been dismissed as science fiction, but there’s been a recent and noticeable upsurge in mainstream media coverage of time travel, including a big feature on the BBC News website, discussing various scientists who are studying the possibilities. The work of Professor Ronald Mallet is also very important, particularly in relation to the Rendlesham Forest incident, because he has speculated that it might be possible to send a message into the past, using neutrinos. Neutrinos are subatomic particles that can be spun either clockwise or anticlockwise, and given this, it would be possible to create a binary message, by spinning them one way or the other. Neutrinos are produced during the decay of radioactive elements. This is particularly interesting when one bears in mind the “significantly higher than the average background” (the quote from the official assessment undertaken by the MoD’s Defence Intelligence Staff) levels of radioactivity found at the landing site in Rendlesham Forest, right where Jim and John were standing when they encountered the UFO.

This isn’t popular with everyone. One ufologist, seemingly unaware of the irony, told me that even mentioning time travel in relation to the Rendlesham Forest incident would discredit with the public (by virtue of association) his theory about space aliens. Self-evidently, until there’s a definitive resolution of the mystery of what happened in Rendlesham Forest, all of this is just conjecture, and who’s to say that time travel is any less (or more) likely a theory than visitation by space aliens? The MoD’s official assessment of the incident, it should be recalled, is “unknown”.

Returning to the VA’s settlement of John’s claim, the implications cannot be overstated. It remains to be seen what will happen next. Is there more to come? Yes, there’s more to come. Just watch this space … or time.

Nick Pope is a former employee of the UK Ministry of Defence. From 1991 to 1994 he ran the British Government’s UFO project and has recently been the public face of the ongoing initiative to declassify and release the entire archive of these UFO files. Nick Pope held a number of other fascinating posts in the course of his 21-year government career, which culminated in his serving as an acting Deputy Director in the Directorate of Defence Security. He now works as a broadcaster and journalist, covering subjects including space, fringe science, defence and intelligence. Nick Pope’s latest book, Encounter in Rendlesham Forest, co-written with John Burroughs and Jim Penniston, was published in paperback by Thomas Dunne Books on 3rd March 2015, and has also been published by Thistle Publishing. It’s available on AMAZON.COM

and in all good bookstores.