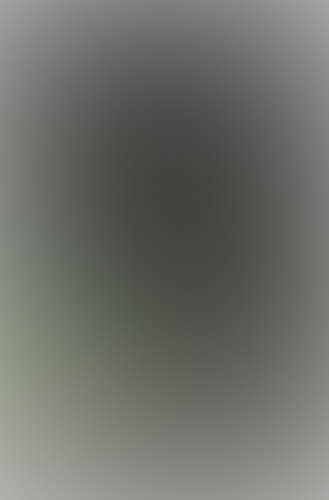 Later this month, the book that John Burroughs, Jim Penniston and I have written about the Rendlesham Forest incident will be published. “Encounter in Rendlesham Forest” is being put out by Thomas Dunne Books, part of the Macmillan publishing house – one of the so-called “Big Six” in the literary world. Without giving away too many spoilers, what can people expect and what will the revelations mean for ufology?
First of all, I should say something about the unique way in which this book has been written. All too often, it seems to me, witnesses get a raw deal when it comes to getting across the details of their encounters. This is particularly true on TV, where a one or two hour interview is often edited down to a handful of sound bites, mixed in with a deep-voiced narration and a dramatic (often CGI) re-creation, and ends up only telling half the story – usually the half that everyone has heard before! When it comes to books, witnesses tend to have their stories retold by ufologists, who invariable end up mangling some of the details and bringing too many of their personal opinions and biases into the story. We decided to try something a little different.
Originally, John and Jim had planned to write a book themselves, and with that plan in mind, they asked if I would contribute a chapter detailing the UK government’s involvement in the story. Having worked on the Ministry of Defence’s UFO project and having undertaken a cold case review of the Rendlesham Forest incident in 1994, I was happy to do so, and wrote up an account of the MoD’s role, that ran to somewhere between 8000-10,000 words. At that stage, we discussed the possibility of collaborating, with the combination of the two main witnesses and a government UFO investigator working together being a unique way to take things forward.
Our collaboration covers three main areas. Firstly, the book itself; secondly, the ongoing investigation into the incident and its aftermath; and thirdly, the related campaign to secure the release of John and Jim’s military medical records, from the classified records section of the Department of Veterans Affairs. This third strand of the collaboration not only has political support in the US, but the involvement of a crusading lawyer, Pat Frascogna. A federal lawsuit may not be far away.
“Encounter in Rendlesham Forest” has to strike a difficult balance. First and foremost, it’s the story of what happened to John Burroughs and Jim Penniston, the two witnesses at the heart of the Rendlesham Forest incident. It tells the story of the encounter, and of what happened afterwards in terms of the debriefings and the wider official response, through John and Jim’s eyes. But while their account is central to the book, we’ve made sure that we broadened the focus, so as to give a wider and more comprehensive picture of what happened. We’ve also placed the events in their correct politico/military context, which goes much further than simply saying – as most ufologists do – that it happened at the time of the Cold War and that the rise in power of the Polish trade union Solidarity was causing tension. That’s certainly true, but the story of a military exercise codenamed Soyuz-80, a Polish colonel who spied for the CIA, and just how close we came to a Third World War in December 1980 is worthy of closer study. This is the sort of area we examine in our book.

If you would like to order or pre-order Nick Pope’s new book simply click on its title: Encounter in Rendlesham Forest: The Inside Story of the World’s Best-Documented UFO Incident

We’ve tried to take an evenhanded view of the various theories (conventional and exotic) that have been put forward over the years, and there are more than a few surprises. The idea that the local lighthouse might have been responsible turns out only to be well-known because it’s a visual theory, and thus attractive to TV documentary filmmakers. There are, as it transpires, three much stronger skeptical theories.

We look at a number of government documents that have a bearing on the case. Some of these are newly obtained, while others have been available previously, but without their significance having been picked up. Applying some of the knowledge and experience that I picked up in the MoD has enabled us to show how sometimes, important things can be hidden in plain sight. How much of this is accidental and how much is deliberate is open to debate.
In recent months, the UFO community has been rocked by Jim Penniston’s sensational revelations about what’s been dubbed the “telepathic download” of a sequence of ones and zeroes. The Rendlesham Code has been previously interpreted as a message of some sort, in binary code. We tell the full story of this extraordinary and most controversial of developments, and offer some entirely new thoughts on what it might mean.
This has been a difficult book to write. Quite apart from the exhaustive research and investigation, collaborations are often tricky. I think John, Jim and I are all strong characters, and inevitably this has led to some lively discussions and debates over certain aspects of the text! We could have chosen to smooth over these differences, and compromise. We’ve chosen not to, as while this might have been more diplomatic, we think it would have been dishonest. Accordingly, where we disagree on things, we say so!
Following on from the point above, we haven’t pulled our punches in this book. John and Jim, in particular, are extremely outspoken at times, particularly in addressing how the chain of command treated the witnesses in the aftermath of the encounters themselves. They’re plain speakers and straight shooters, so we took the decision that although one of us had to be lead writer (I drew the short straw!), we’d be careful not to tone down the text by means of me trying to paraphrase John and Jim’s views. Accordingly, we use direct quotes where possible, to make it abundantly clear to readers who’s saying what.
I doubt that “Encounter in Rendlesham Forest” will be universally popular in the UFO community. We’ll probably end up trampling on a few egos at both ends of the belief spectrum, by not necessarily buying into the pet theories of various true believers and die-hard debunkers. But for those who want the full story of a UFO case that I genuinely believe is bigger and more compelling than Roswell, I humbly ask that you buy, beg, borrow – but not steal – a copy! What we’ve tried to do is reverse the usual ‘outsiders looking in’ dynamic of UFO books, and give readers the ‘insiders looking out’ perspective. We’ve used our knowledge, background and experience to tell the story not just of the incident and its aftermath, but of the true role played by government, the military and the intelligence community, not just in this case, but in relation to the UFO phenomenon more generally.
If you missed it read last month’s column: https://www.ufodigest.com/article/rendelsham-0308
. . .
Nick Pope is a former employee of the UK Ministry of Defense. From 1991 to 1994 he ran the British Government’s UFO project and has recently been involved in a five-year initiative to declassify and release the entire archive of these UFO files. Nick Pope held a number of other fascinating posts in the course of his 21-year government career, which culminated in his serving as an acting Deputy Director in the Directorate of Defense Security. He now works as a broadcaster and journalist, covering subjects including space, fringe science, defense and intelligence. Nick Pope’s latest book, Encounter in Rendlesham Forest, co-written with John Burroughs and Jim Penniston, is published by Thomas Dunne Books on 15th April and is available via Amazon and all good bookstores.