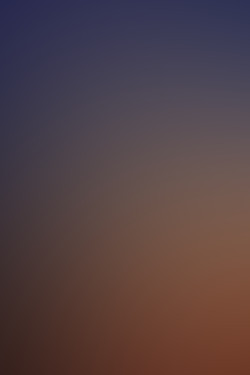 San Francisco, CA  –– Michael Pye and Kirsten Dalley have gathered together the world’s most adventurous and knowledgeable researchers and bestselling authors to expound on subjects relating to the ancient world. For their new anthology, Lost Secrets of the Gods: The Latest Evidence and Revelations on Ancient Astronauts, Precursor Cultures, and Secret Societies, original essays––revealing “white paper” treatises––were contributed by such luminaries as:

Devoted fans of the authors and history and archaeology lovers are delving into this treasure chest of spine‐tingling revelations of new evidence that ancient cultures had advanced knowledge of science, agriculture, and astronomy. Until now, we knew little about peoples of centuries past who spoke and wrote of mysterious visitors who imparted wisdom and information that radically transformed their societies, ultimately transforming our beliefs about traditional paradigms of history.

If you wish to purchase this book from AMAZON.COM simple click on its title: Lost Secrets of the Gods: The Latest Evidence and Revelations On Ancient Astronauts, Precursor Cultures, and Secret Societies

Lost Secrets of the Gods reveals startling truths and answers fascinating questions that to‐ day’s historians and scientists have long ignored.

 Do 10,000‐year‐old secret societies still exist today?  Did a race of giants once inhabit the Americas?

 Were The Iliad and The Odyssey about epic struggles in pre‐Celtic Europe?

 What happened to the Persian army that disappeared from Egypt 2,500 years ago?  Did the ancients create psychic guard dogs to protect sacred sites?

 Did ancient Egypt and ancient China have secret ties?

As a long‐time acquisitions editor for New Page Books, Michael Pye has developed a deep knowledge of and healthy appetite for ancient history and unsolved mysteries. Be‐ fore earning a BA in English from Southern Connecticut State University, he watched far too many episodes of Leonard Nimoy’s “In Search Of”, which turned him into an aficionado of books on the strange and unexplained.

Kirsten Dalley graduated with honors from Columbia University in 1999 with a BA in comparative literature. Coauthor of The Nightmare Encyclopedia, she has been an editor with Career Press and New Page Books since 2004.

Pye and Dalley collaborated on the editing of the anthology series Exposed, Uncovered, and Declassified, which includes separate volumes covering UFOs, ghosts, and lost civilizations.

Title: Lost Secrets of the Gods: The Latest Evidence and Revelations on Ancient Astronauts, Precursor Cultures, and Secret Societies