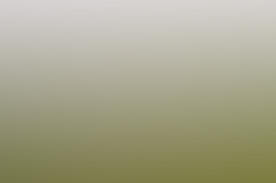 The UK’s best-known and most compelling UFO case is undoubtedly the Rendlesham Forest incident. In second place, however, comes the Cosford incident – a more recent case that tells us much about ufology, and a few interesting truths about ufologists.

The basic facts of the case are as follows. Late on the 30th and in the early hours of the 31st March 1993, over a period of about six hours, a wave of UFO sightings took place over large parts of the UK. Several dozen reports were made to the Ministry of Defence, but many more were sent to civilian UFO groups, or went unreported. I ran the British government’s UFO project from 1991 to 1994 and these sightings took place pretty much midway through my tour of duty, so, naturally, I led the MoD investigation.

The first sighting was reported at around 8.30pm, followed by another at 9pm. This latter sighting involved a group of scouts out hiking, whose scoutmaster – a police officer – described the craft as looking “like two Concordes flying side by side and joined together”.

Later in the night the UFO was seen to fly over a Royal Air Force base, RAF Cosford. The RAF Police officers who witnessed the UFO described it as having flown directly overhead “at great velocity … at an altitude of approximately 1000 feet”.

The final – and most spectacular – sighting took place at around 2.40am on 31st March and involved the Meteorological Officer at RAF Shawbury, a few miles from RAF Cosford. He described the UFO as being triangular-shaped and moving slowly across the countryside towards the base, at a speed of no more than 30 or 40 mph. He saw the UFO fire a narrow beam of light at the ground and saw the light sweeping backwards and forwards across the field beyond the perimeter fence, as if it were looking for something. He heard an unpleasant low-frequency humming sound coming from the craft and said he could feel as well as hear this – rather like standing in front of a bass speaker. He estimated the size of the craft to be midway between a C-130 Hercules transport aircraft and a Boeing 747. Suddenly, the beam disappeared and the UFO accelerated away to the horizon, many times faster than a military jet – this was a witness who had served in the RAF for 8 years and saw military aircraft and helicopters on a daily basis.

Some of the reports received that night really did seem as if they’d come straight from an episode of The X-Files. One particularly surreal one involved a couple who saw the UFO over a farmer’s field. When they investigated, they saw that all the cows had congregated in the centre of the field and were standing in a circle, facing each other silently.

The MoD investigation identified and eliminated all aircraft and helicopters flying that night, as well as considering any astronomical phenomena that might have explained what was seen. Interestingly, the investigation turned up the fact that a Russian rocket carrying a communications satellite, Cosmos 2238, had re-entered the Earth’s atmosphere that night. While the high-altitude lights would only have lasted for a few seconds, they might have explained a cluster of sightings that took place at around 1.10am.

The MoD investigation also looked into the possibility that the sightings were caused by a secret prototype aircraft or drone. But aside from nearly causing a diplomatic incident with the Americans (who were sensitive to the implication that previous denials concerning the existence of an alleged hypersonic aircraft codenamed Aurora had been false), the MoD investigation drew a blank.

The MoD’s final report determined that the sightings could not be explained. A report was sent to the Assistant Chief of the Air Staff (one of the UK’s most senior military officers) and concluded “In summary, there would seem to be some evidence on this occasion that an unidentified object (or objects) of unknown origin was operating over the UK”. This is about as close as the MoD has ever got to saying that there’s more to UFOs than misidentifications or hoaxes. Intriguingly, the final report also stated that the sightings “would appear to be of considerable defence significance” – a direct and provocative contradiction of the MoD’s usual standard line to Parliament, the media and the public, that UFOs were of “no defence significance”. Even when this document was released under the Freedom of Information Act, no ufologists spotted this bombshell, which effectively demonstrated that the MoD didn’t believe its own public line on UFOs!

I left the MoD in 2006, and in a case of what some might regard as ‘gamekeeper turned poacher’, in November that year I presented a TV documentary on the incident, on one of the UK’s main networks, Channel 5. The one-hour show was called “The British UFO Mystery” (retitled “MoD X-Files” in some of the many other countries that showed the documentary) and drew over a million viewers. In an amusing postscript, the token skeptic on the show complained to the UK’s broadcasting regulator that he’d been made to look utterly ridiculous. His complaint was rejected! The whole issue of how ufologists (believers and skeptics alike) come across on TV will be the subject of one of my future UFO Digest columns, so stay tuned!

Nick Pope is a former employee of the UK Ministry of Defense. From 1991 to 1994 he ran the British Government’s UFO project and has recently been involved in a five-year program to declassify and release the entire archive of these UFO files. Nick Pope held a number of other fascinating posts in the course of his 21-year government career, which culminated in his serving as an acting Deputy Director in the Directorate of Defense Security. He now works as a broadcaster and journalist, covering subjects including space, fringe science, defense and intelligence. Nick Pope is giving a special one-off talk in the UK on 3rd April, at The Maltings Theatre & Cinema in Berwick-upon-Tweed. Check out http://www.maltingsberwick.co.uk/events/spoken/1241 for details.