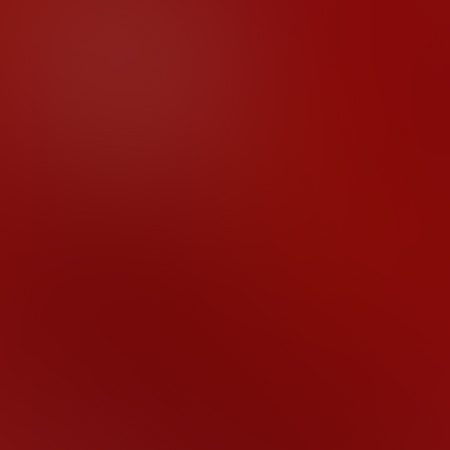 Zetatalk had been stating for almost two years that our president would announce the presence of Planet X, the likelihood of Poleshift, and the existence of Extraterrestrials. I know from speaking of it, that most people say they would eat their hats if any such announcement in whole or part were to be made ever. Logically though, I felt inclined to believe the announcement would have to occur because if all of a sudden PX appears in the skies and no government had mentioned it, then all credibility would be lost. Many believe that no government has credibility now, so they think the announcement will never happen.

Realistically, if the government announces any one of the three parts: PX, PS or ETs, it will take only the blink of an eye for people to Google that and find http://www.zetatalk.com with the complete story. Zetatalk is at least 40,000 pages, freely accessible, of questions asked by the public since 1995 to Nancy Lieder, who then asks the 100% human Zetas and sets down their answers. The Zetas have many times described the attempts by our president to make such an announcement, only to be blocked by wealthy and powerful political forces who wish to keep the secret as, to them, most people are expendable anyway. It used to be that the number one question was ‘what is the date of poleshift’ but the best the Zetas would do was give an event calendar, not a date calendar. Then the question became when would the announcement of poleshift occur.

Various theories have evolved, which include the government never disclosing ETs because they contacted selfish ETs and engaged in reprehensible activities which can never be disclosed until all the men involved had long passed away.

Another theory is that Planet X would not be disclosed because it was top secret, so to disclose ETs and PX would require a statement such as ‘ after much effort we overcame the secrecy going back to Roosevelt, Truman and Eisenhower over the existence of ETs here and now, continuously for tens of thousands of years. As to the secrecy of PX, it would involve overcoming the secrecy since the IRAS satellite spotted PX incoming in December 1983, during the Reagan administration, from the direction of Orion. PX was announced then and retracted the next day for the obvious reason that the very next question would be ‘what does that mean for earth’ and the government did not then wish to announce poleshift.

Briefly, poleshift involves the granite continents, floating on magma, being grabbed by the magnetic field of PX and slid until the eastern tip of Brazil is over the existing north magnetic pole of the core of the earth.

So then the theories of the announcement[s] evolved into how could the government announce such, and still expect people not to read Zetatalk, where, in a short space of time the entire story would be known worldwide. One suggestion is that PX would merely be announced as a ‘rogue planet’ and ‘there is nothing to worry about, so stay in your jobs, and keep living where you are, because if we learn anything important in our monitoring we will let you know, so trust us.’

Another theory is that the government would announce ETs by finding some archeological site and announcing that, here, for all to see, is evidence they ‘were’ here. Thus there is no reason to think that unselfish ETs have given Nancy to share with the world about what is happening now and in the near future. As for poleshift, it might be possible that the government would announce a few ocean sloshings, some minor quakes, and possible communications interruptions; you know, nothing to worry about, no reason to take your family and head for the hills today!

Now Courtney Brown is a CIA connected remote viewer who is a tenured professor at Emory University, but who has a team of remote viewers who engage in secret CIA projects. Occasionally his team focuses on pet ‘public’ projects which are very interesting but not verifiable. He has a remote viewing website for those interested, and now, two facebook pages.

All of a sudden on January 29th of this year, Courtney announced that ‘an announcement will be made in February which will change the world forever.’

Certainly Courtney is an interesting radio guest, and an interesting writer, entertaining even; but in no case can I find anything he ever said which was accurate. But for some reason because it was going viral on the web, Nancy did accept the question and the Zetas did address it and the issue was discussed in Zetatalk Newsletter 385. Nancy stated that she was told by the Zetas in December that the announcement would be made in ‘midwinter’ which she implied would be made jointly by the leaders of the US, Russia, and China. She also was told by the Zetas that the announcement would be made in February.

I thought that the announcement would not be made during the Olympics which ended February 23rd, and as Nancy had said, would be more likely to be made on a Friday after all the markets closed in North America and Europe, so as not to simultaneously collapse the economy. So if the announcement were to be made in February, then Friday February 28th would appear to logically be the most likely. But Nancy never gave a date in February….

So as the month went along, we wondered and wondered what is the announcement, who will make it, and how will people react.

Then Courtney Brown muddied the waters by announcing that ‘because critical supplies have been delayed in being placed in an unstable location, the announcement would be delayed until mid March. Then Courtney started making confusing ‘implication’ statements where he refused to discuss the announcement content but hoped people would start discussing ‘it’.

Well if you are not going to tell us what ‘it’ is, Courtney, how can we discuss ‘it’? What are ‘critical supplies’ and what is, and where is, ‘an unstable area’?

Courtney proceeded to make implication statements which state what the announcement is not. As for what it is, he has only offered that it is ‘information’ which by definition is an announcement anyway.

So this matter, simple as it was, has developed into a mess with Courtney making a fool of himself, and Nancy wishing she had not commented on Courtney in the first place.

The most important things to remember here are that the governments have to make the announcement, in my estimation, if for no reason other than to explain the earth wobble causing extreme weather.  Governments are not likely to announce anything until they have to do so. Many are convinced that any announcement will also point to Zetatalk which has been accurately describing all these subjects for 19 years, for free, without any confusion.

So, in summary, we still do not know exactly when an announcement will be made, or what it will contain; but we do know that if it contains PX, or PS or ETs, then people will find the other two parts as set forth in ZT.

As a personal analogy, imagine your mother tells you that your father wants to speak to you and what he will say will change your world forever. That would be unsettling and so we, the world, are left with an unsettling feeling, as we should be.

In the meantime, read Zetatalk, and go to their safe areas list and plan to move to a safe area with your loved ones. THAT is all you can do as everyone I meet has a feeling something is about to happen and no two people agree on what it is.

So here is the actual material published by Courtney Brown and Nancy Lieder, and review it yourself.

You should know that predictions are very difficult because of freewill of humans and extraterrestrials and thus things can and do change although the events themselves, as big as they are, will not change. But dates do change. With thousands of accurate predictions, no one can approach the veracity of Zetatalk even if the announcement is still vague. But Courtney has no record of even one correct prediction as far as I know, and therefore, I believe we can safely disregard his statements. If the CIA told him what to say or not say, this would not be the first time the CIA has tried to ridicule Nancy Lieder. The Zetas have said there will be an announcement of PX, PS, and ETs and this I believe in my heart. When is another matter…

So as you read the material below, notice how complete, detailed and thorough Nancy Lieder’s information is; and how ridiculous and confusing the Courtney Brown material is by comparison.

My best to you all, Gordon