UFODigest.com » Aliens and UFOs » Nibiru - Planet X » Venus ‘Bunny Hops’ Across The Face Of The Sun In A Slow Motion Sine Wave Unlike Predicted Course 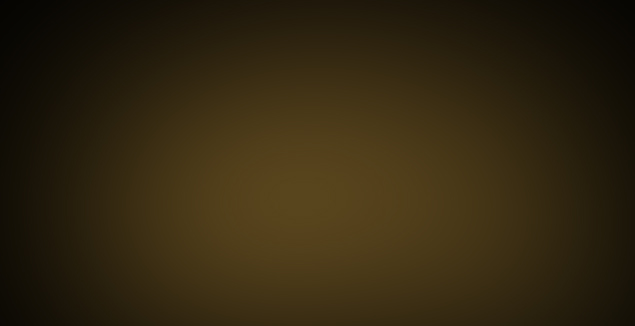 Fans of Zetatalk and Poleshift.ning.com had anticipated the Venus transit of the face of the Sun on June 5th-6th 2012, to see if there would be any aberrant behavior indicative of conditions not being normal at all, and therefore becoming another piece in the puzzle picture of Planet X, Poleshift, and Extraterrestrial presence in the solar system. As anyone who watches the sky knows, recently, for the last 6 months, Venus was very high in the western sky, about 45 degrees above the setting Sun. It was still there, very bright and prominent, one month ago. That means that Venus had to close the angle between the Sun and Venus at the rate of possibly 1.5 degrees a day over the next 30 days, so that it would appear to cross the face of the sun as seen from earth. People who follow Zetatalk knew that the extraterrestrial Zetas speaking through Nancy Lieder had said that they would move Venus to the Sun so as to not totally shock the world with its absence. The Zetas had said that IF Venus did NOT show up, NASA would arrange for worldwide ‘technical problems’ as an excuse, so no one would have seen the unusual behavior due to Planet X. Thus it was better to give a transit of Venus, but allow the forces from the presence of Planet X to show the truth.

Followers of my writings know that in in the late 1970s, I had concluded, using logic, that gravity pushes and does not pull. I was able to verify that with a lengthy conversation in 1989 with the foremost gravity researcher in the world, Dr. Ephraim Fischbach, at Purdue University, who told me that may very likely be right, as THERE IS NOT A SINGLE EXPERIMENT EVER DESIGNED OR PERFORMED TO ESTABLISH WHETHER GRAVITY PUSHES OR PULLS. He went on to say that IF I could design such an experiment, I would be among the most famous scientists in the last 1000 years or more. He himself had theorized that there are 4 forces of gravity which pull, and one, the 5th, that pushes; which is why I had called him in the first place. I told him that his 5th force was gravity itself and that his first 4 were spurious. He agreed that I may very likely be right, as he could not disprove what I said.

Recently two items in the news both prove gravity pushes not pulls. The first was when a black hole spit out two blue stars and the NASA astronomer was asked if the stars would hit Earth and he said there was no chance. If a black hole sucks stuff in, what is it doing spitting things out? The more remarkable story was that the rate of expansion of the universe is INCREASING. You see, if there was a big bang expelling everything outward, but if gravity pulls, the expansion should slow, stop and reverse, collapsing the universe back on itself. Instead, the universe is not only continuing to expand, but the rate of it is increasing. The ONLY way that can happen is if gravity pushes. If you agree, and, how could you disagree, would someone please obtain a grant for me from the MacArthur Foundation, or nominate me for a Nobel prize? How else to get these ideas to the public? Do you recall any hurried meetings between astronomers about the ‘big problem’ of planets colliding, or stars colliding? No you don’t. Each has its own gravity and pushes against the other. Anyway, how long are you going to accept the lies you are being told everyday? I cannot nominate myself.

Thus it is true as I and Zetatalk both say, that Venus, the Earth, and the Dark Twin of Earth, all three approximately 7,500 miles in diameter, all travel around the Sun going clockwise but came to a complete stop in their orbits in 2003 when Planet X came from behind the Sun going clockwise. Planet X is 29,000 miles in diameter, and holds Earth, Venus and the Dark Twin in a ‘cup’ of energies which allow each to do a darting ‘dance’ but not get by each other for the last 9 years.

To put this in plain language, Venus is NOT in its normal orbit. The Zetas said that they have the ability, and would use this time, extraterrestrial technology, to fulfill the ancient major prediction of Venus transiting the Sun, so as to not completely break the coverup by the US government yet. Personally, I wish the coverup had been broken years before. This coverup, when broken, will simultaneously reveal that NASA has been lying because Planet X is real and here, and that poleshift is about to occur, giving time for mass migrations of world populations away from the coasts. The fact that 100% human unselfish extraterrestrial Zetas had been announcing these facts in writing since 1995 would also break the coverup of the existence of extraterrestrials, as the subjects are inextricably entwined.

You would say that there was nothing unusual at all, as professional astronomers, amateur astronomers, and the public, with proper filtration, all saw it happen. BUT YOU WOULD BE VERY WRONG. VERY VERY WRONG.

First of all, Venus was projected to cross the face at a 23 degree angle, and the actual angle was horizontal [0 degrees]. Venus transited straight across the Sun at no angle at all. How did NASA and the professional astronomers get that wrong? GOOD QUESTION.

Second, and more importantly, VENUS BUNNY HOPPED ACROSS THE SUN IN THE TRANSIT. This is totally INEXPLICABLE by conventional calculations and knowledge UNLESS THE PRESENCE OF PLANET X IN BETWEEN THE EARTH AND THE SUN IS FACTORED INTO THE EQUATION. Think I am kidding? I am not. Look at these links, a gif and a youtube video, and see for yourself:

People could not see this bunny hop at any one moment, as Venus showed only as a disk in front of the Sun over a period of hours and hours. But as you can see, when the series of still images are put together as a gif animation, or as a video, it is plainly a sine wave type bunny hop. In other words, Venus was trying to go down, and Planet X kept pushing it up, much as a ping pong ball thrown into the eddy of a fast moving stream will oscillate back and forth. The solar system is like a giant pancake or fried egg, and Planet X is like the big chocolate chip that is at the bottom of the pancake. The 1/4 size Venus tried to go down, but PX kept pushing it back up. Still pictures do not show this. Series of still pictures shown as an animation do show this.

Now, the uninformed, and those believing NASA would not lie to us, state that the images came from an Earth satellite in a polar orbit taking the photos, hence the wobble. This is impossible as anyone with a knowledge of both gyroscopes and image stabilization in consumer cameras knows very well. Not only that, but once the angle of 23 degrees, a slanted path, was obviously never going to happen, all the cameras under the control of NASA were tilted to simulate the 23 degree angle, and, also the image was zoomed in to show the disk against the Sun without the wide angle view. As proof of the NASA synthetic tilt, the comparison with non NASA images shows the truth through the rotation of sunspots in the images.

Here is the transit of Venus which NASA wants you to believe, but in comparing the links above to these, who is trying to keep you from knowing the truth? See, if all you had was these still images, and this closeup of the Venus transit, you WOULD believe NASA. But I am counting on you to understand what NASA is doing. Beautiful images, but, really, condescending!

Notice anything funny? The ‘BUNNY HOPPING’ HAS BEEN EDITED OUT! You can close your eyes now and go back to sleep, nothing to worry about, NASA is still looking for Planet X. NASA will let you know if anything is found: go back to sleep [sheeple].

Having experienced the skepticism of astronomers who refuse to accept that this happened at all, I know that these images will not convince some people. These people have told me, flat out, that until NASA announces it, there is no proof sufficient for them. But you, my readers can view this bunny hop and decide for your self: who is telling the truth: NASA or your ‘lying’ eyes.