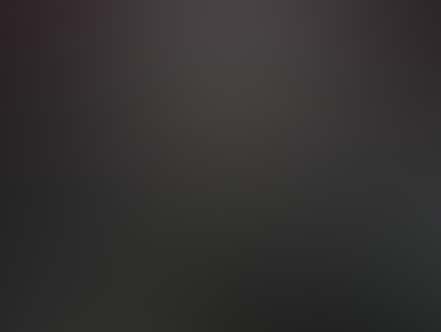 Often we hear answers regarding the origin and nature of UFOs with their alien crews. We also hear theories on what the paranormal realm really is. However, sometimes it is more helpful and more inspiring to ask questions rather than to give answers. Thus we participate in the quest, rather than to try to dictate our favorite answer over and over again.

In this spirit, I would like to pose 4 mind-bending questions with which I wrestle from time to time:

Question One:  Is there a connection between paranormal events and UFOs with their aliens aboard? Of course some people feel that this is the entire explanation; whether the UFO occupants are demons or angels depends on the individual’s point of view. I am assuming here that demons and angels belong to the paranormal realm – what other category do they fit?

However, what if both phenomena emanate from the human morphic field?  This morphic field of human consciousness and thus human perception, exists in all-time or if you prefer, it exists in no-time according to theoretical quantum physics. Therefore, humans of the past “download” the human morphic field into their individual minds, and thus they think, feel and behave “human,” even though they reflect their own time period. So even if the human is a slave laborer helping to construct Stonehenge, he still acts human.

Our mass consciousness as a species (our morphic field), must also resonate into the future. We can assume our starship crewmembers in the Year 2500, also think, feel and behave as humans. 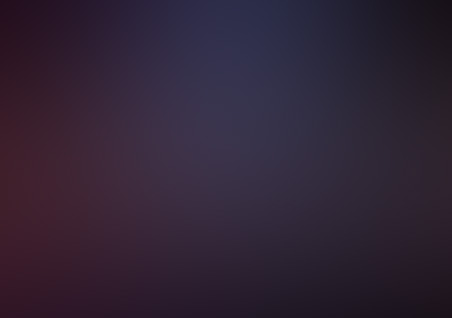 Yes, there is the force of evolution which slowly changes a species; once in a while it can speed up and change a species more quickly than normal. However, I assume the human morphic field  evolves with human evolution. In fact, it might well be the driving factor which initiates and propels human evolution.

Our field of consciousness may well stretch far outside our heads, into the universe. Could this and the beacon of who we are in the future, be why it seems the cosmos and its aliens are signaling us? In other words, are we inherently cosmic citizens as well as citizens of Earth, and is the force of evolution forcing this insight upon us?

So my first question, are ghosts and phantoms simply a part of our normal perception but due to a glitch in the fabric of our morphic field, do we suddenly perceive in the past? An analogy might be that a great ocean is our morphic field. We are happily wading in familiar warm, pleasant ocean waters when suddenly, an ice cold current tingles around our feet and legs.

Why is there a glitch? Nothing is perfect. I remember when my father tried to take a picture of my favorite “Robin Hood” on television starring Richard Greene; Dad snapped a picture right off the tv. Soon we headed off to Florida and Dad tried to take a photo of a bear in the Smokey Mountains. Alas, he had forgotten to turn the picture forward on the old camera, so the bear and Robin Hood showed up in one over-laid photo, together.

Our perception moves in snap shots giving us the illusion of time; once in a while, there is an over-lay.

Future humans also “download” the human consciousness. The hum of the future humans is indeed the human hum, however evolved it is by then. Their in-put goes into our morphic ocean. No time is involved, our morphic field exists– until our species is no-more.

So twice in a while, another current tickles our legs, it is not our own warm ocean, it is a current which swept in from future-else when in this vast morphic ocean.

Where did this mini-cold current come from? It is simply a part of our ocean. 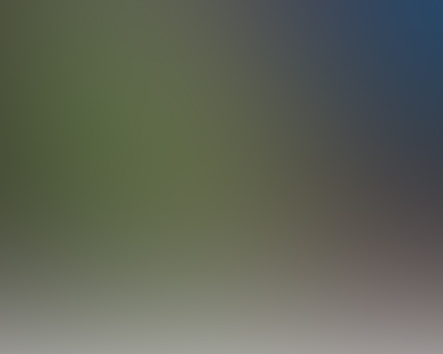 The bottom line is that UFOs, aliens, and paranormal realm are glitches in our perception of reality but they are nonetheless real. They simply are not where our perception is usually “at” – which is in our own time. However, time does not exist at the quantum level of consciousness. Our morphic field is not dependent on “time.”

Forging to Question Two:  Are there more UFOs than there are ghosts and paranormal events? What would this prove, if anything?

According to possibilities in Question One, perhaps the morphic  current from future humans is stronger than from past humans. Either it is normal and healthy for a species to feel more pull forward, or future humans themselves have stronger mind power as evolution of the species moves along.

Or, if Question One is all wrong, then here is a small shred of evidence that UFOs and the paranormal are not connected.  There are many more UFO sightings than ghost sightings. There should be an equal number, or close to it, if this is the same or similar phenomenon. Also, does a ghost figure ever emerge from a UFO? The two should converge at some point, maybe? 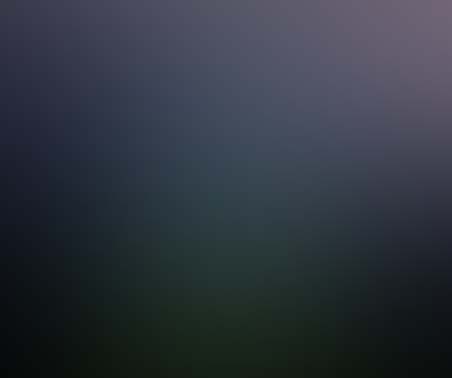 Question Three: Why do UFOs often have bright colors, brilliant lights and geometric shapes while ghosts usually are muted, wear soft colors, and are generally low key? It seems ghosts don’t advertise themselves like UFOs do. Sometimes UFOs seem to know a human is watching them, whereas ghosts seldom interact with humans. The aliens aboard UFOs have interactions with human abductees, but no one has been abducted by a ghost (that I know of).
At this point, I must say that I have always leaned toward not connecting UFOs and the paranormal realm for reasons like the one above. However, in Passport to Magonia and other books, Jacques Vallee has good arguments for the connection of UFOs and their aliens to some strange netherworld dimension(s) of human consciousness.

Perhaps this idea should be “unspooked” a bit and we should simply consider that there is a human morphic field, nothing “nether” about it, and that we apparently have powers of consciousness that we never dreamed of, as we went about our slave labor at Stonehenge or in the 2012 office nook.

Is it time to realize that it is we humans who put “spookiness” in our amazing morphic field? Are we frightened of our own powers? I believe we have been taught to be frightened of the perception abilities of our own consciousness. “Be afraid of ghosts! Boo!” Be afraid of aliens, they are probably blood sucking reptilians. Run away!”

Perhaps this is the moment in human history when our “Passport to Magonia” will be re-titled “a passport to the amazing quantum human consciousness.” Our human EM field is timeless and it has great powers of creation and perception. I believe we are ready to join a galaxy-full of other beings with great morphic fields of their own.

Something to get into one’s head (it took me a while to get it into mine): Just because your perception does play a part in the paranormal or UFO event, it does not mean those beings or ships you perceive are not also real. They are.

Question Four: We sometimes say that a ghost or UFO might have been an illusion, not on the part of the human observer, but an illusion set up by some power which controls UFOs and/or ghosts.

I feel it is more accurate to say we may be given conventionalizations by, for instance, advanced aliens who may be sheer energy-forms. These aliens want us to know they exist, they seem to seek contact with us even if it is limited. They know that our minds cannot perceive them because they are energy-forms (or something similar). Maybe we are not quite ready for this. 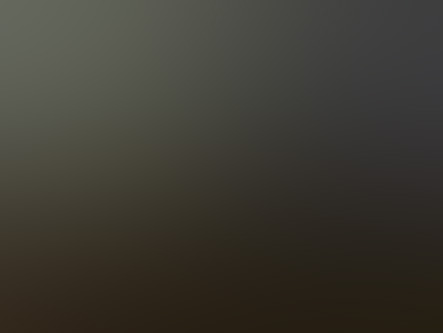 So, they give us something conventional which we can perceive, identify, and relate to. They give us a scout craft, just like we imagine a scout craft to be, having just left the mother-ship. Yes, the craft then changes shape, acts strangely, or zooms off at incredible speed. Don’t we expect this “unexpected” event?

Or, they give us the conventionalization of a biped humanoid, just a bit different than us. “Oh,” say the aliens, “let’s give him a big head, slanty big eyes, no prominent nose, a tiny mouth, and spindly extremities, this is probably what the humans expect. They can still relate to him somewhat.”

Ghosts also could be what someone or something figures we expect to see: A wispy old- fashioned lady, angry at her murder, and carrying a basket of wilted flowers.
In closing, these are all just “fun” theories and thoughts. It is good to stretch one’s mind and that is what I’ve just tried to do! I personally feel we need to do this in order to get close to solving or at least understanding UFO and paranormal puzzles.

Our planet is on the brink of losing her life force, or at least losing the magnificent life-giving power she had just fifty years ago. Yes she is a middle-aged planet but she is dying too soon, too fast.

I feel we humans must free ourselves of the fears by which we have been enslaved. Our slave masters are organized religions, multi-national corporations, greedy politicians and their governments, and our own ignorant, lazy somnambulism as Rome (our planet! our beloved home world!) burns.

It may be that going into convoluted theories like I just did, is not necessary. What a relief, actually, if the aliens just jogged over from Titan! Or if that UFO simply is The Enterprise after it got thrown off course by a nasty worm hole – hello great, great, great, great, great grand- children!

When all is said and done, perhaps convoluted or simple answers are not as important as our urgent need to save our own world and to accept that other forms of intelligence are visiting our skies who have never attacked us.

We need urgent help. The problems of Earth in 2012 may be beyond our species’ ability to solve in the limited time we have left, and there is little will to try to solve them at all. Those of higher intelligence and higher technology could well be our only answer at this point. We have to come at this positively, with hope, with our own intelligence and integrity, and with our human spirit of pioneering: Welcome to Earth!

Exo-Trekking is free and so are our minds! Ask for Exo-Trekking! [email protected]