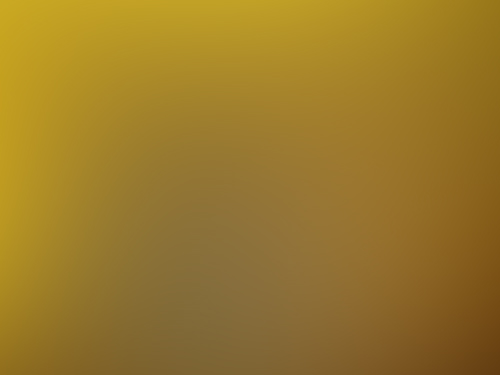 We sell ourselves short: Are we positive that humankind joined with computers in the future to create what is called The Singularity? There is much evidence for the existence and influence of ancient astronauts in Earth’s past and it seems these “Sky Beings” were seeking contact with what might be called “pure humankind.” Would computerized beings seek this kind of contact?

Ancient astronauts were present throughout much of Earth’s ancient past but they particularly left their mark on emerging civilizations. These civilizations were native peoples no longer in the “cave days” but not yet touched by the march of sophisticated material and industrial progress.

For instance, The First Egyptian Dynasty apparently had great vigor – a dynamic evolutionary thrust. They were creators of art, architecture, a social structure, scientific innovations, creators of war-like behavior and love dramas.

The Mayan Empire, another vigorous native civilization, also seems to have attracted the “Sky People.” Mayan mind-channels were wide open to astronomical discoveries and then making use of those discoveries. They used their brains and brawn to build pyramids which contain to this day, mystical secrets and treasures. The Sky People were drawn to this behavior, they watched and apparently participated.

My question: Why would the computerized, future human Singularity be particularly attracted to these raw, dynamic human civilizations? Computer intelligence would not be attracted to raw, dynamic humanity; in fact, computer-like beings would be confused with the chaotic native energies and would most likely decide these people were not viable for interaction.

The ancient Egyptians, as an example, were the diametric opposite of computerized humans. Apparently the Egyptians were hot blooded, highly creative, highly emotional, and mystically inclined. I do not aim to speak in stereotypes even of ancient peoples, but from the Sky Beings’ (ancient astronauts) non-computerized point of view, these were fascinating human characteristics and they interacted with this dynasty.

However, if we look at the ancient Egyptians and Mayans from a computer point of view, they were  incomprehensible and not well-wired. They would not attract computer intelligence.

For this article, I am assuming both are true. I do feel it likely that ancient astronauts were a form of humankind, perhaps one or two steps up the evolutionary ladder from us. I also do feel that some current UFO occupants are future humans; this has been my opinion since way back in the 1970s.

I do not see evidence that the future human UFO occupants are of the human-computer Singularity. We certainly should not assume this and close the book.

As well as the ancient astronaut passion for working with dynamic emerging humanity, it seems some UFO occupants have a human-like empathy for us down here in the present. For one thing, they have never fired on us, wiping out some or all of Earth’s human population. Years have gone by and the UFO phenomenon seems nearly at a stalemate: UFO occupants will not declare overt war on humankind but they hesitate to come shake our hands.

Wouldn’t computerized future humans make a logical decision by now? Wouldn’t they either wipe out the lesser species (Homo sapiens) and take Earth for themselves or just go away?

Computerized humans would seek information, always. That’s what computers do. The Singularity would have the Internet on steroids in its head. Information alone would be “god.”

The Singularity would not have a fascination for emerging, dynamic native peoples – not enough to go interact with them on an extended, intimate basis. It would not have compassion and integrity, so it would not play a waiting game over many centuries. Decisions would be made efficiently.

Oh, there might be a trace of human emotions and behavior in The Singularity but computer behavior (if it can be called “behavior”) would rule.

I am saying, look at the evidence of UFO occupants’ behavior throughout Earth history: It is not the behavior of computerized humans. So let’s not decide all of a sudden that future humans are automatically all part of The Singularity.

Some believe that Jesus was a future human who beamed up to sick bay after three days of being “dead.” (Yes, that is too simply expressed).  Was this man Jesus typical of a computer? Or was he quite the opposite? Was he a human from the future or an extraterrestrial? One thing he was not, is a computerized being.

If UFO occupants are The Singularity, how could this be? Are millions of people wrong in the contact they feel? It is easy to say new agers are deluded or gullible. That simply is not true in most cases, and new agers are decent enough not to strike back with name-calling of those who bully, deride and dismiss them.

Yes, it does seem in 2012 that humans, particularly young people, are being taken over by a mania for computer gadgets and other high tech. However, in the future there might be a catastrophe which robs all of us of our handy high tech, so that we humans will have to go back to our raw, dynamic creative energy. Perhaps future human UFO occupants are a result of this “forced return to the Earth and to things that count.”

Or perhaps some of humanity will chose to have that chip implanted and become hooked into The Singularity.

If this is true, again we sell ourselves short because I believe other humans will resist. Humans will resist to the end, ask the Resistance in World War Two, ask the Irish rebels, ask Occupy Wall Street, ask the Freedom Riders, ask David Koresh and Jim Jones.

Of course this is supposition. However, I do offer two bits of evidence that UFO occupants are not The Singularity:

I do realize that some abductees have felt a coldness and computerization during their ordeal. I am not speaking of individual abductions here which vary widely, but rather of the governing policy of the UFO occupants as the years roll by.

Finally, I respectfully disagree with Chris Holly that the “fun zone” should be removed from UFO discussions. A bit of humor is not what is holding us back! A bit of humor is also very human and not the behavior of computers. So I feel humor is a good thing, as is having fun with the subject. Who knows, it might even provide the inspiration that solves the puzzle!

I might not call it “fun,” I might say that enjoying free thought is a stimulus to better, more intelligent creative thinking. To me, fun is more like riding the Ferris Wheel at the county fair.

A basic question: Is it we common folk who are holding back humankind’s quest to find out about UFOs? Do we deserve to be constantly admonished?

In my opinion, no, we are not the problem. The problem: Governments and therefore the media will not disclose even the existence of UFOs, let alone tell us the facts that are known about UFOs.

The second problem is the UFO occupants themselves. They will not come on down (up to this minute), and either conquer us, save us or at least say hello.

How is the humor or “fun” of us common folk – the barrier to knowing The Unknown?

Actually, the day we humans know every ounce of information in the universe will be a dark day in my opinion. Then–The Singularity will be complete, because I feel The Unknown is a good thing. It is the darkness of The Moon and the cry of the Night Hawk.

Yes, we have checked out the dark side of the moon and the night hawk might be becoming extinct, but The Unknown will always stretch out before us – a new Unknown, if you will, a catalyst to our evolution.

Meanwhile, a bit of humor and fun – a nice smile – is not keeping us from knowing the truth about UFOs and their occupants. Don’t blame us for blocking progress nor for being human!

Come aboard Exo-Trekking, it is free and maybe even fun sometimes!