UFODigest.com » Paranormal » 2012 » Are the Children of Earth Manifesting Their Own Reality and Future? 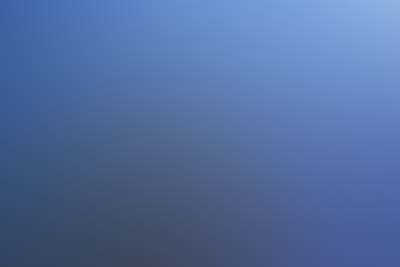 Is the supposed loss of interest in UFOs maliciously-planted disinformation, pure and simple? Was this “news headline” planted by the powers-that-be because they know we as a species are close to the truth and this truth will make these powers-that-be – lose their power?

There have never been more intriguing, up close, mind-boggling sightings! Yes, there are a lot of CSI (computer-generated images), and photo-shop images but maybe even these have their place in manifesting our future! Let me explain as the article goes on.

So what is this article about? It’s about our brains, for one thing.

Brain: an apparatus with which we think we think 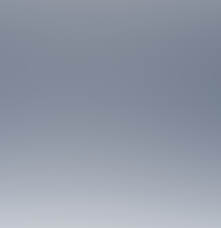 Our consciousness is fed by pure and unaltered data received through our sense organs. The brain lateralization theory suggests that the left cerebral hemisphere manipulates the received data and somehow portrays the “objective reality” which we currently embrace but this left-brained version of reality does not necessarily correspond to the total consciousness which flooded in (that is, what the incoming data actually should tell us).

We, as a species, constantly sketch our so-called objective reality out of these incoming quantum waves. The left-brain censors and filters these waves constantly; rather like the global powers-that-be, it wants to remain in charge. The left brain is a control-freak and fears losing its over-riding power to create its version of “reality.” However, left-brain dominance is simply the current evolutionary state of the human brain

Of course part of the trouble with the right-brain is that it is gullible, giddy, creative, and leads one generally down the primrose path. However, the truth remains that to fully understand the nature of the cosmos and in-coming consciousness, we need all the help we can get – and that includes both sides of our brain, for goodness sake!

The trick which the human race is learning, is to control both the right and left sides of mind, so that a more clear, precise picture of the Whole Reality emerges. This Whole Reality is not a product of one side of the brain dominating the other; it is larger than the sum of its two parts!

Whole Reality manifests as the two halves stop contradicting each other and work together. Thus, a UFO sighting might be of a triangle craft with odd bright lights – a left brain version of reality. However, it also triggers in the individual who witnessed this sighting, a life-long  search which leads to philosophical, scientific, even spiritual paths. The sighting triggered a right-brain awakening.

An analogy: A rainbow is, scientifically speaking, a prism created when the sun shines through rain. However, the rainbow also generates hope, inspiration, and mysticism. Both are true.

What phenomenon triggers this evolution of the right and left side of the brain into wholeness, more than the subject UFOs and aliens? Yes, perhaps a sighting of Jesus or a ghost, but for many of us, ghosts and Jesus lead to the past. This is not necessarily absolute reality, it’s just how we see it. And, The Future always beckons more than The Past for the species as a whole (there may be those individuals who love the past, and that is fine). The Future holds more power – the power of evolution.

The Future tends to have spaceships flying around, highly intelligent beings who are not human, and a general over-coming of the restrictive left-brain filter of reality. However, the left-brain should fear not, because in most versions of The Future, it still has equal footing: science and logic flourish more than ever.  As the left brain lessens its censorship and crosses the bridge to a whole brain consciousness, it will become stronger than ever. If our left brain stops being a control freak, it will find invigorating new in-put to process.

What does this have to do with UFOs and aliens? And why are the fake videos, pictures, and reports, maybe not so bad?

Consciousness, like a lapping lake, fills our brain; our left brain hurries to interpret it, to be the row boat which gets it under control so that “reality” can be handled and its long-time version of reality can be maintained.

As all the UFO and alien data comes into our consciousness, whether it is true or false, our minds are slowly adapting to deal with it. Judging whether it is accurate or a fake is part of the process.

If we have a UFO sighting or alien encounter, our left brain has to deal with it very rapidly and it might – just might – allow the spiritual right brain to help. UFOs are really flabbergasting our old left brains, yet there they are!

Our brain has to find a bigger boat, a larger version of reality, because the lake of consciousness is really lapping right into the row boat!

UFOs and their occupants push the evolution of our brain along. They force us to allow more pure consciousness, thus we escape from the censored version which the left brain has given us. When we go to church, we might let the right brain out for an hour, but otherwise, modern human society is a dictatorial left brain reality. Anything additional is considered insane, superstitious, fanatical, or at best, daydreaming.

Defining consciousness is an impossible task. A simple but incomplete answer is that “it is an informational domain.” But, doesn’t that sound like the Internet?

Our humble Internet gives us the concept! Before the Internet, each of us was an isolated consciousness to a large degree.

In an educated guess work, we can divide the processed information as follows,

So what can we possibly conclude? We must remember who created us: We are made of star stuff, yet Earth is our mother. Even if an alien race came along and interbred with us, we must figure that Earth’s mighty consciousness is intertwined with our consciousness. We are her children even if we had a partial alien beginning.

Therefore, Mother Earth must be involved, too in the UFOs and mystical phenomena which swim in our lake of consciousness. Somehow, as we exist in the scientific and spiritual realm which is Mother Earth, we, her human children, seem to be taking a giant step in evolution. She (Earth) must be sending out an evolutionary imperative to us. Earth is a living world and spirit who created us and we can only imagine the kind of perception and intelligence she possesses.

But, you say, evolution happens over millions of years, not overnight. This is true of physical evolution, but what about an upgrade in consciousness, which swims in electromagnetism? Also, for tens of thousands of years, we humans have been having spiritual experiences which indicate evolution is knocking at the door. UFOs, angels, spirits, ghosts, religious experience, elves, fairies, and more – these have been with us for thousands of years. So maybe it has been a slow evolution as our right brain struggles to be included in the Whole Reality – not to dominate – but to simply be included.

It becomes a mote point as to whether we are creating UFOs and their occupants as  there is less censorship by the old left brain, or if UFOs and their occupants do literally come from elsewhere or else-when. Obviously our consciousness is allowing us to see them more and to interact a bit. Our newly developed technology is helping. I never thought I’d have a positive comment on high tech, but I do! It is opening up our prison gates and is one of the catalysts of our “instant” evolution.

Look at those UFOs zig-zagging in the skies, faster than we can process, and yet there they are! Again this is thanks to high tech – cameras which can photograph them. So technology is actually helping to allow our full perception to manifest.

Yes, I do feel we are facing a moment of instant upgrade in consciousness; we are on the precipice of an evolutionary leap forward! This is what I have predicted for years and I stand by it.

It will happen when “enough” human minds manage an upgrade in the morphic field; scientifically, it is a change in electromagnetism. The critical mass of human enlightenment, a term which I have used for over 30 years, means that a critical mass of humans can now handle an upgrade, so as the “switch (upgrade) is tripped.” The result will be that more cosmic consciousness is allowed into the human reality; this new upgrade will become the dominant way the human mind works.

The old left-brain domination will fade. A “new hum” will be what it means to be human!

I realize I walk a tight-rope between being a sound, rationale UFO investigator and a far-out dreamer (to put it nicely), but science backs up what I say as a dreamer as much (or more) than it backs up what I investigate with my left brain (just the facts, mam!)

What are the “UFO facts?” There are no facts in our current definition of reality. UFOs cannot exist.

AND YET THEY DO.