UFODigest.com » Science » Space » Disasters » Comet ISON, the Sungrazer, Is Coming: Will It Cause a Solar Flare and Electronics Meltdown? 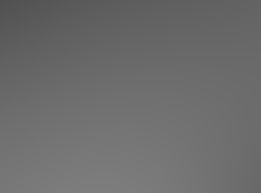 Comet ISON will be a close call for Earth but calculations conclude it will pass Earth safely; however, Sungrazer could bring a meltdown of satellite technology and otherwise cause a  technical Armageddon across Earth. Its potential effects have been compared to consequences associated with electromagnetic pulse weapons or a full-scale nuclear exchange.

David Eichler, lead author of a forthcoming Astrophysical Journal Letters paper, is theorizing that a sun-grazing comet roughly the size of Hale-Bopp (with a nucleus some 30 kms in diameter), could trigger cosmic ray-generating shockwaves large enough to initiate a complete global electromagnetic meltdown. Eichler is an astrophysicist at Israel’s Ben-Gurion University.

Eichlet feels that satellites could be put in protection mode but would otherwise be destroyed as Sungrazer ISON passes. Earth’s electronics, from micro-circuitry on cell phones to large power stations, could become non-functional.

If such a comet were the size of Hale-Bopp, Eichler says, the resulting solar flare would by far be the largest ever experienced. A comet gets compressed and then explodes in the solar atmosphere which, in turn, creates shockwaves and a gigantic solar flare. There is evidence that a sun-grazing comet may have triggered a large solar flare and cosmic ray-generating shockwaves as recently as 775 A.D., as indicated by tree ring analysis.

ISON is smaller than Hale-Bopp and the 775 A.D. comet, which is our only hope it seems.

If a large comet caused a meltdown, the actual particle acceleration would happen within the sun’s magnetic field, explains Eichler, but the comet would initiate the shockwaves. Traveling at a 1000 kms per second, the shockwaves would reach earth in about a day and a half. And the effects would likely be much worse than the 1859 Carrington Event, a solar super-storm that caused havoc on telegraph lines. In that event, the Aurora Borealis was visible as far south as Texas.

Eichler says it is possible that a very large comet could graze the sun once every several thousand years. “If a Hale-Bopp-sized comet grazed the solar corona, which Hale-Bopp did not,” said Eichler, “then you’d get a much bigger solar flare than the Carrington Event. Hale-Bopp might become sun-grazing in the distant future.”

Comet ISON is indeed a sun-grazer but not as large as Hale-Bopp. Are we safe?

Astronomers should ideally receive a few years notice if such a large potential sun-grazing comet comes around again. However, with a few classified military exceptions, our electronics remain unprotected against such potential an event. Today, the Carrington Event itself would be devastating and it wasn’t particularly powerful or all that unusual on an astrophysical timescale.

After completing his research, Eichler says he is most surprised by the fact that we’re still here to tell the tale. “I didn’t realize the solar system was such a dangerous place,” said Eichler. “Just the fact that we’ve gone as long as we have without worse things happening may be why we’re here.”