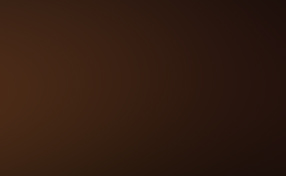 Two comets will be traveling very close to Earth in 2013 and all those ancient legends, warnings, and prophecies find their way into our worried minds again. No, I’m truly not trying to kick the can down the road to 2013! And for the record, I never thought 2012 was the End of Days; it is simply that these two comets approach us with all the mysticism, fear and eventual spirituality, with which comets have always been associated.

On September 21, 2012, two amateur astronomers Vitali Nevski of Belarus and Artyom Novichonok of Russia, used a telescope owned by the International Scientific Optical Network. They discovered a comet headed toward Earth and they named it Comet ISON, which is an acronym of the instrument on which they discovered it.

At present, the best calculations tell us that Comet ISON will travel very close to the Sun – about 750,000 miles (1.2 million km), above the Sun’s surface – making it a “Sungrazer.” This should happen on November 28, 2012 (Thanksgiving Day in the United States). 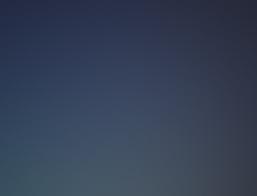 Comet ISON probably will become bright enough to be visible in broad daylight around the time of its nearest approach to the Sun. It will then travel toward Earth, passing within 40 million miles (64 million km) of our planet one month later.

Comet ISON will be close enough for the sun to literally boil or fry the orbiting comet. However, this allows for the best possible light show, as the tail illuminates the sky from fragments and debris. Apparently astronomers figure ISON will not be completely boiled away, and will travel onward toward Earth. These are the best calculations thus far, but it is still early for precise calculations.

Comet ISON should be well-placed for viewing in the morning and evening sky if you live in the Northern Hemisphere.  ISON could become one of the most watched comets of all time, out-ranking the “Great Comet of 1680,” according to astronomers.  It could well outshine the Moon. 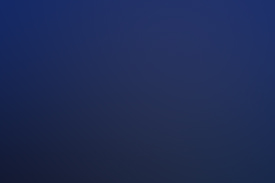 So, if it is coming this close, are we safe? Are we sure that with a slight trajectory change or miscalculation by astronomers, it will not slam into Earth? Or, more likely, will it cause great tidal fluctuations on Earth which already has rising waters and dangerous tidal surges with hurricanes (also in November sometimes). Will it make other disasters which might be occurring naturally during that time – worse?

Go to Space.com for more cosmic events happening in 2013, including an annular solar eclipse or “Ring of Fire.” Bets are on that Comet ISON will be the most memorable!

Comet PANSTARRS discovered in June 2011 using the Pan-STARRS 1 Telescope at Haleakala, Hawaii, is expected to put on its best show during this two-week period. During this time, the comet will also be near its closest approaches to the sun (28 million miles, or 45 million kilometers), and Earth (102 million miles, or 164 million km).

While Comet PANSTARRS was a very dim and distant object at the time of its discovery, it has brightened steadily since then. It still appears on target to reach at least first magnitude and should be visible low in the west-northwest sky shortly after sunset. On the evening of March 12, 2013, the comet will be situated 4 degrees to the right of an exceedingly crescent moon

Most of us remember Comet Hale-Bopp and the Heaven’s Gate cult who committed mass suicide in order to return to Hale-Bopp which they considered a spaceship. Otherwise, we all survived Hale-Bopp; those days seem so quiet and peaceful to us now. The mass human consciousness is churning and troubled these days and this partially accounts for the insanity of mass shootings. We as a species need new ground to explore, new challenges, and we need to escape from the old bugaboos of war, rotten politics, and the downright stupid hassle for that stuff called “money.” We are sick of our old problems!

The two comets of 2013 will likely not amount to any huge change on Earth for better or worse UNLESS the human mass consciousness becomes sufficiently engrossed in what the two comets could bring mystically and spiritually. It is the human morphic field which governs reality, not  frozen space rocks called comets.  However, the two become inseparable – as Reality Itself is created in 2013.

Part II of this article is here: https://www.ufodigest.com/article/comet-ison-sungrazer-coming-will-it-cause-solar-flare-and-electronics-meltdown

Join me on Exo-Trekking, free newsletter, free in spirit too! [email protected]