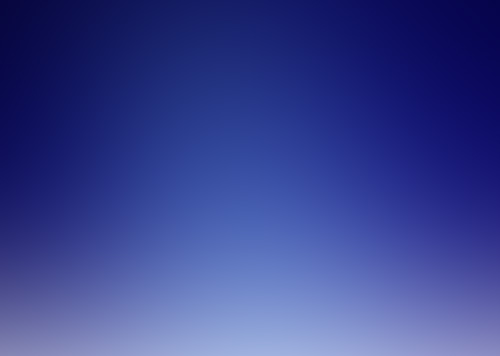 Every living creature dies – or does it? If an individual was abducted in 1952 by a seemingly young human-looking alien, is this alien now an old alien? If he had a human lifespan, he might well be dead by now. Or does he look the same as he did in 1952? And what if some aliens are energy-forms or light-forms, do they ever die?

Obviously I do not know the answers to my questions but I’d like to share some thoughts on aliens and death or “death.”

Artwork Above: A curious young alien?

To begin with what we know of life on Earth, we assume, generally speaking, that higher life-forms have longer life spans. As humans we conceitedly assume this means we are at the top of the heap, but elephants have lived to be 82 years old. Land tortoises live to 110, and sea turtles live to be 150 years old. Perhaps we are not the most intelligent creature on Earth.

According to this line of logic, how long would humans of the future live? Even today, our life span is getting longer; the only drawback is we have contaminated the planet so badly that we are victims of such diseases as cancer, auto-immune diseases, and in some areas, victims of the horrendous conditions in which some humans have to live because the rest of the humans won’t help sufficiently. Also, of course we of the “civilized world” over-indulge in the fast foods and processed items which multi-national corporations sell us.

Of course perhaps Homo sapiens became an android race before the end of the 21st Century; if we can believe predictions regarding human-computer singularity, this will be true. If this is the case, those aliens (future humans who are androids) must live forever. Or perhaps “must live nearly forever,” would be more prudent. 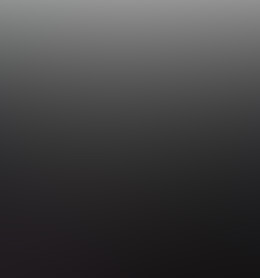 Artwork: Old aliens with their “dog”

If that young human-looking alien from 1952 is a future human android, he probably looks the same as he did in 1952, as I grow older. Annoying! But wait a minute!

If some aliens are actually humans of the future, whether computer-enhanced or not, it seems they might not die at all, or at least, that they have much longer life spans than their ancestors of 2012.

What if occupants in UFOs are actually extraterrestrials? There must be a plethora of alien races visiting us and we have no idea of their species’ history, what their genetics are (if they have genetics), or even if they are actually physical beings. They might simply be projecting an image of a humanoid gray or a familiar reptilian. Then what is the source of the projection and how long does it live

And what if they are silicon-based instead of carbon-based? What if their “life-giving water” is actually life-giving methane, which is very abundant on Saturn’s moon Titan, for instance? We can only imagine what a silicon-based life-form would look like but if it has anything to do with being rock-like, these aliens might have a very long life span. I admit, I have not stopped to educate myself about the details of silicon, I am simply remembering The Horta from Star Trek who was like a big, shaggy, highly intelligent rock. She actually burrowed through rock and her eggs were silicon nodules. She lived for hundreds of thousands of years.

Artwork: An educated guess of what silicon-based life looks like

What of life-forms who are pure energy? How long does energy live? Without an aging physical body, it seems that energy, which can only change but not be destroyed, must live infinitely.

For believers in angels, do angels die? Are they not actually pure, good energy? Is Archangel Michael the same man he was in the year 1000

There are indications that some UFOs are energy-forms and not physical vehicles as we understand them. Perhaps these craft which manifest and de-manifest, are sent out without beings aboard them but it is also possible that the beings are aboard when these craft manifest and de-manifest. What kind of wonderful life-form is this? It doesn’t even seem like computer intelligence but rather some very advanced form of Nature herself!

Even if the aliens behind the manifesting and de-manifesting craft are not aboard but rather at a command center somewhere in our skies or under our oceans, it would seem that these beings must have conquered “death” long ago.

We are raised with the concept that all things die, “of course they do.” Religions accomplished a foothold into the human community by promising eternal life, only if one is a follower of their particular doctrine. We all fear death and so promising to not let it happen, gives religions huge psychological and spiritual power over us.

Many of us feel there is no “death,” that consciousness goes on, infinitely. This is a concept on which the new age has cast a spotlight. The new age might have taken the idea too far without proof; many assume the aliens are ascended masters or similar, and thus are automatically immortal. However, aliens could be very advanced, evolved and and even enlightened, without being perfect gods and without being immortal.

We can all point to someone who overcame a supposedly terminal disease by refusing to die. We can all agree that the individual’s mind set or the power of his or her spirit (both mind/spirit), can overcome Death’s knocks on the door – for a while.

So, we assume the aliens have developed advanced powers of the mind and that their intelligence and intellect is far beyond ours; therefore, they must be better able to battle off death itself. They might be able to overcome death for millennia.

There are humans who are UFO contacts who have also had near-death experiences; those experiences have taken them into the realms of what they feel to be – positive, advanced aliens. Often these individuals feel they were healed by the aliens and possibly that an alien spirit then “walked into” their body, bringing enlightenment and new vistas on the cosmos. The accounts vary individually but it seems that “aliens” and “no-death” have some connection.

A skeptic would say that this is only because humans are trained by religions to give credit for having been saved to deities or advanced beings. A skeptic would say that a near-death experience is simply trauma and shock causing hallucinations as death nears, but then is defeated medically. However, what if the alien realms exist somehow outside of the grips of death, so so we see these realms when near “death”

However, I am asking if the aliens might be offering us life spans which last 500 years or 5,000 years!

In a roundabout way, it is actually our own evolution which might be offering this, because perceiving that aliens exist, that they visit us, and that we are to actually meet them, is the pounding force of evolution in some manner, shape or form. I am convinced of this.

The idea that humans of the future have come back to help us (and thus help themselves), with a critical evolutionary step before we destroy ourselves and our planet, is a fascinating concept. It is a concept which I personally have concluded is valid.

I also feel that positive, advanced aliens from far distant worlds – aliens who are energy-forms and thus immortal by definition – are part of who/what is visiting us.

Maybe our evolution into near-immortality is being pushed on us more quickly than Nature would normally function, simply because our Planet Earth is in crisis and in danger of dying as a world who/which can support higher life-forms.

Whatever the specifics, as we scan the skies for a UFO, we need to re-think the old “fact” that “everything dies.” It is possible that the aliens in those craft, do not die.

On the other hand, the human-looking alien who visited me in 1952, might be a really old alien by now, which is some comfort to me as I get older. 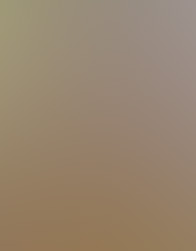 UFOs and their aliens within, force us humans to examine our old beliefs and “facts” as never before; this is a mighty force of evolution! And what would we do without those aliens!

August 2012 Exo-Trekking now available and it is free! [email protected]