UFODigest.com » Religion » Miracles » DOES MAN HAVE AN AUTOMATIC EXPIRATION DATE OF 120 YEARS AS GENESIS TELLS US? 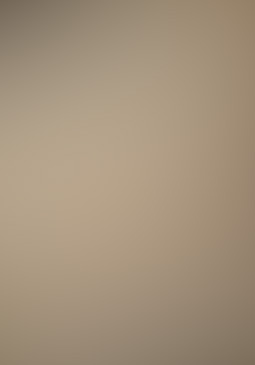 Genesis 6:3: “My Spirit will not strive (abide) with man forever, for he is indeed flesh; yet his days shall be one hundred and twenty years”

Shorty Sanchez died at 112 years got very close to beating 116-year-old Jiroemon Kimura of Japan as the oldest man to live. The oldest woman living in the world is Misao Okawa of Japan at 115. None of them has beaten yet the Genesis expiration date of 120 years. It was a woman that beat the expiration date announced by the Lord and her name was Jeanne Louise Calment of France. She died at 122 years old and 164 days perhaps women have a longer expiration date in their genetic code than men?

We see in the Bible that some men after the Great Flood of Noah lived longer than the 120 years but we don’t know about any women. Jacob is said to have lived 147 years as well as Abraham who is said to have lived 175 years. Mankind is living longer about 80% of the rich nations will live to be over 70 years old. Many scientists have confirmed the 120 year expiration date. Leonard Hayflick believed the human body had a 120 year old limit but no one has proven his theory. Mouse cells divide indefinitely in laboratory conditions. They have taken cells from a 60 year old man and then from a younger man and found they replicate the same amount in the laboratory.

The two trees in the Garden of Eden was one with Knowledge and the other of Life. Is man on the verge of eating from the Tree of Life and heading for immortality? The verse from Genesis 6:3 talks about the expiration date the Spirit resides within man. Genesis 6:4 talks about “they were Giants on the earth in those days; and also after that, when the sons of God came unto the daughters of men, and bare children to them, the same became mighty men of old, men renown.” It is about genetic manipulation of the human race that is recorded in Genesis. The Great Flood of Noah or the extinction event which occurred all over the planet brought mankind to the brink. The giants were not completely destroyed by the flood as we can see in the story of David and Goliath. The Nephilim were referred to in the Book of Enoch and Genesis who the “sons of God who came from the heavens “.  In Wikipedia on the word Nephilim, it says “In Aramaic culture, the term niyphelah refers to the Constellation of Orion, and nephilim to the offspring of Orion in mythology.”

The Orion constellation is interesting because in the Chartres Notre Dame Cathedral in France stained glass windows from the 1200’s depict the “Giants or Nephilim.” One is a picture of Orion who carries a club and another of a female giant. Many pyramids on Earth were placed in certain positions to give reverence to the Orion Constellation. We may see in our lifetimes the cracking of the expiration date of 120 years and then mankind’s consciousness shall have a great awakening. Does man eat from the Tree of Life and become “Like Us”. Genesis 3:22 has the same numbers as the Skull and Bones 322 symbol of Yale University’s club. A question is asked in Genesis 3:22.

And the LORD God said, Behold, the man is become as one of us, to know good and evil: and now, lest he put forth his hand, and take also of the tree of life, and eat, and live for ever:

We will be allowed to live forever and who will stand in our way.

Read our Book Keys of Life on Amazon