Rosslyn Chapel is a mason’s heaven with its stone stars shining up on the ceiling. I got to see Rosslyn for the first time and want to share my impressions of the great stone chapel.

Joseph the father of Jesus was said to be a carpenter. A carpenter’s tool would be a square and compass as well as a mason. Geometry in Greek means Earth measuring.

Geometry is one of the oldest mathematical sciences. Oxyrhynchus papyrus (P.Oxy. I 29) showing fragment of Euclid’s Element. The papyrus is dated from the first to the sixth century AD. Rosslyn has been called Saint Matthew’s chapel and it is Matthew who talks about Joseph profession.

The word carpenter may have been a mistranslate for “tekton” which meant builder of homes. Joseph could have been a mason. An educated man learned in mathematics especially geometry. The Sinclairs and Saint Clairs have a connection with masons in the building of the House of God, Rosslyn Chapel. The Saint Clair’s were elected to the Grandmaster title of the Scottish freemasons.

Rosslyn.  I talked about the steeples taking the two basic shapes pyramid and cones

Black and white squares of the Freemason floors resemble the chess board of which opposing forces battle back and forth. Polarization is a force which is produced by the interaction between positive and negative energies. Rosslyn steeples maybe symbolically demonstrating this between the cone shaped steeples verses the pyramid steeples. Freemasons call their deity “The Great Architect” which the compass and square makes perfect sense as their sacred symbols. 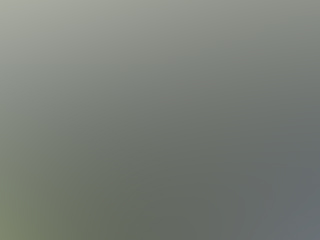 Masons in the Middle Ages were highly educated. Villard de Honnecourt left us his sketchbook which showed sketches of perpetual motion machines as well as mason works. A mason would be on the level of a graduate from a university. He was skilled in mathematics, arithmetic, and grammar.One of the first Masonic texts is the Regius poem. It consists of 64 written pages in poetic form. The poem begins by evoking Euclid and his invention of geometry in ancient Egypt and then the spreading of the art of geometry in “divers lands.”

James Halliwell has connected this document with freemasonry and its beginnings going back to the reign of King Athelstan from 924 to 939. The Kirkwall Scroll hangs on the west wall of the temple of Lodge Kirkwall Kilwinning No. 38(2) in Orkney.. The debate continues on the Kirwall Scroll’s authenticity. Henry Saint Clair gained the title of Prince of Orkney through marriage. In 1583 King James IV appointed William Schaw as master of the masons. He is considered the founding father of modern freemasonry. He developed lodges to keep written records. I t is said the Kilwinning Lodge was one of the earliest lodges of masonry. Later in the 1700’s William St Clair of Roslin was elected the first Grandmaster mason of the Grand Lodge of Scotland. William was initiated as hereditary Grandmaster in 1736. Albert Mackey, 1898 From The History of Freemasonry and The Story Of The Scottish Templars writes…

“After the execution of de Molay, Peter d’Aumont, the Provincial Grand Master of Auvergne, with two Commanders and five Knights, fled for safety and directed their course toward Scotland, concealing themselves during their journey under the disguise of Operative Masons. Having landed on the Scottish Island of Mull, they met the Grand Commander, George Harris and several other brethren, with whom they resolved to continue the order. D’Aumont was elected Grand Master in a Chapter held on St. John’s Day, 1313. To protect themselves from all chance of discovery and persecution they adopted symbols taken from architecture and assumed the title of Freemasons.”

Scottish Rite Freemasonry has many lodges in America. Albert Pike was Grandmaster of the Lodge in New Orleans.  Legend of D’Aumont may have become incorporated in the rankings of order and their rituals. Another legend talks about how the Templar knights were protectors of very precious sacred treasures. Geoffroi de Charney was a high ranking Templar who travelled to Scotland and was burned with De Molay the Templar Grandmaster. It was De Charney’s family who had in their possession the Shroud of Turin. Hugh de Payens one of the Templar masters gave the lands of Balantrodach to the Templars. It is very close to Roslin.  Legend of D’Aumont has traveled all through the lands being incorporated in the very powerful Scottish Rite Freemasonry mythology. The compass is an important tool of the freemason and mason.  It is not just used to build with but it helps guide the sea faring captains through the sea. The Saint Clairs were a sea faring family and their heraldry sports ships on their shield. While up near the steeples I noticed the outside stone structure of the stained glass window.

The window from this angle looks like a rose compass notched with degrees.

Replica of a 32-point compass rose from a chart by Jorge de Aguiar (1492), the oldest personally signed and dated Portuguese nautical chart. The first letter of the main winds are composed to form T(E)MPLOS, an acronym of the Knights Templar Navy

A compass is an important part of the mystique of Rosslyn. Legends have said one of the Saint Clair’s navigated a boat to America. The Kensington Runestone in America has been studied and a theory that it was placed in Minnesota by Crusader knights who marked it with a rune message carved on the stone. How did the Viking Leif Erickson navigate the Atlantic Ocean? It is possible he used a Viking sun compass discovered in Greenland by the archeologist C. L. Vebæk of Denmark. The Viking sun compass was in use before the magnetic compass. The Vikings also used the sun shadow board called a“solskuggefjøl”.

Another theory is the sun stone. In the one of the Viking folk tales the leader can not see the sun through the clouds. He lifts the sun stone and the rays of the sun light the stone which points the way. Bees have been discovered by Karl Von Frisch to see polarization of light in the sky. It is interesting next to the stained glass window was a human made beehive with real bees were found inside of a steeple at Rosslyn. The octopus use polarization vision in the deep water. A rainbow is a polarized arch. The Rosslyn stained glass window on the wall above the Lady Chapel within it is a square within a circle. It illuminates the chapel with the rays of the sun and at the center the cross. The East window receives the morning sun rays where the scene of three women finds only angels in an empty sepulcher with a scroll written with the words “He is not here, but is risen”. The sun is rising in the east representing the Resurrection. St Matthew’s feast day is on September 21 which is the time of the autumn equinox which the stained glass window points directly east and also on the spring equinox.  In the Lady’s chapel we find the dance of the dead which tells the tale of mortality and immortality. The compass rose is the symbol for the Anglican union of churches

The Compass rose or wind rose is a figure on a map or nautical chart. It is used to identify the four cardinal directions. Boxing the compass is when the thirty two pints on a compass are named going clockwise. The traditional wind name such as Zephyrus is on the compass rose. The outside ring is indicating True North while the inside ring denotes Magnetic north. The planet earth has its own magnetic field which is how the magnetic compass works. The Earth’s magnetic field extends into space which it is called the magnetosphere. Magnetosphere protects the earth from solar winds and is generated by electric currents in many different parts of the earth. It is this process that produces the North’s dance of the spirits. The Dance of the Spirits is the phenomenon called the Aurora Borealis which those who lived in the North experienced at night. Is the Dance of Spirits similar to the Dance of the Dead carved in stone in the Lady’s chapel? Rosslyn chapel is a place of reverence to the amazing biochemical process of photosynthesis with its flowers of every kind carved in stone up above on the ceiling and walls. Polarization is light reflected by shiny substances. The Vikings and Norse used the sunstone to help guide their ships through foggy and cloudy days. In the 1950’s the sky compass using sky

polarization helped guide planes near the Earth’s magnetic poles when the skies were cloudy. The compass like stained glass window seems fitting pointed East where the sun rises to guide us to our way on earth and in the heavens. The idea of polarization brings into play the geometric vector. A vector is a carrier; it is used to carry point A to point B. It plays a part in physics. The Vikings were great navigators of the sea. The Sinclair’s knew to be a good navigator one needs a good compass.  Rosslyn is a chapel with intricate carvings of stone which holds answers to many of the great mysteries of science