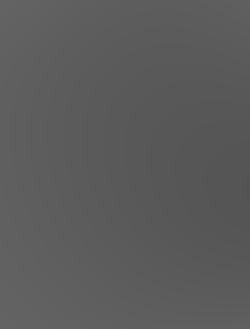 I recently got back from Rosslyn chapel and got a heavenly view from on top of Rosslyn. Rosslyn has many legends associated with it. Some say its home to the Holy Grail. The Apprentice pillar is said to have the cup of Christ within the pillar structure. It is connected to a legend that a master mason kills his apprentice out of jealousy. The legend is very similar to the Freemason ritual of Hiram Abif’s murder by three men looking for his secrets.

The work of restoring Rosslyn’s steeples from their deterioration from age and elements gave me the opportunity to climb to the roof. Rosslyn chapel is a chapel founded by William Sinclair in 1456. In 1484 William Sinclair died and succeeded by his son Sir Oliver who helped finish the chapel. Sir Oliver was at the marriage between Mary Queen of Scots and Lord Darnley at Holyrood in 1565 and died the following year. Three dates are given for the consecration of Rosslyn one is Kennedy in 1440, Graham in 1466, and James Stewart in 1497. The consecration crosses are still seen carved into the stone and was anointed with holy oil. It is interesting the consecration cross is a cross crosslet. Godefroi Bouillion

leader of the First Crusade and ruler of the  King of Jerusalem. The four crosses on his chest connects the cross crosslet symbolism of the crusader families who participated in the Crusades. It dates back to 1066 and seen in the Bayeaux tapestry.

“The Iconography of Early Anglo Saxon Coinage writes: ‘In the mid 750s Pepin the Short (751-68) has re-established tighter control over the Frankish coinage, bringing it under stricter state monopoly.  This was also the pattern if the new Anglo-Saxon coinage under Offa of Mercia (757-98),”

King Offa made Lichfield archdiocese with its own bishop thanks to the pope. This Lichfield Bishop he consecrated Ecgfrith as king (Offa’s son). Lichfield is where the Shugborough Monument is located. Offa’s daughter was said to have been an abbess named named Æthelburh who held leases of land. The white dragon is sometimes used as a heraldic symbol for the Kings of Mercia. Tolkien compared the Mercians to the family of Rohan and used Mercian names for the Rohan geneaology. So the cross crosslet goes back farther than the Crusades and has a relationship with the Mercian kings who lived at the time of the Merovingian and Charlemagne.

“The red cross on white is for the Church of England, of which the Episcopal Church is the American representative, the white cross-crosslets represent the nine original dioceses and the blue canton with the crosses in saltire is a reminder of the Episcopal Church of Scotland from whom the first American bishop Samuel Seabury received his consecration as bishop.” The red cross is “St Georges cross” as well as the “St Andrew’s cross” are part of the heraldry. It is said the cross crosslet represents the fourfold mystery.

The fourfold mystery is the mystery of the four gospels, the nature of the Christian beliefs, & the solidity of the faith that comes from the faith of Christ. The “four-fold mystery” symbolized by the cross crosslets has been described as as the four mysterious & miraculous acts of Christ; the Transfiguration, the Crucifixion, the Resurrection, & the Ascension.

The square within the circle being the most potent of all magical figures.

The most sacred oath of the Pythagoreans was “by the Sacred Four,” or tetraktys.

A varience of the cross crosslet is the cross botonee or “Budded Cross”.

One bud can remind us of Aaron’s staff that budded (see Num. 17) and was preserved in the Ark of the Covenant. Two buds look like bones cross which is the skull and bones cross used by the Freemasons who use a crossed hoe and scepter. The two bones crossed represent the two arms crossed across the chest of the deceased. Egyptian kings like Rameses were found with their arms crossed over their chest . Its symbolism was used by the Nazis and called the SS Totemkopf. It is a symbol outside cemeteries, catacombs and crypts. Golgatha (the place of the skull ) was the place Jesus was buried. Some say the cross represents Adam whose bones were given to Mechizedek who buried them at Golgatha. Jesus blood flows on the skull of Adam which washes away the first sin.

Another budding staff of importance in England and Scotland is that of Joseph Arimethea.The legend says Joseph brought the Holy Grail with him when he left Jerusalem. At Glastonbury he places his staff into the earth which budded the Glastonbury Thorn.

The first literary connection of Joseph of Arimathea with Britain had to wait for the ninth-century Life of Mary Magdalene attributed to Rabanus Maurus (AD 766-856), Archbishop of Mainz; however, the earliest authentic copy of the Maurus text is one housed in the Bodleian Library of Oxford University. Rabanus wrote  this around the time of King Offa of Mercia 757-796. Rabanus talks about the journey of Bethany sisters, Magdalene, Joseph and others boat ride to Marseilles. They separate and Joseph lands in Britain where Glastonbury Abbey begins.

At Rennes Chateau there are four angels making the sign of the cross in four different directions. They could be reflecting the Cross Crosslet and Budding cross(Bones Cross).At the eighth station of the cross which is the Women of Jerusalem at Rennes Chateau is a baby dressed in a plaid cloth. The criss cross pattern some say resembles a tartan plaid of one of the Scottish families. The Stuart families had connections with the French royalty.

The words say Par Ce Signe tule Vaincrais by this sign you will conquer. One wonders is the Cross Crosslet the sign or is it the Budding cross (Bones Cross)? The Skull and Bones insignia has a connection to Pirates and the Templars. Templars were buried with their legs crossed. Templars believed only the skull and two femurs were needed for resurrection. Its a direct hint to Golgatha where Christ died and was buried “the place of the cross” Matt 27:33. The Templars and Rome disagreed on what was necessary for a person’s resurrection. Templars believed only the thigh bones and skull were necessary. Rome believed all bones were necessary. In 1312 the Templars were arrested,tortured, and tried for heresy by Rome. At Rosslyn a floreate Crusader Cross on the gravestone of William de St Clair who was killed in Spain while taking Robert the Bruce’s heart to Jerusalem in 1330.Legends have that Templars escaping Rome sought sanctuary with Robert the Bruce King of Scotland since he was excommunicated by the Pope.

In Rosslyn Chapel revealed by Michael TRB Turnbull in 1717 William St Clair of Roslin was elected the first Scottish Grand Master Mason. The charters of 1601 and 1628 St Clair were recognized as the hereditary Grand Master Masons of Scotland. Later in the 1605 the French settle in the land of Arcadia (Acadia) and in 1621 the first Scottish settlement lands in Nova Scotia. Scottish Rite Freemasonry flourished in America.