Archangel Uriel (God is my Light) plays an interesting part in the Rennes Chateau mystery. Da Vinci’s painting Virgin on the Rocks holds a clue to solving the mystery in Dan Brown’s Da Vinci Code. In the Virgin of the Rocks there are two version one is home at the Louvre and the other London. In the painting is a beautiful woman angel which some have called Uriel the Archangel. Pope Zachary in 745 AD struck Uriel’s name off the list of those angels qualified for veneration by the Church of Rome. The reason said there was a fear of angel worship. Michael, Gabriel, and Raphael were the only ones allowed to be venerated.

DaVinci is depicting a scene in one of the Christian apocryphal gospels where Archangel Uriel rescues Saint Elizabeth and Saint John the Baptist from the Massacre of Innocents decreed by Herod. It is interesting DaVinci painted the Archangel Uriel very feminine and androgenous like his apostle sitting next to Jesus in his Last Supper. Leonardo painted the same scene again but differently for the other Virgin of the Rocks in London where Mother Mary, John the Baptist, and Jesus have halos but Archangel Uriel has none.

I have noticed that for centuries everybody has said the angel in DaVinci’s painting is Uriel and now some are saying its Gabriel. My answer to that is why doesn’t the Archangel gabriel have a halo? It makes sense that Archangel Uriel doesn’t because of his status of no veneration by the Vatican Uriel is protector of the Holy Family and yet the Vatican ousted Uriel from his post. It is interesting Da Vinci picked this scene and this Archangel. 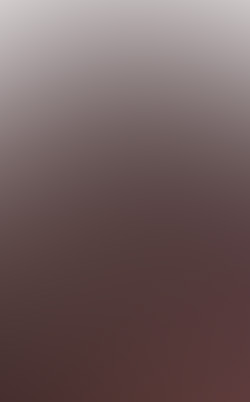 Rosemertha is a pagan goddess found near Sion –Vaudemont in Europe. She is called the Rose Mother and carries a cornucopia. Rosemerthe’s cup of plenty is where everyone who drinks becomes full. It has similiarties to the Holy Grail. The sash of Mary is similar to a cornucopia shape.

In the book Holy Blood Holy Grail Iolande de Bar married to Ferri lord of Sion Vaudemont and a member of the Order of the Crescent. Iolande spent most of her life at Sion de Vaudemont .  It seems that there was in Sion Vaudemont festivals to the Queen of Heaven and Virgin of Sion which dates back to Merovingian times. The pictures above is the cornucopia like sash of the Virgin (Virgin of the Rocks) and the statue is of Rosemerte (Rose Mother) which was placed by the Acadians of New Orleans in Louisiana in Jackson Square.

In the book Citizens by Simon Schama on page 770 is a picture of “The Virtues of the Republic” there is a goddess carrying a cornucopia of plenty being worshipped by the people. It was during the French Revolution that the churches were destroyed and replaced with the religion of the Republic. Fabre de Eglantine is quoted “we conceive nothing but images”. In Jackson Square on the statue of Andrew Jackson is carved with the words “We shall preserveth the Union”. In New Orleans she stands in the square with her cornucopia of plenty. Alciato’s Book of Emblems has Fortune with a cornucopia of Almathea. The foster mother of Zeus, Almathea magical goat nursed baby Zeus who breaks the goat’s horn. Zeus replaced the horn of plenty which gave the owner abundance of riches. Sebastian Bourdon who studied with Poussin did a Bacchanalia which had the goddess holding the golden cornupoia (horn) of plenty filled with roses.

Nicolaus Poussin paints the Nurture of Jupiter which depicts Almathea and her goat.

Many visions of the Rose Mother have been written over the years in the form of Our Lady. Our Lady of Lourdes, Our Lady of Knock Our Lady of Sallette, and Our Lady of Fatima are all connected in some way with the Rose or Rosary. In the vision of Fatima

The angel with the flaming sword (Uriel) shows a world on fire. He warns of penance penance. This secret prophecy of Fatima was just released to the public Third Secret was published on 26 June 2000. It was kept in secret since 13 May 1917.  It foretells the deaths of the Bishops of the church and the world on fire. Pope Zachary took away Uriel’s status as archangel of the church and he was also the pope who encouraged Boniface to crown Pepin king over Childeric the Merovingion . In 753 Pope Zachary had Childeric III tonsured. It was said that when the long haired Merovingion’s king’s hair was cut they lost their power.

In Da Vinci’s the beautiful Uriel is kneeling and has no halo demonstrating his/her fall from grace of the church. The Merovingion dynasty fell from grace almost at the same time by the same Pope Zachary. Does Uriel warrant such treatment? In the Book of Enoch, Esdras and Testamont of Solomon that is not the case. God entrusts him many jobs. He teaches Enoch about the heavenly portals around the Sun and planets. The story of the Fallen angels coming to earth and mingling with the beautiful daughters of man is told to Enoch. Enoch takes the Fallen ones petition to God and it is denied. Uriel guards the doors to Tartarus and is the angel with the flaming sword who guards the gates of Eden. Uriel is known as the Angel of Repentance.He takes the special task of burying Adam and Abel in Eden. Uriel warns Noah of the impending flood and helps teach how to build the Ark. Poetry and Prophecy is Uriel’s special gifts. Uriel is the Angel of Sunday. Archangel Uriel has a place of great importance in the Jewish religion, Anglican, and Protestant religions. The Vatican has for many centuries taken a poor attitude of those who were interested in astrology and astronomy. They have apologized publicly for the imprisonment of Galileo. Uriel has a connection through the book of Enoch with giving mankind hidden knowledge about the stars. One wonders if this was the angel’s crime in Pope Zachary’s eyes. It was Uriel who wrestled Jacob at Peniel. The prayer of Jospeth in the Legends of the Jews reads “Jacob – ”When I was coming from Mesopotamia of Syria, Uriel, the angel of God, came forth and spoke: ‘I have come down to earth to make my dwelling among men, and I am called Jacob by name.’”  Eugene Delacroix painted Jacob wrestling the Angel and the painting resides at St Sulpice. It is where the gnomen which has the meridian line zero runs through the church and is used as astronomical clock. One wonders at the role Uriel played in helping man understand the planets, moon and sun.

In a world of global warming, where the world’s temperatures have caused devastating fires in Russia and Canada the Fatima’s angel with the flaming sword  message sounds prophetic. It is my wish that Uriel receive justice and that someday the Vatican will recognize him as the fourth Archangel.

Delacroix painting of Uriel wrestling with Jacob at St Sulpice