In Europe many churches are built on ancient pagan temples and example is hill of Sion-Vaudémont.  It is the hill of Sion where pagans came to pay honor to the goddess of fertility Rosemertha (Rose Mother). In the 10th century it became devoted to the Virgin Marie. In the apparitions of Lourdes, Our Lady of Lourdes had yellow roses at her feet. Our Lady of La Sallette had a crown of roses on her head. Our Lady of the Rosary is the term used to call Our Lady of Fatima which the word rosary means a garland of roses. Roses are important ancient symbol for a goddess Rosemerta and the Marian apparitions of Our Lady. Our Lady of Knock in Ireland wore a rose. Rosemertha (Rose Mother) was the pagan goddess of abundance and everyone who drank from her cup was filled and her cornucopia filled with roses. The Rosemerta’s cup like the Holy Grail could never run dry of grace and love.

At Sion –Vaudemont was found sea stars fossilized from 170 million years ago. They are called lily of the sea. The sea stars were dug up at Holy Marguerite Cross opposite the hill Sion –Vaudemont. A statue of Rosemertha was uncovered at Sion. It is thought to be connected to Gnostic sexual rites. She was goddess of fertility. Gerard de Sede connected Rosemertha to the devotees of the Black Virgin of Avioth. Shepherds at Avioth found a statue of the Virgin in a thorn bush. The Virgin of Avioth was said to bring still born children who died momentarily alive so they could receive baptism. The children were then buried on the eastern part of the church.  Rosemerta(Rose Mother) was attended by a group of dead children.  “Rennes-les-Bains is located precisely on the Zero Meridian,(Roseline) which connects Saint-Sulpice in Paris”. Saint Roseline was sister to Hélion de Villeneuve was a French-bornGrand Masterof the Knights of St. John. Roseline died on January 17,1329 the same day as Berenger Sauniere’s heart attack on January 17 1917 . St Roseline was said to have great power over demons and her feast day is January 17. Saint  Roseline is connected with a miracle, in which the bread was going to distribute to the poor was transformed into a bunch of roses. In Priory documents January 17 is when the “Children of Vincent DePaul” were created in 1681. At Rennes Chateau the statue of Saint Germaine stands in the chapel with her apron full of roses. Her miracle was she had bread in her apron and when her evil stepmother accused her of stealing it fell tumbling down roses. Another Saint Elizabeth Duchess of Thuringia was nine years old when carrying food in her apron saw her love Duke Herman and he asked her what she had in her apron. Out of Saint Elizabeth’s apron spilled red roses and white roses of which her husband to be carried a red rose with him always. She was a healer and Duke Herman died while on the Crusades. The miracle of roses and Rosemertha is remembered by her statue in New Orleans at Jackson Square by the Acadiens or Cajuns.

Jackson Square is surrounded by black cast iron fencing which surrounds a symbolic sacred grove of trees of oaks and holly trees hundreds years old. Why do I say it is a sacred grove because in the corners lie four Greek statues of gods and goddesses. One of them is Rosemertha holding her “cornucopia of plenty” filled with roses and the other goddess could be Selene or Semele. Rosemerta was wife to Esus or Hesus who was the Gauls Hermes or Thor the god of thunder. Rosemerta would sit with her husband holding a snake in one hand and a rose in the other. The goddess of plenty Rosemertha resides here in the land of Acadians holding her cup of plenty filled with roses surrounded by oaks and holly. Esus or Hesus her husband is holdinga bird on his shoulder. The grove of trees hails to the days of the Druids who worshipped in the forest. Arcadia was the Greek land of milk and honey.

The Cathars of France worshipped not in churches but in the forest also.

Sun rising on the Mississippi River at New Orleans 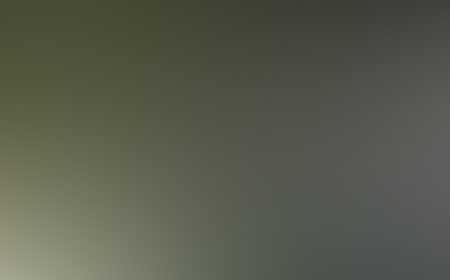 The Greek god Zeus (god of thunder) and Persephone goddess of the earth and the dead are other names for the statues. Persephone is linked to the Eleusian Mysteries she was abducted picking flowers by Hades. She is a daughter of Zeus and Demeter. Dionysius is said to be son of Zeus and Semele a mortal virgin who was killed by Zeus’s god light. Dionysius in the tale was son of Persephone.  The other goddess who is connected to Semele is Selene. Selene carried a sickle and was goddess of the moon. Hecate and her sickle is a ritual done by witches during the full moon and Hecate sickle occurs during Samhain. She is placed in front of gates to protect a city. Another goddess is Cybele or Gaia (Earth Mother). Her followers worshipped her by ecstatic and orgiastic dancing and music during Hilaria. Voodoo dance is an example of producing this ecstasy by using drums and singing. Voodoo is still practiced in New Orleans, Haiti, and Africa.

The other god is Dionysius or Bacchus who stands by the tree of life and has a vine of grapes. He was born of a mortal woman Semele and his father was Zeus. Mardi Gras which is a celebration in New Orleans has similarities to Bacchanalia. Bacchanalia had women as head of the cult and was celebrated in groves with wine. They were connected to the Dionysian Mysteries as well as conspiracies against the Roman government. Pouissin painted Bacchanals for Cardinal Richeliu who was a major supporter of New France. North America was named Arcadia by explorer Verrazano. The colony settled in Nova Scotia was called La Cadia the MicMac Indians tribal word for “Land of Plenty”.

Autumn Equinox, Vernal Equinox, Summer Solstice, and Winter Solstice, are pagan celebrations. New Orleans is a town notorius for its carnivals,masquerade parades, drinking, wild parties and music.  In the middle of the square is the monument to the Freemason Andrew Jackson.

The groves in which the initiation rites took place were deemed sacred to Semele/Stimula. Ovid‘s Fasti

“There was a grove: known either as Semele’s or Stimula’s:

Inhabited, they say, by Italian Maenads.

Ino, asking them their nation, learned they were Arcadians,

And that Evander was the king of the place.

The Nova Scotia Acadians (Arcadians) are called the Cajuns of today live in New Orleans. Cybele, Gaia or Rosemertha is connected to rivers and New Orleans is the crescent city where the Mississippi flows into the ocean. The Acadiens brought their legends with them from the land of Arcadia(Nova Scotia) of which they fled from death to their new home America only to found death resided there too. Carnival or Mardi Gras goes back to ancient pagan Saturnalia or Bacchanalia. Jackson Square is a park of old oaks and holly trees in front of the St Louis Cathedral.The intertwining of pagan rituals with Catholic Church festivals is a tradition brought from Europe. The Rose Mother (Rosemertha) cult was brought here to New Orleans by the Acadians. The Priory of Sion could have a possible link to Rosemertha and her temple on the hill of Sion-Vaudemont as well as St Roseline and the Roseline of St Sulpice. 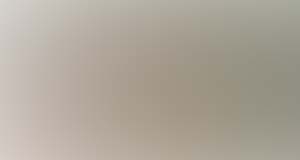 Rosicrucian’s is the theology of a secret mystic society. It’s symbol is the rosy cross.

The Rectified Scottish Masons or Martinism is a mystic secret society began in 1740Martinez de Pasquallyin France. Berenger Sauniere priest of Rennes Chateau is reported to have attended three Martinists meeting at a Lodge in Lyon. Sauniere was dedicated to the Sacred Heart and in Martinism the teachings bring the initiate into “the way of the heart” Sauniere decorated the Magdalene Chapel with roses all around the Stations of the Cross and within the church. Estienne Morin, was a high degree Mason in Bordeaux since 1744 and, in 1747.He founded an “Ecossais” lodge (Scots Masters Lodge) in the city of Le Cap Français, on the north coast of the French colony of Saint-Domingue (now Haiti). In Parisin the year 1761, a Patent was issued toEstienne Morin, dated 27 August, creating him “Grand Inspector for all parts of the New World.”(10) Estienne belongs to the Ancient and Accepted Scottish Rite of Freemasonry.

A Loge de Parfaits d’ Écosse was formed on 12 April 1764 at New Orleans, becoming the first high degree lodge on the North American continent.(11) The Mother Supreme Lodge was in Charleston, South Carolina  located on the 33 degree parallel in 1801. It was under Albert Pike that the Scottish Rite Freemasons grew. Albert Pike practiced law in New Orleans in 1853. New Orleans coordinates are 29°57′53″N90°4′14″W. It is on the 29th Parallel. The Pyramid of Giza is also on the 29th parallel and the Sphinx. The exact coordinates are 29° 58′ 34″ N, 31° 7′ 58″ E for the Sphinx and Giza. The Nile river runs through the country of Egypt just as the Mississippi runs through Louisiana. The Ancient Mystical Order of the Rosae Crucis traces itself back to the Ancient Egyptian Mystery Schools. Some possible Rosicrucians were Thomas Jefferson, Napoleon Bonaparte, Isaac Newton, Benjamin Franklin, and Claude DeBussy. Many of these men played crucial parts in New Orleans history. I will point out that Ursuline and Roseline are similar names. One wonders if some members of the Catholic Church in early America were members of these secret societies. The Acadians brought Rosemertha (Rose Mother) with them from France. Mary Magdalene Chapels and statues are often seen decorated with a single rose such as in Dan Brown’s DaVinci Code. Is it coincidence or connected? What do you think?