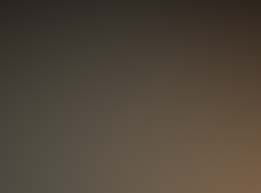 ESA, the prestigious European Space Agency which is the equivalent of NASA, has confirmed what has long been rumored: Mars’ moon Phobos is hollow but also, it is likely artificial!  Here it is: Proof of intelligent life beyond Earth!

The ESA study which has appeared in Geophysical Research Letters states that Phobos is not a captured asteroid; this old explanation for Phobos’ many anomalies was accepted by science for many years. 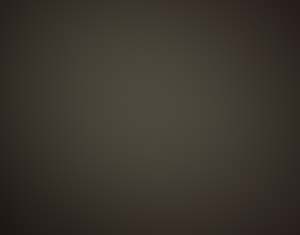 “We report independent results from two subgroups of the Mars Express Radio Science (MaRS) team who independently analyzed Mars Express (MEX) radio tracking data for the purpose of determining consistently the gravitational attraction of the moon Phobos on the MEX spacecraft, and hence the mass of Phobos. New values for the gravitational parameter (GM=0.7127 ± 0.0021 x 10-³ km³/s²) and density of Phobos (1876 ± 20 kg/m³) provide meaningful new constraints on the corresponding range of the body’s porosity (30% ± 5%), provide a basis for improved interpretation of the internal structure. We conclude that the interior of Phobos likely contains large voids. When applied to various hypotheses bearing on the origin of Phobos, these results are inconsistent with the proposition that Phobos is a captured asteroid,” states the ESA report.

The official ESA Phobos website offers explicit scientific data from multiple perspectives, which strongly support the idea that this is what radar echoes would look like, coming back from inside an enormous geometric spaceship.  Phobos has an internal, 3-D geometric radar signature. The concurrence of all three of these independent Mars Express experiments, imaging, internal mass distribution, (tracking) and internal radar imaging, now agree that “the interior of Phobos’ is partially hollow with internal, geometric ‘voids’ inside it.”  Geometric?  Phobos is not a natural! 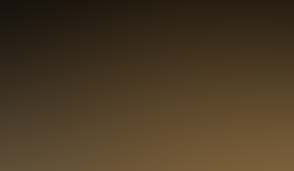 Phobos is not a natural moon, not a captured asteroid, and it is hollow. This is exactly what Russian scientist Dr. Shklovsky found back in the 1960s.

Astrophysicist Dr. Iosif Samuilovich Shklovsky first calculated the orbital motion of Phobos. He came to the inescapable conclusion that the moon is artificial and hollow (a titanic spaceship). Shklovsky realized as the years progressed into decades, that Phobos’s orbital velocity and position no longer matched the mathematically predicted position. He studied in depth the tidal, gravity, and magnetic forces, and came to the conclusion that no natural causes could account for the origins of the two odd moons or their bizarre behavior, particularly that exhibited by Phobos. Yes, he felt the 2nd smaller Mars moon Deimos also to be artificial; someone or something built them!

Phobos was artificially constructed and placed into Martian orbit by whom? By what?

Meet Phobos: “For the World is Hollow and I have Touched the Sky!” (Original Star Trek)

Here are some mind boggling possibilities as to why some alien race or perhaps humans of the future, placed Phobos in Mars orbit:

1.  As a huge spaceship possibly built as an orbiting station and observatory.

2.  As a starship, multi-generational, that arrived from another star system and was parked by Mars.

(To enjoy this concept, check out Star Trek’s “For the World is Hollow and I Have Touched the Sky!” and also, check out  this website http://www.enterprisemission.com/Phobos.html

3. It was being built in Mars orbit for travel between star systems but was never completed. Was it built by Martians before they/we had to immigrate to Earth? Will it be built by humans of the future and somehow fell backward in time through some experiment gone amok?

4. It is a functional (or non-functional) humongous planet-killing space bomb, the remains of some interplanetary space conflict of eons passed? This possibility has been seriously placed on the table by researchers.  What if it still functions?

For more on this concept, enjoy original Star Trek’s “The Doomsday Machine.” I hope I am not diminishing this mind-bending real news by referring to Star Trek, but the fact is, some science fiction is visionary. Some science fiction prepares us for our future; among such nearly-magical works of creation, Star Trek ranks high.

Earth probes sent to Mars and Phobos have had strange things happen to them. For example, the Russian Mars mission Phobos-Grunt made a surprise transmission in November, 2011, which stated, “I’m alive!” Phobos-Grunt had been dead for many months.

Another probe was destroyed right as it photographed a huge UFO by Phobos. I have read of this event and now cannot find reference to it. Since I want to get this article out to you the reader, I will continue my search and hope to write more soon. Perhaps some UFOlogists out there can help me find this.

Finally, we have all seen the many anomalies on Mars and in the Mars skies, photos taken by NASA’s Curiosity and its other rovers and probes. They are too many to mention individually.

Might ESA’s admission that Phobos is hollow, with artificial geometric design inside, be the beginning of full UFO/alien Disclosure? We can only hope!

A final anecdote on Disclosure:

Dmitry Anatolyevich Medvedev is the tenth and current Prime Minister of Russia. Medvedev has just said there are top secret files on aliens who have landed in Russia.

After a television interview, the former president was recorded as saying when he thought (or
“thought”), the mike was off, that each Russian leader gets two folders with information about extraterrestrials that visited our planet — and stayed here.

After recording a television program, the Prime Minister of the Russian Federation stunned journalists and professionals in the studio: “I believe in Santa Claus, but not too much,” Medvedev began, but continued: “Aliens, I cannot tell you how many of them are among us at this time, otherwise it would trigger panic.”

According to the Washington Post, he joked more details could be found in Barry Sonnenfeld’s “Men in Black” films. So was it a joke? Or was he covering himself with humor after this earth-shaking information?

Sign up for Exo-Trekking, and join the adventure! [email protected] It’s free!