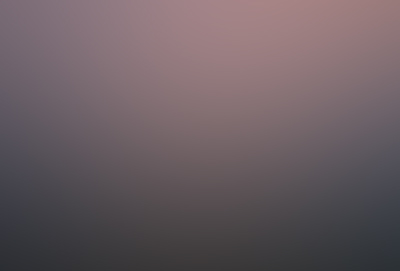 The damning aspect of new technology that could transform our society with high speed travel, low cost energy, communication break-throughs, and many other elegant forms of development is  that it is hidden, and not introduced as practical application. For some time now it has been rumored that NASA’s use of gigantic booster rockets to launch limited payloads expending thousands of pounds of solid fuel is nothing but an obsolescent dog and pony act that makes no reference to the mammoth advancements already being in existence! These sporadic launches are merely to distract us from the true developments obscured under the wraps of classified programs.

A glimpse into the ether

According to Ben Rich, former leading aerodynamicist for Lockheed Corporation, we now have technology that would make Star Wars envious. According to Ben Rich just before he died, not only did we have things out in Groom Lake and Area 51 that modern day scientists could still not completely comprehend completely, but that are 50 years ahead of anything we now have. You might recall that even the data being gleaned from the Mars missions such as Viking and Mariner that many times it was stated that this information would take years if not decades to analyze.

Lockheed’s controversial former CEO and President, Ben Rich alluded to faster than the speed of light travel as being in existence despite the skepticism of those paid to publish their denial. For perhaps 2 decades at least there has been speculation and commentary stating that black projects with trillions of dollars in their undisclosed budgets have yielded a wealth of ultra-advanced technology that the typical person cannot even dream about such as propulsion engines that are linked directly to interface with the human pilot, platforms capable of taking us to the stars now, and more startling forms of instrumentality that would boggle the mind.

Rich’s sentiments are echoed by such insiders as Philip J. Corso, former intelligence Captain in World War II and scientific advisor to the Eisenhower Administration, who advocated for the disclosure by the US government of what it knew about UFO’s and the technological advancements that could revolutionize our society. Unfortunately, those such as Rich and Corso are a dying breed whose passing insures that that the list of those who will hand off the torch on what they know of the forbidden truth is becoming shorter all the time.

Back engineered extraterrestrial hardware, knowledge of time travel, the key to different dimensions, and contact with alien civilizations is hinted at with circumstantial evidence, but with the continued sketchy testimony and frustrating vagueness that always leaves room for doubt. For every assertion that we have made contact with intelligent beings is also the allegation that perhaps we are being fooled by angels, demons, or other minions of the Devil trying to deflect our search for truth and salvation.

Through the continued counter intelligent programs that seem to continue their operation it seems there is a concerted effort by the powers that be to keep us from knowing the ultimate truth, or perhaps that the truth is so frightening to behold that the general public is better off not knowing. Whatever the case may be, there is no doubt to the massive campaigns for secrecy that exist every much as the organized efforts for disclosure that are well funded and targeted at ending the truth embargo that has been conducted by the US federal government for decades. Of these two extremes we can be assured as we attempt to grope through the fog of official denial and what really does exist is finally uncovered from its resting place in the black hole of mystery, science, and those very beliefs that we hold sacred such as our faith in God.