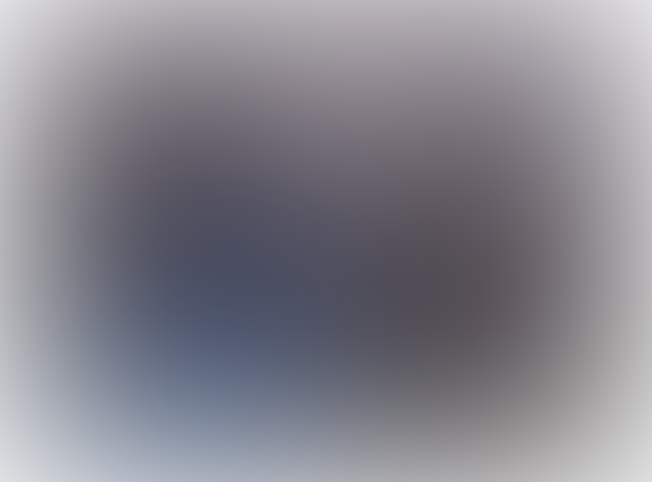 How we in society view and opinionate about UFO’s says about as much about us as we care to theorize about UFO’s themselves. All the confusion, fear, anger, misunderstandings, and even hoaxes tend to project a broken image of our society in a cracked mirror of imperfect logic.

In my years as a writer and investigator of this strange realm I have encountered a variety of attitudes both informed and uninformed, both receptive, and incredibly repulsed by the possible existence of the phenomena. Looking back into the past 5 decades it seems we’ve come a long way in understanding the possibilities of this enigma, and yet, have we really at all?

The Roswell Incident became not only a mysterious alleged crash of an extraterrestrial craft in the high desert of New Mexico that was effectively covered up for decades until a retired Air Force Colonel, Jesse Marcel came forth and admitted what he had witnessed as he was dying of lung cancer. Roswell represented a paradigm shift for our civilization, an inflection point, in which we were forced to rethink our role in the universe. Maybe we were not the most intelligent species in creation. Maybe the event itself was a designed method of introducing our planet into a new realm of interplanetary awareness, an initiation process, if you will.

Since Roswell there have been several more recent shocks to our collective consciousness that illustrate further degrees of awareness into this new paradigm of perception that lifts our concerns solely from worldly to a multi-dimensional or more universal mindset not so polarized toward simply the here and now, but actually what is the meaning of all this? Where does human species fit in? What is our true purpose beyond the typical preoccupations of survival and simply providing for our own needs? These are pervasive inquiries that urge us to explore beyond preconceived notions, little green men, and what would Jesus say?

Roswell was not just the crash of a spaceship from another world, it represented an assault against our social belief systems, the self assuredness of our technical prowess, the capability of our military to control our air space, and a threat to our sacredly held knowledge self righteousness-God, country, and American pie. Instead, rather than announce to the world the coming of an unprecedented event that introduced mankind to an answer over the age old question, ” are we really alone?” The powers that be took another clandestine approach and hid the event, explained it away, sequestered the hardware and evidence, and assigned the mitigation of the information to a specialized task force of military and scientific experts to assimilate the technical aspects, set up a smoke screen of cover, and establish a misinformation campaign. Why? To preserve those sacredly held beliefs that sociologists acknowledge help keep a cohesive bond that prevents society from fragmenting under the hysteria that results from their major belief systems being destroyed by the introduction of a shocking revelation that is unprecedented.

Technically inferior societies don’t survive when introduced to their superiors

Much like the American Indian who witnessed the white man’s locomotives calling them the ” iron horse” as his own primitive civilization unraveled before the direct confrontation with a more technologically advanced society. In history every such encounter between such cultures has led to the dissipation of the least advanced society. Generals and politicians believed their duty was to preserve society as it was before the Roswell crash occurred, and attempt to slowly integrate such knowledge into society gradually without creating not only mass confusion but a lack of the publics acknowledgement of the authority of government, most likely their main concern.

In speaking with Robert Woods, a very wonderful man to hear and speak with, I encountered one in many variations of attitudes toward the UFO question. Mister Woods is the father of Ryan Woods who has authored a number of UFO books, a documentary that appeared on TV, and the venerable Crash Retrieval Conferences that went on for a number of years in Las Vega beginning in 2004. Robert Woods, a flight engineer for McDonald Douglas, spent 43 years working in the aircraft industry, but also spent those years in search of something else. According to their personal accounts, son Ryan was treated to the visits from such UFO luminaries are Doctor J. Allen Hynek, astrophysicist who was a consultant on Project Blue Book for the US Air Force for more than 20 years. Ryan grew up learning first hand from the inner sanctum of the UFO world. According to Robert Woods, he has no problem with his beliefs as a practicing Christian and churchgoer and neither do his fellow church members who know him and his pursuits.

Budd Hopkins and his efforts

We have delved even further into the awareness that UFO occupants or extra-solar beings, who have penetrated our reality as we look into the works of the late and dear Budd Hopkins, who released the incredibly illuminating book, “Sight Unseen” just before his death. In that work, Budd showcases his abilities as an authority on alien abductions and the long traces of memories that often go undiagnosed in the lives of abduction victims. Their strange and incomplete memories, their reoccurring nightmares, and the odd coincidences that haunt them over their lives don’t diminish until they seek and get the kind of help that will answer these dark questions that continue to eat away at them.

Hopkins talks of a woman who remembers a strange job interview from her late teens that left her perplexed and uneasy only to find out under hypnotic regression that it wasn’t a job interview at all but a strange altered consciousness experience where what was supposed to have been a funny looking man who made inappropriate inquiries into her sex life was, in reality, an operative in an abduction sequence. This experience, it turned out, was only one of many that had been repressed using, what Budd called, a falsely implanted memory to hide direct recall of the experience, yet it does nothing to relieve the resultant anxieties that the patient must undergo for a lifetime unless there is therapeutic intervention of the proper kind which only Budd and very few others are qualified to handle.

Just physics away from galactic travel

However, we are also faced with other possibilities that confront our insufficient technology, our understanding of physics, and our perception of reality. For instance, in order to travel the titanic distances of space with any practicality of reaching any stars, solar systems, or constellations such as Zeta Riticuli or Vega that have excellent possibilities for life, our fundamental understanding of physics will have to change. In his book, The Science of UFO’s, physicist, William R. Alschuler states that the only thing holding mankind back from effective space travel is energy. In order to travel light years in hours or minutes, Alschuler says that we would have to invent a craft that would literally be creating an artificial black hole just beyond the nose of the ship that would constantly be pulling the vessel inward at a controlled rate just as planets, debris, and stars are sucked into black holes at the event horizon. This concept would take many more times more energy than the entire output of our present civilization is capable of here on earth right now. These are the realistic limits we face on a physical plane.

Then there is the possibility that the odd and fantastic alien beings many have witnessed for decades could be interdimensional travelers who can even traverse the limitations of time. John A. Keel, author of many books such as Operation Trojan Horse, Jadoo, the Eighth Tower, and the Mothman Prophecies posed an intriguing question as an explanation for people seeing strange entities prior to tragedies and plagues. He thought aloud, ” what if he ( the entity) exists on a different vibrational plane, and is able to see just a little further ahead down that road than we from our present position(future) perhaps he is trying to warn us of what is to come.” This quote from the Mothman Prophecies addresses UFO’s, paranormal events, time travelers, and strange mythological entities with a wide brush stroke as Keel makes the case that they are all inter-related, and projecting many of the same electro magnetic effects as well as strange enigmatic messages to percipients, which he calls, “the eternal broken record in the sky.”

In the movie, Mothman Prophecies, written after John A. Keel’s book, Alan Bates plays a reclusive Fortran researcher who has suffered ridicule, divorce, and alienation thanks to his obsessive pursuit of the Men in Black, UFO’s, elementals, and other oddities that twist the human mind. He warns Richard Gere, who plays the real life part of John Keel himself, not to dabble in the investigation of such things that they will lead him through a maze with no answers and dead ends that will discredit him. In my opinion after having read all of John Keel’s books even Alan Bates, the withdrawn eccentric, also parallels the real life of Keel, who had experienced much heart break and confusion in his quest for the ever elusive answers to a mystery that may never be solved.

Where do these compelling facts and experiences leave us on our journey through space, time, alternate dimensions, and our present technology? We will have to investigate carefully. Consider that we have but a blindfolded view at best because we as an advanced civilization have just begun that mystical trek into the universe that keeps looking from the outside in at us, waving to us to follow. Yet, we can only stumble as toddlers who haven’t really learned to walk or run yet through the amazing kaleidoscope of knowledge that still awaits us somewhere at the end of an enigma in the midst of another enigma we call UFO’s.