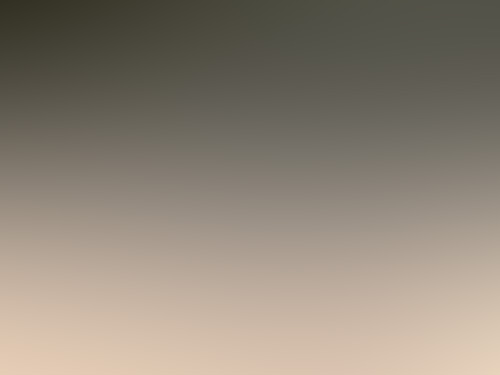 Beginning in the twentieth century modern man came face to face with the fact that not only was he not the most civilized society in the universe, but that someone else had stopped by to pay a visit, leave a few calling cards over the centuries, and even contest our own air space in a number of chilling air to air engagements with our best military fighter aircraft. The results of such contests have left pilots stunned, hysterical, and sometimes vanished.

Perhaps it was our initial response to the first visitations within our own atmosphere that left a lasting impression of potential hostility. We will never be sure, but there are historic accounts of aggressive actions taken by UFOs against the armed forces aircraft of the US Navy, US Air Force, US Marines, civilian aircraft, and all of the above mentioned of virtually every other nation of the world.

We will delve right into a sampling of the more dramatic confrontations with UFOs and their human aviator counterparts. The first air to air engagement in print comes from the book “ The Report on UFOs” written in 1956 by Captain Ed Ruppelt former Director of Project Bluebook. As early as 1950, the first known attempt of a military flyer at a UFO shoot down took place and might have set a deadly precedent from then on. He describes the saga of one naval pilot who while flying low over the deck with his wingman flying at higher altitude on a routine search mission, making contact with what he first thinks is a parachute canopy that instead of drifting downward below his position is actually slowly rising and gaining speed.

Frantically trying to raise his wingman as the unidentified object continues to accelerate, the aviator realizes his radio frequency will not raise his partner as he’s too low. He now puts his F-86 Sabre Jet into after burner in an attempt to stay with this bogey who is gradually out distancing his aircraft. At 1000 yards the young fighter jockey decides to charge up his wing to wing 50 caliber machine guns and fire. These formidable weapons had brought down many a Soviet MIG-15 over Korea, but had no effect on the unknown intruder he had just fired at. The classic saucer shaped craft merely left him far behind. Upon linking back up with his wingman and returning to base, the young fighter jock had to make a report on why he discharged his weapons.

Upon reading the report the “Bird” Colonel, or base commander gave the pilot a good tongue lashing before later deciding to burn the report. He didn’t want anything to do with a UFO incident and all the red tape that went with it, but an intelligence officer at the base did manage to save a copy of the original and discreetly expedited it to Air Force Captain Ruppelt, who was acting Director of Project Blue Book at the time. Ruppelt did not disclose the location of the base however as strict secrecy over such events was still being enforced by the armed services through National Security measure, JANAP-146 and AFR 200-2 not only pilots but entire air bases were prohibited from making public statements concerning UFO incidents, but this prosecutorial threat did not always discourage public disclosure of some very hair raising UFO sightings in the years to come.

Apparently 2 UFO incidents predated the 1950 attempted shoot down with the unknown aerial object taking the hostile initiative. According to Timothy Good in his book “Above Top Secret” he mentions a P-51 Air Force pilot who encounters an unknown aerial craft that repeatedly makes high speed passes at his prop fighter plane and is forced to take several evasive maneuvers to avoid collision. After a harrowing experience, he manages to fly land his fighter plane at San Antonio Air Field where intelligence officers are ready to debrief the hysterical flyer.

In 1948 Lieutenant Gorman, an Air National Guard pilot with combat experience made repeated attempts to intercept an airborne light that blinked at first until he began his pursuit over Fargo, North Dakota airfield. Observers in the tower made clear visual distinctions between the unknown object, a small single engine plane and Gorman’s F-51 Mustang as the pilot pushed his aircraft to maximum speed in his pursuit of the mystery light. According to Gorman, the UFO could climb higher and faster than his Mustang, which was probably the best propeller driven fighter aircraft of World War II, but no match for his enigmatic adversary. The “Dogfight over Fargo” as many have called it, lasted 27 minutes and was documented in Project Blue Book files. Official explanation-Gorman had been pursuing a lighted weather balloon. Boy, does that explain it. I didn’t know weather balloons could so easily out distance 400 mph plus fighter aircraft.

An aircrew while flying over Hanford, Washington, the location of a military nuclear facility that has been host to several UFO sightings, was attacked by a red disk that continually made high speed head on passes at the pilots. The rear seated weapons office stated that the high speed passes were so quick he could never get a lock-on in order to fire an air to air missile at their unknown aerial aggressor. USMC Major Donald Keyhoe reported this hostile air to air engagement in his book “Aliens in Space”. The date of this incident sometime in the early 1950’s.

1954, Griffiss Air Force Base in New York state is the scene of a deadly UFO encounter as a two man flight crew are vectored to an unidentified aerial object that hovered over the Walesville area. As the fighter pilot climbed higher into the crisp blue sky of the upper altitudes, the rear seat weapons officer tracked the object within 6 miles of their course and heading from his onboard radar unit. He readied a lock-on for an air to air missile should they intercept an enemy. Within a mile of the airborne anomaly something goes horribly wrong as the crew run into a wall of heat, the cockpit is filled with a suffocating wave of heat. Both pilots struggle with their controls trying to maintain flight but are forced to eject from their aircraft. Suddenly they look down in horror to find that their disabled aircraft is plunging downward toward the city below.

The fighter jet crashes into a house killing a family of four. The airmen can only look on helplessly as they descend earthward in their parachutes. One of the aviators is so stricken with guilt he wants to contact the civilians of the town to explain what happened, but he is quickly retrieved in an Air Force staff car shortly after the crash and driven back to Griffiss Air Base before he can explain anything to anyone. A number of mundane explanations have been given for this mishap, but none make any sense. In the realm of the UFO logic begins to vaporize as the shadow of the unknown descends upon the unwitting and the unsuspecting.

On November 23,1953 Air Force radar picks up a “bogey” near Soo Locks over Lake Superior. Lieutenant Felix Moncla and backseat radar officer, Lt. Wilson are scrambled from Kinross AFB thanks to an alert issued form Truax Air Force Base ADC (Air Defense Command) who are tracking an unidentified radar blip on their screens. The F-89 Scorpion all-weather interceptor they are flying is now at 500 knots as they approach their target. At 30,000 feet and 160 miles north of Soo Locks the aircrew is instructed to descend to 7,000 feet. The rear seated radar officer, Robert Wilson is having trouble with his set and they are having to rely upon ground guidance as they make a steep descent to identify their aerial adversary, but something goes very wrong! Air Force radar operators watch as the two blips merge, contact with Lt. Felix Moncla and Robert Wilson are lost, and the F-89 Scorpion disappears forever. Subsequent rescue efforts with hours yield no further clues. The US Air Force tries to blame the disappearance on a collision with a Canadian transport, but these authorities deny their aircraft were in the vicinity. Another mysterious entry in the book of disappearances for loss of aircraft and 2 brave young men to the unknown.

This account of yet another deadly encounter between a military aircrew and a UFO comes from the NSA, who were recording the radio transmissions to this incident. 1967, Cuban air defenses pick up the radar signature of a rapidly approaching unidentified airborne threat over the southern Atlantic headed their way. Two MIG-21 pilots are scrambled to intercept the unknown threat as they quickly launch and get into the air. An experienced superior officer trained by Soviet instructors makes visual contact with a metallic looking sphere giving off a bright reflection. Followed closely by his wingman, the veteran pilot begins trying to hale the intruder on several frequencies ordering the craft to identify itself. With no response, the pilot in the lead flips a switch to arm his air to air missiles when suddenly, without warning his MIG-21 is disintegrated in a fireball! The wingman, a close friend of the senior pilot is immediately stunned by the death of his superior and begins screaming for several minutes over his microphone as the unknown object flies away leaving a shocked Cuban aviator in its mysterious and deadly wake.

1973, National Japanese Air Defense pilot and his backseat weapons officer are ordered to intercept an unknown radar target over the Pacific Ocean off the coast of the Nippon mainland. The Captain of the aircrew makes visual contact with a red disk and gives chase. Flying an F-4 Phantom, the pilot puts his lethal fighter bomber to the test. Flying determined acrobatic maneuvers and pushing his aircraft to its limits, the Japanese fighter pilot makes an aggressive pursuit of the aerial anomaly that continues to out pace his jet fighter. After a long air to air struggle that F-4 Phantom flyer gets close! Too close! He collides with the red disk. Now both pilots are forced into an emergency ejection. Both use their rocket seats to blow them out of the cockpit as the canopy pops off the fuselage of the F-4. They are at 30,000 feet when they lose their aircraft. The backseat weapons officer is horror struck to see his pilot’s parachute catch fire and the captain plunge to his death into the sea!

These are the disconcerting stories of men and material pushed into the service of their countries in pursuit of the treacherous unknown that often times leaves experienced and well trained airmen awestruck, and sometimes dead or missing. Many allege that there is an undeclared air war being fought in the thin atmosphere of the upper altitudes between human aviators and their bizarre counterparts who may very well originate from another world. The US Air Force has struggled with question actively now since at least 1947, and seems no closer to the truth now than they were then, but one thing is for sure. Any minute or any hour, somewhere in the world the well trained and brave pilots of our US Air Force, Britain’s, Germany’s, or Australia’s can and will be called upon to intercept and identify unknown aerial intruders who may or may not leave another bewildering foot note to record in the darkened pages of weird history!