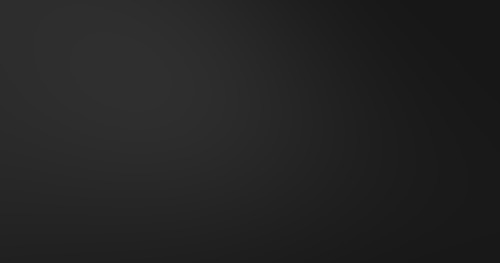 Still, who or what is supposed to have intervened in human affairs and aided the Germans in their quest for world dominance through an advanced technical lead in military capability, particularly aerial flight? It is said that the first to be approached by an alien presence on earth were the Germans who had made a deal for the secrets of advanced flight. Werner Von Braun, who was adamantly against weaponizing space and spacecraft supposedly leaked personal knowledge of alien existence to a few close workers in statements that he made expressing his fears that the balance of the free world could be affected by such struggles.

If you missed Part I in this series click here: Former Eisenhower aid President knew of space aliens Part I

There are rumors and testimonies that in all these developments that President Dwight D. Eisenhower was also witness to an alien landing at Holloman Air Force Base in New Mexico, and that there was an exchange of policy and intention between the two civilizations. It is also rumored that Eisenhower’s administration was approached by more than one alien society. With McElroy’s disclosure of alien contact during Eisenhower’s presidency these allegations now have more credibility.

It is said that one alien civilization approached the President and his staffers offering advanced technology and even certain miraculous medical cures to cancer and so forth. However, in the midst of the “Cold War” and America’s struggle with Russia for an uneasy truce through out the world, “Ike” made a potentially bad decision choosing to reject the offer because the alien society wanted complete nuclear disarmament in return for their gifts.

A second and much more sinister allegation is that the Eisenhower White House was offered a more sinister deal that once again involved an exchange of technology for certain conditions being met. The President feared for America’s future in the height of cold war aggression. As well, UFO’s had demonstrated marked superioriority over US fighter jets often returning deadly fire when fired upon, causing undiagnosed in-flight failures, or complete disappearances. The US Air Force was reportedly desperate to get their hands on such technology before the Russians could. The President was in a weak negotiating position at that time in the mid-1950’s. He made a deal that was admittedly a sinister compromise. In exchange for advanced aerial technology and particle beam or laser capability the US government granted a limited human and animal harvest to the alien civilization with the guarantee that if humans were abducted they would be returned to their original location with no memory of the event. Animals were not allowed such a concession.

Are these events corroborated by facts? Yes. There has been an ongoing cattle mutilation program that has gone on unsolved for decades with the FBI frustratedly declaring that the majority of suspected mutilations, are in actuality, examples of predatory action from coyotes to pumas ripping out the softest organs from carcasses. There’s just one question that tends to contradict that simplistic explanation. How do cattle in the prime of their lives just drop dead and die sometimes with evidence of having been picked up off the ground and being dropped? Why are these animal’s bodies showing signs of delicate and accurate incisions impossible for modern surgeons to achieve? Why are these incisions cauterized or seared shut-bloodless? Why are the carcasses often left with no blood in the body or spilled on the ground beneath them? Why are there nocturnal aerial lights or UFO’s being seen by ground observers in vicinity of the cattle mutilation sites?

In his haste to negotiate for technology he thought would protect his nation, President Eisenhower may have made a regrettable decision that has left many a cattle rancher angered and mystified over what happened to his investment in livestock. Today, many thousands of people swear they have had disturbing encounters with entities we call the little Grey’s who abduct them while they are asleep in their beds or even while they are driving, paralyzing them, and subjecting them to terrifying medical-like reproductive experiments. Then these people are left to endure falsely implanted memories to hide the experience that do not completely block out the memory of the terrorizing event. Without proper therapy these people suffer years of anxiety and perplexing partial recollections that leave them frightened in the middle of the night.

This seems by all indicators to be the ultimate legacy of President Eisenhower’s negotiated pact with an extraterrestrial civilization intent upon treating the human species like lab rats instead of civilized beings. Can we really blame them in the final analysis as we continually engage in war and come ever nearer to the prospect of mutually assured nuclear destruction? Can we even fault them for not making a very public appearance to demonstrate who they are in view of the fact that our jet fighters have been pursuing them over our political territories for better than 5 decades? Perhaps, we have not demonstrated much in the way of good faith or humanity to our own species in so doing we have invited the twisted co-existence we suspect that is now in play.