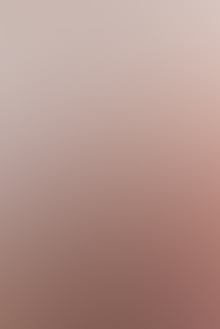 Jerry Johnson, former Air Force Security Officer, recounted a very interesting UFO incident while serving his country in 1968 at Whiteman Air Force Base. His story draws a distinct parallel to events that occurred some years later at Rendlesham Forest in Bentwaters Air Base, Great Britain in 1980. I interviewed Jerry for my local newspaper in Plano, Texas. In  doing so I had indirect ties with the incident that occurred at Bentwaters. Some may find these details disturbing. The events are as follows. Why, because it involved a UFO incursion into a USAF SAC base that predated the Strategic Air Command Bentwaters base incident.

The emergence of a phenomena

It seems that recent history has been inundated at times with the incredible presence of UFO visitations not only in the skies over our towns and country sides, but even over our most sensitive military installations. What appeared at first to be simply benign and curious appearances viewed by regular citizens soon evolved into confrontations with trained observers such as police, civilian aviators, and jet interceptor pilots of the armed services.

MUFON researcher, Richard Hall, gave a presentation in one documentary stating that he had records identifying some 300 landing zones from across the entire continental US where UFOs had left forensic or circumstantial evidence of their presence. This information was made available on film by the late 1970’s. Hall, as a former member of NICAP had made a previous documentary of important sightings to date in 1964.

The old cattle round ups

In 1968 Jerry Johnson viewed his assignment at Knobnoster, Missouri with a somewhat sentimental opinion. Whiteman Air Force Base stood on a former cattle trail that cowboys had herded thousands of steers to market in order feed the  American public. He could easily visualize the old west and the cow punchers mounted on their horses along the dusty cattle trails roping and branding steers as they formed long lines across the sun beaten prairie.

However, one afternoon he was suddenly shaken from the doldrums of his day dreams by an alert generated by a security breach within the strategic air command base that it was his responsibility to secure.

Whiteman AFB was home to the Minuteman ICBM, the United States deterrent to a Soviet first strike nuclear capability. Here, hundreds of deadly cold war era missiles were housed in underground silos awaiting their launch codes in the event of a war.

Jerry was ordered along with his fast strike team to respond to a certain sector within the interior of the airbase to the site of an incursion that had just taken place. It was unusual that he was ordered to bring loaded carbines as he and his detachment of fellow security officers quickly loaded onto their Dodge Power Wagons and headed for the site of the security breach. Jerry served as a Base Security Sergeant.

Upon arrival, they learned that they had just missed the appearance of a UFO that had stunned and terrorized several children on their way back to their living quarters after school. They were the family members of prominent high ranking officers at a base that was the size of a city with many facilities, amenities, and conveniences of a typical US town, even a bowling alley among other things. The ages of the children ranged all the way up to teenagers.

The Strike Team immediately cordoned off the area and set up a perimeter to surround the purported landing zone in order to protect any evidence that needed to be collected. Jerry ordered his men to follow procedure while the children were being individually interrogated. For an unidentified object to land in the middle of a highly classified air base that housed nuclear missiles was considered a serious violation of security.

Jerry noticed the rapid appearance of “Brass” or high ranking officers as news of the alert spread. He noted confusion and a lack of text book procedure for such an unplanned contingency. Jerry and his team had been trained for counter-insurgence, but this incident proved to be even more bizarre. Another strike team had also been summoned and were interviewing some other witnesses. It became a compartmentalized effort.

According to accounts, a gleaming object had been observed descending from the sky. It hovered along the ground, scouring the brush and grass beneath it to bare soil. It moved beneath a huge tree and was seen to once again rise into the air, but struck the branches of the tree some thirty feet up. The strange machine then lowered and moved from underneath the tree. It then accelerated straight upwards at a fantastic speed and was out of sight in seconds.

Sergeant Jerry Johnson observed fresh damage to the limbs of the tree at an impossible thirty or more feet in height. The damage to the tree indicated the width of the “Bogey” to be about 30 feet in width as well. An unlikely feat to fake what appeared to be the mechanical hacking of a metallic object against the bark of the broken branches. A hoax seemed almost impossible.

What upset the gathering of highly ranked officers the most was: how did an Unidentified Flying Object penetrate Whiteman air space without being detected by radar? The implications were ominous. Did UFOs possess a stealth capability?

Jerry’s unit was ordered to maintain the perimeter and prepare for an overnight vigil. This left the military police there nervous and unwilling to meet whatever had left the evidence of its visitation behind earlier. Even though the men had been issued hot coffee that night, Jerry admitted that they had had no problem remaining awake and alert, hoping that the UFO would not return. Johnson reported that his men were uncharacteristically silent and tense during their unusual nocturnal mission.

Up to that point Jerry Johnson had never had any interest in UFOs nor had he ever inquired about them, but after filing his official report, was miffed at the subtle air of suppression that existed around the incident. Whenever he asked about the results of the investigation and what had come of his report, he was stonewalled. Weeks passed and Jerry’s filed report along with his requests for it’s disposition were never addressed. Not even Project Blue Book personnel showed up to take down any witness accounts or ask questions. The incident was to be forgotten.

A story that finally gets told

Jerry would not speak about the UFO sighting at Whiteman AFB for years to come until he was directed to my attention around 1994 while I was writing my column entitled “Unexplained Mysteries” for the Plano Star Courier.

After having a pleasant lunch together, I began an initial audio interview and later invited Jerry to the Plano Telecable studios where we videotaped another interview with him giving testimony of the incident for a proposed documentary film I’d been working on. I wrote an article about his experience for the Plano Star Courier days later.

Jerry and I attempted to run details down concerning his connection with the UFO sighting at Whitman AFB by contacting the base by phone. He left word with an airman in archives who would later research through old air base records along with the magazine that was distributed among the families there to see if any mention of the sighting had been made. Days later we were informed that no details of the incident had been recorded. That was to be expected. In depth corroborating evidence would have to have been dug up such as whether security alerts had been in place at the time and had been logged in base operations documents and such, but that required more time and expense than either Jerry or I were capable of at that juncture.

Sadly, even though Jerry Johnson gave a well spoken account of his adventure into the unknown, the documentary never got off the ground. Many hours of recorded Super Eight had been expended to no avail.

They were taking it seriously!

A strange note in all this. As Jerry and I waited on hold with a speaker telephone with Whiteman Air Base, and cracked a joke, the voice of a security officer suddenly broke in to ask us what we were both talking about. It surprised both of us that they had been listening to our conversation unknown to us. Apparently they had not taken the inquiry into a UFO incident within the air base lightly. I would later receive several strange phone calls in the weeks to come with no explanation. It was hard for me not to consider that the two circumstances were not related without getting too paranoid over it. I tried the best I could to dismiss the whole thing and reluctantly let the investigation go. I had family and business to attend to as well.

It takes many resources, time, and money to dig for clues and evidence to a phenomenon that many would prefer just did not exist, especially the US military.

In (Part II) I will discuss the Bentwaters Incident in 1980, another shocking security breach within a SAC base in the European theater. Click here.