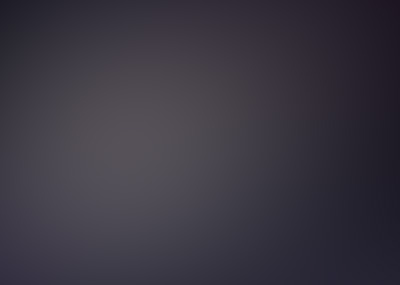 US astronauts found out just how electrical the entire sphere of the earth is as lightning storms permeate the atmosphere almost constantly. While orbiting, NASA Shuttle astronauts could extend a conduction mast out from behind the rear section of their space craft which would act as a lightning rod collecting energy that was significant enough to provide all the power they needed for instrumentation and life support during the duration of their experiment.

In a UFO the entire hull and interior environment of the craft would be electrically charged requiring the occupants to wear special tight fitting suits that no doubt kept the crew grounded and protected from shock as the propulsion system generated its powerful electromagnetic field downward to hover or ascend with. The fluctuations inherent in the earth’s own magnetic field would tend to cause a UFO to momentarily wobble or rock back and forth as the ship rode on its cushion of magnetic repellency.

Such electrical affinity and repulsion handled properly would negate the need for a necessarily smooth aerodyne shape and even therefore a cylinder could glide easily through the atmosphere on this kind of propulsion method. So, if we evaluate this system of motion within this electromagnetic regime, we can see that the shape is not as critical as the manner in which the ship maintains a power plant and how efficiently it reacts to the earth’s own gravitational attraction. All that would be needed would be an efficient navigation system such as a pilot to ship link via a band stretched around the skull used as a sensor that connects commands from the alien driver’s own brain communicating directly to the control of the craft.

Today we have such links between military pilots in helicopters and fight jets as any direction the pilot looks, the weapons system will target and await the next command. Helmets now fitted with sensors that make contact with the pilot’s nerve centers to the brain have been in use for a couple of decades now, though not as efficiently as an elastic head band. According to Philip J. Corso when a human was hooked up to the alien pilot head band he would see waves of color, but also experienced partial blackouts as the power of the headband signal seemed to overwhelm the human brain.

At the Roswell crash it was noted by the military who cleaned up the debris field and the field investigators that the recovery of head gear to this effect was obtained from the head of one of the dead occupants as corroborated by Philip J. Corso in his book, “Day After Roswell”. Even the CIA early in the investigation of UFO sightings in the beginning of the 1950’s had made a notation on one of their formatted field report forms that showed the word “electromagnetic” under the category of propulsion system, but it was crossed out though still legible according to investigator and author John A. Keel in his book, “UFO’s Operation Trojan Horse”.

So, we have a clue as to the feasibility of using a cylinder shaped craft to travel through the Earth’s atmosphere and still remain viable while attaining amazing speeds in doing so. This probably explains the numerous sightings of cylinder UFO’s due to the type of propulsion system discussed is not compromised by this particular shape.

As far back as July 24, 1948 one of the first unexplained aerial objects shaped like a cylinder was sighted a short time before the famous rocket-like UFO that nearly collided with an Eastern Airliner over Montgomery, Alabama commanded by Captain C.S. Chiles. The cylindrical craft was spotted over Robins Air Base in Georgia traveling at a high rate of speed while giving off a fiery glow.

Among more notable sightings was on June 3, 1965 by NASA Gemini project astronaut, James McDivitt, who spotted a cylindrical shaped UFO pacing his two manned space craft as it orbited earth. He noted that the unknown cylinder craft had 2 mechanical arms according an account given by Donald Kehoe in his book “Aliens in Space”. I’m sure that no such technology existed among human designers that combined industrial technology with space crafts at the time. Mechanical arms were used in highly radioactive nuclear reactors for scientists to manipulate hot isotopes, but adapting this to a cylindrical satellite in orbit, would have been quite a technological stretch for the Soviet space program that seemed to have been suffering quite a few setbacks at the time.

While UFO’s were being chased by Air Force pilots all over the US with little success and many casualties in the process, NASA and the Soviet Space program were still trying to strike the moon directly with their first interplanetary era satellites. NASA using the first generation Ranger satellite program and the Soviets using their Luna program were simply trying to crash their satellites into the moon, still lacking the capability of soft landing a craft on the surface of the moon at that time.