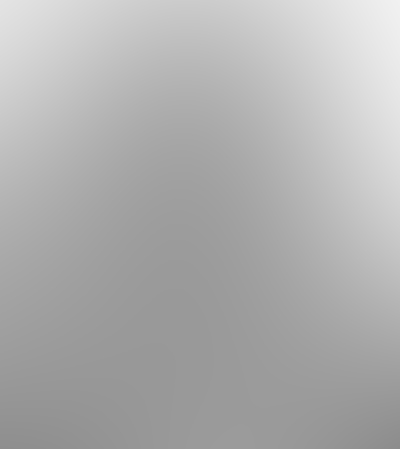 In our examination of the UFO phenomena it is very instructive for us to consider the amount of credibility that has been presented by the involvement of the highest ranking military officers in the US armed forces. If these men, who possess the best sources of intelligence and most immediate reports on what goes on are not only involved, but making candid and insightful comments on UFO’s then what more do we need for official disclosure? When our most dynamic military leaders are making shockingly informative admissions of their knowledge about flying saucers, then we need look no further for the truth. It is already here.

Through out the history of modern UFO sightings spanning six decades, we are confronted by the earth shattering testimony of many generals who have not only admitted their personal knowledge of, but have even participated in the long cover-up that has pervaded over many years. In the following article, I will reveal the names of many well known military figures who perplexed enough by the phenomena to pursue the truth, and even make public their belief in the very existence of this mind numbing possibility as our government continues to maintain an official position of denial.

Probably the first general who was ever forced to deal with an admission that something beyond the capability of our weapons was violating our air space was General George Marshall. Just six months following the Pearl Harbor disaster, the California coast maintained an uneasy vigil when one night shore anti aircraft batteries went into full alert and began firing at a slow moving elliptical aircraft that hovered over the coast of California. With photographs showing the unknown object taking direct hits with no effect as some 1400 shells were expended, locals went into near hysterics in LA and surrounding suburbs. By the end of the night an unidentified object had disappeared leaving a shaken community in its wake asking questions.

A US President demands answers

President Roosevelt demanded answers after receiving a series of reports that indicated a foreign craft had wreaked havoc upon US citizens of the west coast and yet US armed response had been ineffective and unable to bring down the mysterious vessel. George Marshall, Supreme Commander of American Forces in both hemispheres, released an official report on the incident to Roosevelt, that was vague enough so as not to unduly alarm the president, but was conspicuously devoid of many fantastic observations made by military and citizen observers. Newspaper photos of artillery shells literally exploding before they could even touch the alien craft had not yet been forwarded to the President, but were undoubtedly intensely scrutinized by experts shortly after the chaotic confrontation.

As US naval operations began the long and bloody prospect of regaining control of the Pacific from the Japanese, disturbing accounts of unknown formations of mysterious aerial armadas began to alarm military personnel. As vicious battles in the Marshall Islands, Guadalcanal, and New Guinea raged word had it that unknown air groups flew serenely through air to air conflicts untouched by 8 inch shells and 20 millimeter cannons as Japanese and American forces slugged it out. Although early explanations were written off as war nerves or hallucinations by exhausted crewmen, intelligence investigations revealed that indeed something was afoot.

A great US general directs investigation

General Douglas MacArthur ordered the formation of the Interplanetary Phenomenon Unit, a specialized intelligence group whose job it was to find out who or what was responsible for the unnerving sightings made by US military personnel in the hotly contested waters of the Pacific.  MacArthur would later make reference in his speech to the West Point Academy in 1958 that he believed that one day the world would be confronted by an extraterrestrial threat that would force all nations of the world to unite against the common aggressor.

In 1947 the Roswell Incident shocked the world. The announcement that the 509th Bomb Group had recovered a crashed alien disk in the deserts of New Mexico created a sensation. Even though Major Jesse Marcel, a nuclear arsenal expert who had briefed President Truman, had identified the wreckage as being from another world and his commander, Colonel Butch Blanchard had authorized release of the shocking discovery to the press, secrecy and denial would be the military’s ultimate response. General George Ramey of the 8th Air Force at Ft. Worth’s Carswell Air Field persuaded the American Press that the wreckage found on Rancher, Mac Brazel’s land was only a weather balloon although everyone in the Roswell area had been familiar with the frequent landing of these benign objects. General Ramey’s job was to quell the hysteria with a conventional explanation, and he did. The fantastic story soon faded into oblivion for decades to come.

However, as General Ramey took the saucer out of the Roswell story and magically turned it into a weather balloon, General Nathan F. Twining was already carefully researching the crashed debris and accumulating a report that he would present to the Pentagon. General Twining marveled at the superior flight characteristics of UFO’s and not only pointed out that they out performed the best US fighter aircraft, but were probably extraterrestrial in origin. He quietly moved the wreckage into the Department of Foreign Research and Development so as not to raise suspicion about the artifacts. From there the wreckage could be studied and assimilated right under the public’s nose as if it had been conventional equipment captured from our earthbound enemies such as Russia or Germany. General Nathan F.Twining’s intelligence estimate stunned the Pentagon.

In 1952 an unprecedented wave of UFO sightings swept across the US, quickly overwhelming the personnel and resources of Project Blue Book leading the Air Force into making many unfounded and misleading statements about major UFO sightings designed to deflate the growing public hysteria over the many sightings. Then, for several weeks came the famous Washington National Sightings that had been documented by many veteran observers such as airline pilots, Air Force interceptor crews, and radar personnel who were triangulating unknown targets over White House air space! Several eerie photos had been taken by reporters clearly showing luminous objects over Capitol Hill.

One pilot, Captain William Patterson in his F-94C jet had been startled when a cluster of unknown lights had begun to encircle his aircraft and tighten the noose. Blue Book personnel and Air Force officers watched on the radar screen as the unknown aerial objects moved in on Patterson’s plane. After several tense moments the objects who had been playing a high tech game of cat and mouse distanced themselves from a nervous pilot. Patterson was later secretly debriefed as to what he had seen. He may have been one of the few pilots to ever get such a close look at a UFO’s in-flight and live to tell about it.

The task of debunking and stonewalling over the succession of major sightings came to General John Samford, who appeared in Washington DC at the Roger Smith Hotel in the largest press conference held by the US armed forces since World War II. As reporters stood ready with their cameras and flash bulbs in anticipation, the general addressed a concerned public. Stating that UFO’s had been explained by such events as misidentified aircraft, meteorological phenomena, hoaxes, etc. he did not rule out the possibility that thermal inversions in the warm, moist, and still air over the Washington DC area could have caused false radar returns. General Samford further stated that UFO’s did not seem to present a threat to national security. His statement did, however, leave room for the fact that the Air Force did not have a definitive answer. Many angry radar operators who had worked with their equipment since World War II knew they had tracked solid targets that were not weather related. Senior Air Traffic Controller, Harry Barnes, had been convinced that the UFO’s had heard and understood the commands given to Air Force interceptor pilots as they chased their mysterious counterparts across the skies over the White House.

In 1953 Project Blue Book headed by its director, Captain Edward J. Ruppelt would amass enough convincing data that pointed to an extraterrestrial hypothesis as explanation for the many daunting confrontations occurring between UFO’s and US Air Force personnel. The observations of triangulated radar sightings, dog fights, and even crashes and deaths during pursuits had convinced many high ranking officers that UFO’s were not only real, but were alien in origin. When confronted by the compelling evidence General Hoyt Vandenberg, balked. He immediately rejected the extraterrestrial theory and demanded further investigation before rendering such a conclusion before the Joint Chiefs of Staff at the Pentagon. He simply could not accept the earth shaking implications of such findings even though many of his colleagues already had.

I will further explore this fascinating admission on the part of our government by its very own military leaders in PART TWO – https://www.ufodigest.com/article/us-generals-who-made-public-admissions-about-ufo%E2%80%99s-part-ii.