UFODigest.com » Aliens and UFOs » FIREBALL UFOS ARE BACK OVER NEW YORK SKIES 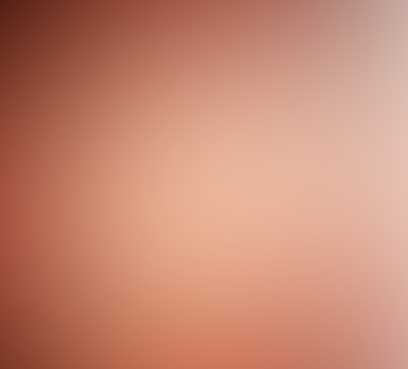 The other day I was reviewing the database at the National UFO Reporting Center for sightings in New York. I noted a commentary by one of the analysts that during the first two weeks of November, sighting incidents of orange, reddish-orange fireball UFOs has dramatically spiked nationwide.
The fireball UFO phenomenon has typically been reported as red, yellow or orange orbs or simply as balls of fire in the sky. At first, UFO analysts and debunkers alike thought these things were hot air balloons or airborne party favors called Chinese lanterns.  Yet many of the sighting reports indicates that multiple fireballs move silently and sometimes at great speed in geese-like formations or in single lines. Most credible reports state that the fireballs seem to be highly maneuverable and under intelligent control. Does that really sound like a Chinese lantern? Case reports for fireball UFOs go back decades.
In reporting center records, the fireball UFOs ranks fourth in the directory of about 30 types of unexplained objects sighted or 7 percent of the overall sightings.  As of Nov. 11th, the center national database lists about 238 reported UFO sightings for the month, an average number. What’s remarkable is that about 50 of those reports were of the fireball variety; that’s about 20 percent of the world’s sightings for the period, which is huge. You heard it first here at New York Skies.
Of course, here in New York we’ve had our own share of fireball sightings over the past two weeks. Let’s take a look at recent New York sightings:
22 Oct.: At about 6 a.m., an Albany resident went out for an early morning jog. Upon turning a corner, the jogger reports seeing a disk-like object with an assortment of colored lights, with red and white being prominent. The disk moved silently and slowly to the northeast, then suddenly it “just disappeared.”
24 Oct.: At about 8 p.m. in Plainview, a trained observer saw a black triangle UFO with a classic four-light configuration. Lights were on each of the triangle’s points and a single light in the center of the craft. The craft was reported to have wandered around the region for over an hour.
1 Nov.: At about 9 p.m., a resident of Ravena along with his wife and kids observed three bright reddish orange objects that appeared to be about 3,000 feet above the ground flying silently in a triangle formation. When the objects reached half way across the sky, they broke formation. Each of the fireballs seemed to change speed, with one fireball apparently speeding up to lead the other two objects.
1 Nov.: At about 11 p.m., a New Paltz resident reported seeing a bright circular object with two orange and two blue lights. The object hovered the over the Mohonk Tower before moving east at a rapid pace. As it got closer to the observer’s home, it just disappeared.
3 Nov.: At about 2:20 p.m., a Cadyville resident was doing some fall planting. He reports that upon taking a break, he tilted his head back to take a swig of water and saw a small, bright amorphous bit of light traveling very fast north to south. He says that before it reached the horizon, it just winked out. He comments that the sighting caused him to yell an excited “Holy Crap!”
3 Nov.: At about 7 p.m. in Palmyra, a large group of people witnessed three to four white lights moving in circular formations between the clouds. The lights were reported to have performed many different variations of circles and merged into a small group of lights.
4 Nov.: At about 10 p.m., a motorist in Niskayuna reported seeing silent colored lights in the sky. Upon closer observation, it was noticed that the object was hovering silently near the tree tops. It appeared to be about the size of a car. It had wings shaped like bananas, with blue lights on the ends of the wings. The object had four alternating red and white lights on the bottom that had glowing quality, rather than being like a spotlight. The bottom of the object had two protruding geometrical shapes that looked similar to aircraft rudders that pointed downward. When the object moved, “it glided.” The observer notes that the object was loitering not far from the Knolls Atomic Power Laboratory.
9 Nov.: At about 4:30 p.m. in Odessa, a man and his wife observed a double string of diamond-shaped reflective surfaces fluttering and undulating about and moving in a northwest to southeast flight path. The objects resembled flat, square, reflective surfaces as if attached to a string and being pulled through the air. At first, it was thought that the objects were reflecting light, but then it was realized that the objects were emitting their own light. The observers report that the movement was far faster that a flock of birds or something drifting in the wind.
9 Nov.: A about 6 p.m., a resident of Farmingdale reported seeing a group of six orange fireballs in the evening sky. The fireballs were coming from the east in groups of one and two and each silently crossed almost directly overhead. All of them were traveling fast, similar to a jet airliner.
I need help from my readers. I am seeking Mattydale residents that might remember witnessing the flying disk that crashed in Mattydale in 1954; it was something that was hushed up. If you have knowledge of this UFO event, I’d love to hear a personal account. Email me contact information at [email protected] The names of witnesses will be held in strict confidence to protect their privacy.
Source: http://www.syracusenewtimes.com/new-york-skies-fireball-ufos-back/