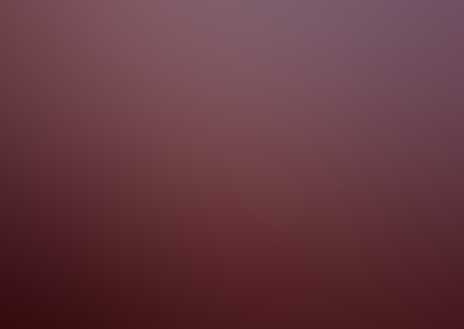 Newspaper headlines on July 27, 1860, announced that a sectarian civil war had just broken out in Syria between the oppressed Druses and the region’s dominant  Christian sect.

In New York City, many people were at their windows and doors seeking relief from the day’s sweltering heat. The sky was clear, except for the occasional vivid flash of sheet lighting. At about 9:30 p.m., the sleepy evening’s peace was broken by an unexpected great luminance in the sky and the appearance of two great red balls of fire silently passing overhead. The local press called them “Chariots of Fire.”

The New York Evening Post reported that the flaming objects moved too slowly to be meteors, as it took nearly a minute for the objects to cross the sky. Observers stated that the objects appear to be as large as dinner plates with trails that appeared to be about 10 feet long.

In Philadelphia, reports described objects the size of a full moon as they blazed across the sky. The reporter noted that the motion was not as fast as expected of a meteor, but certainly faster than anything man made.

In the nineteenth century, Washington, D.C., was a sleepy southern town. The Washington Star reported the blazing objects to be about 10 degrees of elevation off of the horizon. The account further reported that the two objects coming from the northeast faded into a cloud bank and that the whole sighting lasted about 30  seconds.

The Norfolk Day Book newspaper, in Virginia, pronounced the event as “… a strange and beautiful display …,” and “… exceedingly brilliant …” It described the two balls of fire as resembling a pair of “dumb bells.” In that era, dumb bells were cast iron gym weights that were round balls separated by a hand hold. The Norfolk sighting ended when the fire balls entered a sizable cloud bank.

Finally, on Saturday morning, The New York Evening Post reported that the two objects had also been sighted in Albany and along the Hudson River valley.

All through the newspaper accounts, the reporters refer to the two fire balls as moving fast from the northeast towards the southeast. Most of the articles also note that the event wasn’t as fast as one might expect from a typical meteor.

Most of us who have seen meteors know that such events are usually “Oh My” moments that briefly appear and are gone in the blink of an eye. In the research I have done, most meteors and small asteroids enter our atmosphere at between 20,000 and 50,000 mph. Space craft in low Earth orbit typically fly at about 17,600 mph. The near Earth asteroid that entered the atmosphere over Chelyabinsk, Russia, in February came in at an estimated 41,000 mph, or 60 times the speed of sound. At that speed in the high atmosphere, a pressure wave forms in front of the meteor and forces it to explode. In Russia, that explosion occurred at about 76,000 feet and had an explosive force of about 440 kilotons of TNT, or about 25 times that of the Hiroshima atom bomb. The Russian asteroid was in their sky for mere seconds as you might expect from a meteor.

I did some very rough math to calculate the speed of the 19th century New York City “Chariots of Fire.” OK, some assumptions: A bright object on a clear night at 10 degrees off the horizon could easily be seen 30 miles out. So we’ll assume a 60- mile flight path across the horizon. The New York Star reporter said that the event was in the NYC skies for about a minute. A 60-mile window for 60 seconds would give us a rough speed of 3,600 mph. That speed divided by the average speed-of-sound in air of 770 mph would suggest that the two fire balls were flying at about Mach 4.7, or nearly five times the speed of sound. That is very slow for a meteor,  but that speed is typical of a space craft like the space shuttle or the Russian Soyuz capsule still in its high altitude phase of its re-entry.

Also, if you take into account the time window the fire balls were observed over the 460 airline miles between Albany and Norfolk, Va., the whole transit time would have taken about seven and a half minutes. This is consistent with the loose time around 9:30 p.m. each of the newspapers reported.

For my money, I would wager that the 1860 balls of fire over the East Coast were a pair of space craft entry events.

Let’s look at some October sightings in our New York Skies:

Oct 1: At about 10:45 p.m. near Middle Island (Long Island), roundish orange/yellow fiery balls of light were reported that made no sound and that moved quickly across the night sky from the northwest to southeast.

Oct 2: At about 10 p.m., a Naval veteran was driving down state Route 5 near Caledonia and witnessed a large triangular craft as it passed overhead about 500 feet off the ground. The craft was reported to be the size of a passenger jet. It rotated, turned 90 degrees to the right and silently vanished.

Oct 9: At about 7 p.m., three Bronx residents witnessed a group of up to 15 red/orange lights in the sky for about 10 minutes, before they just disappeared.

Oct 11: At about 8:45 p.m., a Rochester couple was coming home from the grocery store and noticed a very large, bright, star-like object hovering in the sky below the cloud cover. They indicated it winked out then reappeared in about the same spot.

Oct 11: At about 9 p.m., a Fayetteville resident reported a brilliant white chevron with no blinking lights silently traveling to the northwest. This white light changed to pink.

Oct 12: At about 1 p.m., a trained observer in Owego witnessed a disc-like object flying from the southwest to the northeast over the western horizon by the village of Owego. The object made no sound and had no visible wings. Shortly afterward, a second object of similar configuration was observed flying from the east to the northwest near Binghamton, but at a higher altitude.

Oct 14: At about 2:15 p.m., a Peekskill resident observed a silvery/gray oval or egg-shaped object at high altitude moving across the sky for eight to 10 minutes before it vanished.

Are you interested in UFOs? Come join me for an afternoon presentation and open discussion about UFO sightings in the Empire State. Mark your calendar for Sunday, Nov. 3; visit our website for details.