UFODigest.com » Science » Space » Mars » HAS A CROSS BEEN FOUND IN A MARS ROVER PHOTO

A observant truthseeker has put out a video giving the viewers a closer look at the Cross.

Hit the link below to see the  Rover Mars picture.

He has found a cross which appears to be either a territory marker or what we use as grave markers. Other objects on the video are interesting. It seems a structure is possible. The Ancient Egyptians used the cross as a sacred symbol for the ankh. The cross has been a sacred symbol since ancient times. Its fascinating to see the coincidence of a cross marker in the Mars Photo by Rover.. I hope we get a closer look by Rover because the area is very interesting.

Hit the link for the video

Crosses are used for markers and  symbol used by Ancient  Egyptians. 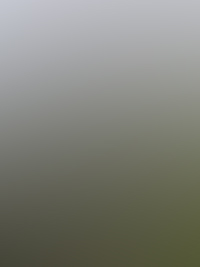 Isis carried the ankh which was the symbol for eternal life for the Ancient Egyptians. Many have thought that the possibility of Ancient Egypt was constructed with the aid of technology from a lost civilization. It would be truly amazing link of a cross on Mars and the ankh cross of Egypt. Is it just a bunch of rocks on Mars or is it a cross? I hope Rover gets a closer look.