UFODigest.com » Science » Human Consciousness » Is Our World Composed of Pixels, Are We Emulated Minds? 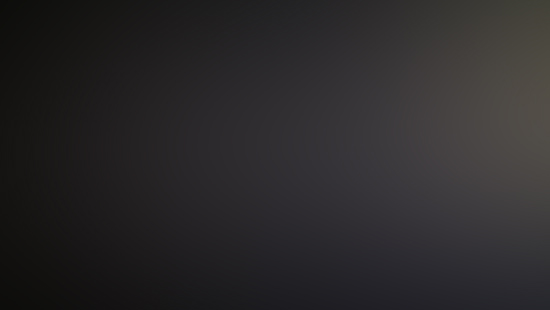 Is human DNA actually a form of synthetic biology? If so, who or what created our pixels? Can the UFO puzzle only be fully explained with the answer that we live in a super-computer simulated world?
Recently there was a report of a battle in the Florida skies between the military and a fleet of UFOs. Everyone decided rather laughingly that this report was the silliest thing. Being a contrary soul, I asked myself, “But, under what circumstances might this report be true?”
https://www.ufodigest.com/article/ufo-engage-military-jets-0727
I do feel it wise not to flush the more extreme reports right down the toilet instantly, laughing as we do so. Thinking on them just a bit might, one of these days, uncover some important clues to the UFO mystery.
I hasten to add that probably this particular report is not true as it was reported. I don’t see it as a hoax (of course it could be), I see it as someone applying Star Wars space battles to some strange goings-on in Florida skies. If this was a hoax, I think the participants would have notified local television stations to get attention and probably produced a photoshop rendering. Instead, the photo which accompanies this report is fairly interesting. The fact this activity in the skies was not reported in the media, was given as a reason why it didn’t really happen. I don’t see that as necessarily valid, but back to the main topic:
Under what circumstances might this event have really happened?
One of the leading theories regarding the source of UFOs is that we live in an advanced computer simulation. Nick Bostrom’s work on simulated reality (which is like virtual reality on steroids), is respected; most open-minded theorists agree that this is indeed a possibility not only regarding the truth of UFOs but the truth about our entire existence and our world.
The idea that we exist inside a great computer which simulates our world and our universe, is repugnant to most of us. There are people who find it exciting; I am not one of them. However, investigating and searching to find the truth is what science should be all about, and it is no coincidence that spirituality is also about investigating and finding truth. I suspect that there is a larger spiritual truth to which all individual paths lead and I suspect that truth is scientifically valid as well.
Several years ago, I did an article on the basic premise offered by Nick Bostrom that we actually live in a computer simulation.
https://www.ufodigest.com/article/are-we-living-super-computer-simulation-aliens-beings

The only rational explanation for that “space battle” over Florida would be if the UFOs were being controlled by a great cosmic joy stick somewhere.

But what if the human military was also a computer simulation, as were the observers who reported to us?
We who know UFOs exist, whatever they are, get laughed at quite a bit. Perhaps like a child who is bullied, some of us then become bullies ourselves when reports come in which are “too strange.”
So, let’s go on with this crazy quantm (super) computer simulation idea:
High level scientists are even now conducting experiments to discover whether the universe exists within a simulation created by super-computers of the future.  Might it be future humans running a super-computer in which we, their apparent ancestors, dwell?
Time magazine reports that by 2035, we will be linked permanently with computers via chips implanted in our skulls. If some of us don’t want that, we will soon be left behind in very dramatic, life threatening ways because the new state of the human/computer Singularity will put us “organic humans” in the same boat as the Neanderthals. However, not to worry because most of us who tend to oppose computer take-over will have died of old age. The new human generations just love everything “computer” and most will be thrilled to be connected.
Where will the human-computer Singularity be by the year 2400? Will we have achieved the creation of synthetic biological life forms? Will we BE synthetic biological life forms?
http://homoartificialis.files.wordpress.com/2012/03/whole-brain-emulation-by-sandberg-and-bostrom.pdf
Notice the word “emulation” in this link. This is actually what we are talking about, not “simulation.”  “Emulation” is the internal, total re-creation of the human mind through computer technology while “simulation” is the outer creation of environment and the human’s perception of it – through computer technology.
So, by the Year 2400, will we have recreated the human mind entirely by feeding its every nano-circuit into a super computer? My guess is, we’ll do it closer to the Year 2100. By 2400, we can’t even imagine….
The composition of our reality is composed of sub-atomic particles and waves. Are these actually advanced pixels?
If this is true, our simulated/emulated world could be run not by future humans but by alien intelligence. However, in this article I would like to take the approach that humans of the future will continue to advance rapidly in computer-related knowledge, perhaps stopping at no spiritual or ethical boundaries. And so, in a few hundred years, we will design a super-computer which emulates the human mind and which simulates a living, seemingly organic world. How will the mind within know its world is simulated? Perhaps it will not. How will the mind know it is an emulated mind?
At the University of Washington, a super-computer is working to discover the truth of our existence. However, are they creating the foundation for that super-computer which they now seek to discover?
“Imagine the situation where we get a big enough computer to simulate our universe, and we start such a simulation on our computers,” says Professor Martin Savage, a physicist working on the project. “If that simulation runs long enough, and has the same laws as our universe, then something like our universe will emerge within that simulation, and the situation will repeat itself within each simulation.”
The current understanding of string theory indicates that there are 10,500 universes with different laws that determine the behavior of particles within them. “So it is certainly true, that with enough computer resources, theorists would like to explore these universes,” he adds. 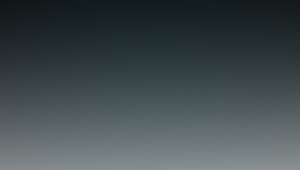 Illustration: Super-computer simulation of the unknown universe
Finite computer resources mean that space/time is not continuous but set on a grid with a finite volume, designed to create maximum energy subatomic particles. The direction these particles flow will depend on how they are ordered on the grid. They will be looking at the distribution of the highest energy cosmic rays in order to detect patterns that could suggest that universe is the creation of some futuristic computer technology.
Particles on a grid? Are we indeed talking about the pixels of a computer?
If it does turn out that we are mere players in some sort of computer program, they suggest that there may be a way to interrupt the program and play with the minds of our creators. “One could imagine trying to figure out how to manipulate the code, communicate with the code and questions that appear weird to consider today,” says Professor Savage.
How about re-programming the simulation like James Kirk did at Star Fleet Academy with the Kobayashi Maru simulation? How about escaping the matrix?
Also, could this explain past lives? Perhaps your past lifetime is merely a parallel aspect of your emulated mind within the simulation – a different program of YOU. All sorts of paranormal and metaphysical ideas can be explained through the computer-simulation theory and this theory explains the anomalies of UFO and alien behavior the best of any theory.
Goodness, are we in a computer simulation in this universe which we know and love so well?  Some very smart people feel this is the only answer to a number of stubborn questions which don’t make sense with any other answer. Are the extreme distances involved, from star to star and from galaxy to galaxy, truly impossible? That is, yes, all of the universe is there just like this typing is there on my monitor and your monitor, but it is not “solid typing” as with our old Selectric typewriters on 3 dimensional paper.
Could this be the reason so many Earth species are becoming extinct, often suffering from an immune deficiency disease which now involves so many diverse species? Has our “Earth simulation” caught or been implanted with a computer virus and so we are becoming a malfunctioning simulation? Could this be the reason for many things going wrong, from the structure of society to the melting Arctic ice?
Yes, it might sound ridiculous, but stop to consider what we have done as of 2014 with technical advancements. Quantum super-computers do exist and are being developed fully. 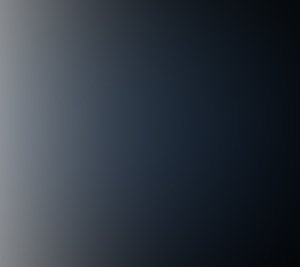 Do you ever have a glitch in reality? Perhaps déjà vu or a premonition, or just a “funny moment” wherein an anomaly occurs which simply cannot happen? Perhaps the glitch is in the programming of your emulated reality.

If we live in a computer simulation, it also means there is no death; the research being done on the morphic field of consciousness inside and outside our own mind which stretches into the universe, also could work in with this super-computer simulation. Obviously the implications are huge regarding the course of human history and well, everything. In a sense, this is the Theory of Everything for which scientists search.

What will stop future humans from creating a super-computer simulation of the universe as soon as it can be done? Humans are not the best at listening to ethical and moral considerations when it comes to technology.

But wait! Are future humans actually free beings while we, their ancestors, are computer simulations? There are several possibilities:

Whether we are originally energy-simulations or organic, we are real and free, anyway. We bleed. We hurt. We laugh. We can affect our reality and adapt. We have freedom to some extent.

When we manage to “mess up the game and play with the minds of our creators,” perhaps we graduate to becoming one of the creators, somehow. This is not unlike spiritual philosophies which tell us we reach Godhead after sufficient experiences as lesser beings. Or (a variation), we are all one small component of God – a pixel of God.

Our descendants, the future humans, might be computer simulations too, in an even bigger universal super-computer. Serves them/us right.

So it is what it is and we might as well not go around worrying about it.

REVIEW#1: “I am privileged to say that Diane is a colleague and friend who, with myself, is also travelling along a path of discovery into the “unknown” – “Where no man has gone before.” Diane has a rich history of writings on the UFO subject, she being a lifetime “experiencer” and also counselor for so many who have experienced inexplicable events in their lives. Her book, “THE UFO AGENDA” is her latest “gift” to the UFO community. Enjoy.”

REVIEW #2: “This is a comprehensive, well-written and intelligent book on a subject I’ve been interested in all my life. I love how the book references so many different areas of life to assist in understanding a very deep mystery, giving examples from Star Trek to quantum science to help illustrate the author’s points, and does not just serve one belief system. It got me thinking on multiple levels. My favorite parts are the personal anecdotes. It puts a human spin on it all. Well researched, a fantastic collection of articles and essays not to be missed.”