UFODigest.com » Aliens and UFOs » Alien Abduction » Is There a Place Called Other-Earth Composed of Dark Matter and Dark Plasma? (Part One) 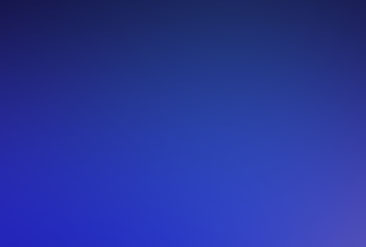 We are composed of bio-plasma, a form of visible matter.

Physicists have discovered dark plasma, a form of dark matter which is abundant throughout the universe. In fact, there is approximately 6 times more dark matter than visible matter.

Is there Intelligence visiting us from Dark Earth? Has Visible Earth (our Earth), always been gravitationally linked to Dark Earth? :

In this article, I prefer the term “Other-Earth” to Dark Earth.

“Dark Earth” inaccurately implies evil or negative; in fact it is called Dark Earth, sister to our Visible Earth, only because it is composed of invisible dark matter. There is no “evil” connection to dark matter. To me, it is one of the regrettable tendencies of UFOlogy to paint “ultra-terrestrial” life as inherently evil and threating to us. Why must we humans always fear the imaginary boogey man? 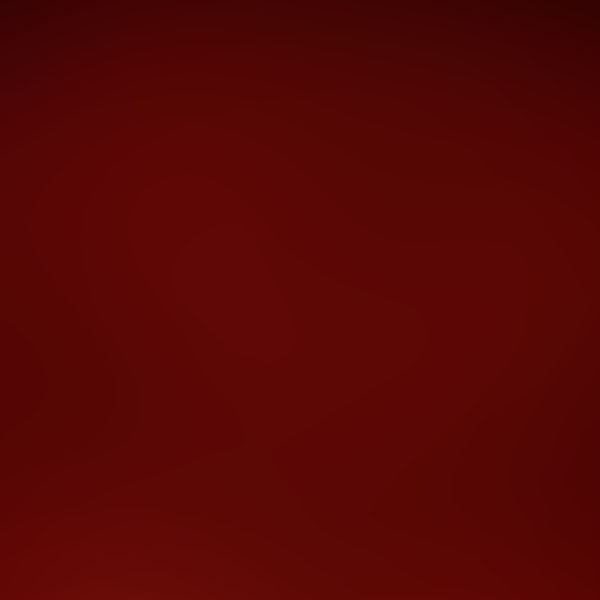 A bit of background information on dark matter: Today physicists around the world are delving into the reality of dark matter and dark plasma which is one form of dark matter; in doing so, they are radically changing our knowledge of the universe. Discovering the locations of dark matter is based on its gravitational effects on surrounding matter.

Dark matter seems to be the source of “extra gravity.” Astronomers have discovered that the gravitational effects observed in our universe don’t match the amount of matter perceived. To account for these differences, it appears that the universe contains a mysterious form of matter that we can’t see. Throughout the universe, there is approximately six times as much dark matter as visible matter.

In the 1930s, Swiss astronomer Fritz Zwicky first observed that some galaxies were spinning so fast that the stars in them should fly away from each other. Unfortunately, Zwicky had personality clashes with many in the astronomy community, so his views weren’t taken very seriously.

In 1962, astronomer Vera Rubin made the same discoveries and had nearly the same outcome. Her work was mostly disregarded because she was a woman. Rubin bravely continued her work and by 1978, she had studied 11 spiral galaxies, all of which (including our own Milky Way), were spinning so fast that the laws of physics ordained they should fly apart. Together with work from others, this was enough to convince the astronomy community that something strange was happening.

We are now certain there is far more dark matter than visible matter which is called baryonic matter. This is what we’re used to, the matter that comprises us and everything we know and perceive – visible matter.

Gravitons are particles which mediate the gravitational force of our visible matter. Today, physicists are working to find whether there is a super-symmetrical partner to the graviton called – the gravitino – the mediating force of invisible dark matter. Indeed, physicists are seeking to prove that the entire universe is super-symmetrical. Gravitons and gravitinos, if these exist, are mirror images of each other.

There are growing alarm bells and/or utter wonderment in theoretical physics that dark matter could have nurtured and evolved life, just as visible matter on Earth has done. No one knows at this point if beings of Other-Earth might be able to perceive us. Have they always been aware of us visible folk? Do they even have eyes? I am getting ahead of myself.

I wish to state that in writing this article, I am relying heavily on the research and writings of Jay Alfred. His website is http://www.dapla.org/

New Dawn magazine is available through their ad on the right hand side of UFO Digest.

While referring to much of Jay Alfred’s work, I also hope to add my own insights on dark plasma which might explain some UFOs, ghosts, fairies, jinns, orbs, and even life-after-death experiences.

I recently wrote https://www.ufodigest.com/article/are-ufo-occupants-composed-plasma-their-life-force-residing-electric-energy for UFO Digest; Jay Alfred feels advanced Other-Earth beings might have the ability to convert their dark plasma into our “normal” plasma for a period of time, and thus Other-Earth might be the origin of bright plasma-UFOs and UAPs (more on this later). We do have to ask, if some UFOs are plasma, or manned by plasma-beings, where is this plasma world of theirs? In researching a possible answer, I became engrossed (or enveloped), by dark plasma possibilities.

Dark matter has been found to gather around visible cosmic bodies, like Earth. Any cosmic body with sufficient mass to possess gravity has apparently also attracted dark matter, which creates “extra gravity.”  In fact, researchers believe that in the early universe, dark matter was spread out in a web of filaments, some of which still exist. 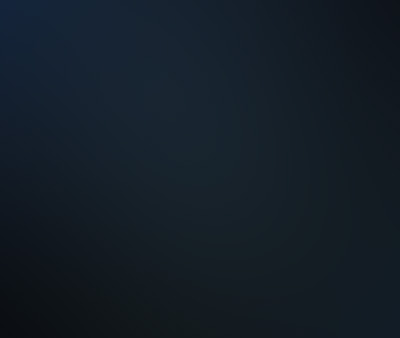 It is possible that gravity corridors which offer inter-galactic travel in relatively short traveling time, would depend on these invisible dark filaments as much as corridors of the gravity we know, generated by visible cosmic bodies. https://www.ufodigest.com/article/gravity-corridors-alien-moons-and-creatures-below

Dark Matter Earth, which I prefer to call Other-Earth, was probably created at the same time as Visible Earth about 4.6 billion years ago. The Solar System was just being formed and dark matter filaments and other components were many times more abundant in the universe than visible matter. Therefore, since its birth, Earth has always had a dark halo composed of dark  particles originally from the Milky Way’s galactic dark halo and webbing network. Over billions of years, this “dark halo” of visible Earth’s was added to by countless events, including the Moon crashing into Earth (the Moon having its own dark halo). An ocean of dark plasma formed around Visible Earth.

Dark plasma has very low density but tends to form in clumps. There are dark matter and dark plasma clumps all over the universe and sometimes they form into dark particle clouds or “oceans.”  These plasma oceans are still less dense than matter on Visible Earth. Visible particles of which we are composed, are very densely packed together!

Could these clumps of dark plasma over billions of years, evolve bio-plasma? Could a form of consciousness have emerged? Could life itself have emerged?

Some researchers feel evolution would advance more quickly in a less dense bio-sphere; being dense and thus visible means a constant struggle against other objects and against gravity itself. There is logic in the possibility that beings from Other Earth would be more advanced than we are.

It is very possible that Visible Earth and Other-Earth both originated and developed life-forms in their own unique ways, as they danced together over the millennia in perfect super-symmetry.

Our fellow sister-dancer is much larger in area than we are. The relative dimensions of Other-Earth to Visible Earth seem to be similar to the giant gas envelope of Planet Jupiter to the actual size of rocky-surface Jupiter, which is about the size of Earth.

Other-Earth is as large as giant gas-Jupiter and 1,000 Visible Earths can fit inside. Other-Earth is all around and possibly is super-imposed over us and our world.

Our dark sister is indeed much larger than we are but she is in fact – Earth. Her life-forms might be alien to us but they are still from Whole Earth. No doubt actual space aliens gaze at Earth from space and their technology helps them perceive the large dark Other-Earth halo and the tiny solid, dense, visible Earth as one planet. 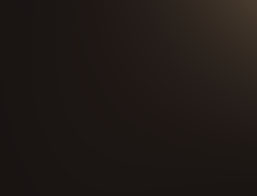 At this point, we have to ask, what is a life-form? Perhaps “an intelligence” is a better term because Other Earth natives would not be solid and dense like we are. Composed of dark bio-plasma, they would have a lower molecular density, thus could float through walls or zoom in mind-boggling ways in the atmosphere when they visit us. Sound familiar?

Does this account for UFOs, ghosts and more?  They likely would “swim” through our atmosphere; we sink because we are so dense. Gravity really has a hold on us.

Other Earth is imagined to be a dark plasma ocean; this is their bio-sphere, their reality, their Planet Earth. It seems they would develop telepathy for communication because fingers and tongues would not exist; they would likely be a blob of Intelligence, swimming in the dark ocean. Might they also be able to shape-shift their forms into shapes we understand? Are these the shape-shifters of Celtic myth as well as the folklore of other human civilizations?

What is life? Is it always a solid, visible life-form, preferably with two or four legs, a head and eyes? Is our own life-force defined by our density, our visibility, by our 2 legs and our head?

As quantum research delves deeper, we are realizing that life dwells in consciousness, not in the components of solid visible bodies.

Therefore, we must assume that the life-force of Other-Earth beings lies in their consciousness as well. Consciousness can and probably does exist in Sister Earth’s plasma ocean which has been evolving for as long we have; Other-Earth has been with us from the beginning.

In fact, Jay Alfred tells us that it is likely that beings of Other-Earth are as diverse as all of Visible Earth’s life-forms, thus they vary as much as our microbes do from our whales, as much as mosquitoes from tigers, as much as giraffes from crocodiles, and as much as human beings vary from ants. Other-Earth beings probably vary in awareness to these extreme degrees; there may well be highly aware and evolved beings, equal or beyond our present stage of evolution.

Of course quantum physics also states that there are countless “Earths” because there are endless alternate dimensions; there must be countless Dark Earths, therefore. And, do the dark halos of other planets contain conscious beings? How all this fits together is beyond me, but it was also beyond Einstein, so I shouldn’t feel bad. Strangely enough, the super-symmetric theory of the universe can’t be proved until physicists manage to unify the field – that which stumped Einstein. So we should not feel bad if we are confused!

However, the revelation that Earth has a dark sister and has always had this giant dark Significant Other, a world which is also Earth – is astounding!

I want to add here that this is not the anti-matter universe; that is apparently an entirely different subject.

In Part Two of “Is There a Place Composed of Dark Matter and Dark Plasma Called Other Earth?” we’ll look into:

Might parallel Dark Earth be the world of the after-life?

Do dark plasma beings form symbiotic, even spiritual relationships with counterpart humans? Might they guide the consciousness of a human after death? Might they be our elusive angels?

Are some Other-Earth beings evil or at least cold scientists who might abduct and capture a “dense being” for an hour?

Is this the source of Jinns? These illusive life-forms have always been thought to be from “ultra-terrestrial Earth.”  Jinns and ghosts are thought to pass through walls, being less-dense molecularly than we are. UFOs blink out of existence; do they return simply to Other-Earth? Are these the shape-shifters of legend?

Is Other-Earth the source of space and atmospheric critters and bright colored orbs which sometimes have a translucent quality?

If dark plasma “over-lays” visible matter, does an individual become dizzy and disoriented as in UFO encounters? It is thought that concentrated dark plasma would have this effect on us.

Picture: Our Lady of Fatima was first a ball of light

How many times has an apparition or angel first appeared as a ball or disk of light, only to become the form of an angel or ghost when it gets near to a human?

Do our dark cousins read our thought vibrations as they come closer, and thus become what we can understand? In other words, do they “arrive” as a ball of plasma and become an angel, ghost, or UFO for our perception and benefit?

Part Two will be published soon.

Sign up with Diane for Exo-Trekking,  free newsletter. [email protected]