UFODigest.com » Aliens and UFOs » Alien Abduction » Is This Proof of Morphic Resonance Between Dogs and Humans? 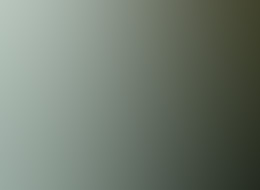 Rupert Sheldrake has done extensive research on morphic resonance between dogs and their human friends. By training cameras on both dogs at home and their humans who are heading home at unpredictable times of the day, Sheldrake has shown that some dogs know that the beloved human is coming home. The dogs begin to get excited and go to sit by the door or window in expectation.

I find morphic resonance a fascinating concept not only because I love animals (I am willing to bet cats have the same ability when bonded to a human), but because this opens the knowledge of a human morphic field of consciousness which aliens might also “read” and with which they might interact, or try to interact. Is this one of the keys to the mystery of alien abductions and more-friendly encounters?

In the news is the account of a beautiful white Husky named Zander who was distraught over his human’s abrupt hospitalization. Zander left his yard, crossed a stream, a busy parkway, many busy residential streets, and somehow knew his human was in the huge multi-storied hospital two miles away. There Zander sat at the door, anxiously.

Did Zander smell his human’s scent? That answer makes absolutely no sense, not only because his human had not walked to the hospital through the stream and, across the parkway but also because a huge hospital has so many scents!

Zander had never been to the hospital before.

Zander had cried and sulked for days before leaving to find his human, who had rescued the dog five years ago at the shelter. “He was moping around for the days. My wife said Zander was depressed for days when I was gone, had water in his eyes and looked like he was really sad,” said his human.

Dogs like Zander do have a whopping 200 million to 300 million scent glands, but there is more to it than biology. “Some dogs seem to have a special human-animal bond that leads them that way, a sixth sense,” said veterinarian Dr. John Charos.

Of course we can simply chalk this up to the strength of the dog’s love and loyalty for his human, but what is that scientifically?

This is quantum entanglement! This is morphic resonance!

The above article is also currently featured in New Dawn magazine in their Special Issue which is about UFOs and the future of humankind. There are a number of absolutely fascinating articles in this New Dawn issue and I am honored to be a part of it.

Note:  Lest it seem I have taken over UFO Digest, I assure you I have not! Along with Robert Morningstar, I was asked to simply edit articles while publisher Dirk Vander Ploeg is in Peru. Alas, the Internet connection in remote parts of Peru must not be good because I haven’t received articles from Dirk to edit so he can then publish them. So, I have no one’s articles to edit or publish but my own which I can obviously send to UFO Digest myself and post. After several days of looking at the Google Maps UFOs or lens flares photos, I figure we need a change to keep the website alive and active. If you post your article yourself, I can access on UFO Digest but if you send it to Dirk’s email (as I usually do), for him to edit, then I have no access to your article at present for publishing.