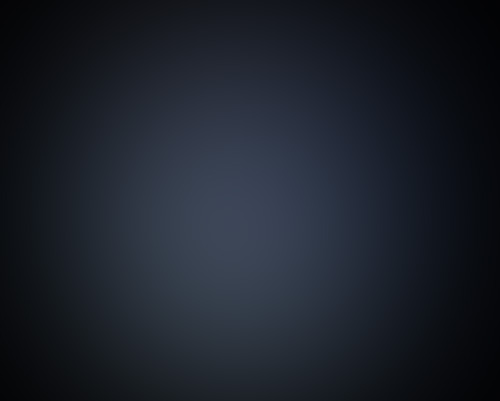 I have never heard both scientific reasoning and spiritual passion skewered as badly as I have in articles on “MMGW” (man-made global warming) these past 3 days.

I even hear Tony Elliot continuing to insist that Iowa is “scrub  brush country” when Iowa is  verdant, fertile farming land, north, south, east  west, and in the middle, too. Tony, your stats are erroneous. We use no irrigation unless there is a drought which has happened very infrequently until now. This “scrub brush” insistence embodies the absurdity of many of the arguments both Tony Elliot and Pat Regan have given. Talk about bending yourself into a pretzel to prove a point!

Let’s see, it is a religious illusion that I believe radical climate change is happening across the planet. I have apparently been indoctrinated, according to Pat Regan, into a Satanic guilt trip wherein I believe God is punishing me, or is it Satan?

Incidentally, Pat, there is NO “green agenda” in American politics, maybe there is in Britain; so your point about dirty politics is not applicable here.  No Democrat, no Republican, has so much as breathed the word “environment.” It is all about “jobs, jobs, jobs.” Hey, rejoice, Pat and Tony, the planet can go right on down the drain in America! The Keystone Pipeline will bring jobs, jobs, jobs until we can no longer live on the planet, which might not be much longer.

Oh, but I am having a religious illusion, excuse me.

The balanced, healthy planet we knew is coming to an end. Oceans are contaminated, fish supplies are dwindling, krill is disappearing, forests are being leveled from Indonesia to the Amazon, tops are being blown off the mountains in the Appalachians, rivers and creeks in that vast area are being poisoned in the resulting destruction. The list is so long it defies completion. Oh, but, I must not mind at all, is that correct? Because I would be bowing to religious indoctrination? Or perhaps catering to the Science God, whoever that is.

Is it possible I am using logic and intelligence?

I should not oppose mining companies blowing off the tops of the eastern U.S. mountains nor worry that the great western river, The Colorado, is going dry. Yes, humans will miss their water for drinking (do ya think?) but oh no, I care about the land and her life forms, too! Obviously I am a deluded religious fanatic or worse, I listen to respected scientific findings. Shame on me.

Pat, to say “the gods run the planet and it’s in their hands” is the same as saying God runs the planet, it’s in God’s hands, so just don’t care, don’t try to help, don’t be concerned, God does as He wants.” Adding  “s” to “god” means nothing.

So, let me get this straight: if I believe in scientific reports, my own keen observations and my spiritual intuition, I am wrong, wrong, wrong, and probably being hoodwinked by religion and science alike?

I’ll tell you what I see: I see a beautiful blue/green planet with a sentient race who selfishly, greedily, does not care for the most part. It is through religion, perhaps (real religion, not whatever you are accusing climate change advocates of), that humans feel they have dominion over the planet and can cut, hack, pollute, contaminate, deplete, make war, drain, re-engineer, the precious land and water all they want. Hey, it is capitalism and that is God, isn’t it? So the God of Capitalism and the God of Religion go hand in hand, and the planet is hurt.

Wounds can lead to death or at least to a diminishing of the world we knew. That is what is happening. No, I don’t know how to stop it single-handedly either but I will NOT be persuaded that radical climate change doesn’t exist (Tony on one hand),  and Pat telling me it is all what the gods want on the other hand, just a natural cycle, and we are fools to care.

John Atcheson has written the following:

“The data continues to roll in, and it tells us we are in the process of bringing an end to the world we evolved in. We are creating a new, harsher world. We will be forced to devote more and more of our resources trying to adapt to this new world, and less on development.

While politicians fiddle, the world burns. While the press plays he-said, she-said, the ice melts, the seas rise.

In   1990 we could have averted this disaster and saved money doing it. As late as 2010 we still had a shot at avoiding it. But now, the die is cast, the future foretold. What follows will be an epilogue to civilization as we knew it.  Hyperbole? Let’s look at the facts.

Most extensive drought in 50 fifty years and getting worse.

Most acidic oceans ever measured.

Most greenhouse gasses released in a single year.

Most permafrost melted (with record releases of methane) ever measured.

Most severe weather  events ever recorded.

Meanwhile, in Tampa, the fossil fuel funded Republican Party is doubling down on climate denial, pushing  greater use of oil, coal and gas, and trying to gut programs designed to  save energy and use more renewables. In short, they’re working diligently to hasten our demise.

And no, that’s not hyperbole, either. Check out Romney’s energy plan.

What about the Democrats? Well, except for one mention of climate change in an interview with Rolling Stone, the President has been mum on the topic, as has most of the rest of the Party.”

No green agenda in American politics, Pat, you might like it here. I happen not to think it is automatically “dirty politics” if Britain does try to do something about green issues/the environment. Politics is dirty whether “pro” or “anti” anything. I suppose non-green politicians smell like roses in Britain then.

Here’s another religious and scientific hallucination I am having:

According to an international team of scientists, Antarctic Ice Sheet could be an unnoticed but important source of methane, a potent greenhouse gas.  Up until now, the concern has been only for Arctic methane release.

The new study demonstrates that old organic matter in sedimentary basins located beneath the Antarctic Ice Sheet may have been converted to methane by micro-organisms living under oxygen-deprived conditions. The methane could be released to the atmosphere if the ice sheet shrinks and exposes these old sedimentary basins.

Coauthor Slawek Tulaczyk, a professor of Earth and planetary sciences at UC Santa Cruz, said the project got its start five years ago in discussions with first author Jemma Wadham at the University of Bristol School of Geographical Sciences, where Tulaczyk was on sabbatical.

It is easy to forget that before 35 million years ago, when the current period of Antarctic glaciations started, this continent was teeming with life,” Tulaczyk said. “Some of the organic material produced by this life became trapped in sediments, which then were cut off from the rest of the world when the ice sheet grew.

Of course Earth goes through cycles, turn, turn, turn. However, humans have never been as developed before as cycles began change.

In fact, humans were not even on the planet for the last major cycle change, we are newcomers into Earth’s history. Who is so omniscient as to be positive that humans have “no effect?”

If many of us feel humans do have an effect on Mother Earth, why does this bother you so much?

Never before has Earth had the added burden of human environmental destruction and additional greenhouse gases as she deals with another change of cycle.  Human interference has likely speeded up this cycle of change immeasurably.

Incidentally, Pat, a bit of nitroglycerin can save one from a heart attack but a lot of nitroglycerin just blows you up. So just because CO2 is in the natural cycle of things and works well, does not mean we need tons of it in the atmosphere which nature did not put there (we did).

It is happening before our eyes. As John Atcheson says, 20 years ago, we were on the precipice, we stood a chance if we radically changed our stupid human ways. However, we seem to have grown more stubborn, less aware, more greedy. We are in denial.

I have NOT succumbed to religious brain washing, Pat, and I do NOT live in the Iowa scrub brush, Tony.

Nor do I worship the God of Science, Pat.

For goodness sakes, I am merely seeing the evidence right before my eyes, I am merely telling the truth about radical climate change which billions of people worldwide perceive as well. You can do all the mental gyrations you want about my perceptions being in my head, Tony, or about dirty U.K. politics, Pat, and you can tell me till the cows come home that the gods want it this way. My gods do NOT want it this way!

The closest thing I have to a god or goddess is this exquisite, fragile, magnificent planet Earth. And something is very off key with her. The flat key in her symphony is human attitude and behavior toward our Mother Planet. I don’t know what can be done at this late date but we have got to acknowledge this crisis, certainly Mother Earth deserves that much.