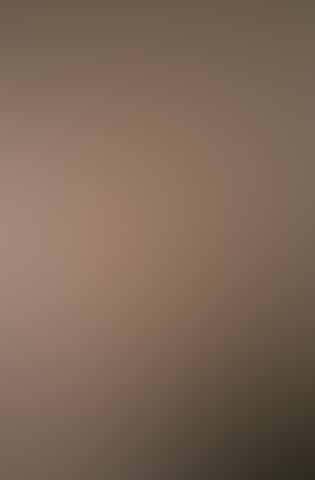 I last reported on the discovery of a Lost Da Vinci painting discovered by Fiona McLaren. She has written a book on her research of the painting called Da Vinci’s Last Commission.
Her article can be linked here below and to see her Lost Da Vinci painting
http://fionamclaren.co.uk/davinci.html
http://www.dailymail.co.uk/news/article-2183987/The-lost-da-Vinci-Is-painting-Scottish-farmhouse-mas…
The Lost Da Vinci is in the process of going through intensive scrutiny but Fiona McLaren believes it is a painting of Mary Magdalene holding her child.

I have written in articles before that the times that Da Vinci lived were filled with the corruption of Rome. Da Vinci worked for the Medici family and the Borgia family. The Pope did not practice what was preached in the rule of celibacy. He had mistresses and children. Many other great artists of the period observed the same thing and one was Michaelangelo. I have written in earlier articles how small children are seen in many of the Lamentations of Christ. Bourdon,Poussin, and Michaelangelo have children standing next to the dead body of Jesus. I believe it may represent the fact that a Holy Family existed after his death. The Holy Family would include children from Jesus family including his brothers, sisters, and cousins. We know from the Bible that Jesus had cousins and a aunt. In the Bible, Peter is married because Jesus cures his mother in law of an illness. Pope Clement wrote that Peter and Phillip begat children.
http://en.wikipedia.org/wiki/Clerical_celibacy

Fiona McClaren was given the painting by her father. She believes the picture might be a heretical one due to the Papal Bull on the back with the word Magdalene in Italian written on it. I have found that Michaelangelo’s Collona Pieta and his last work Deposition may give some insight to this Lost Da Vinci.
In the Colonna Pieta which was made by Michaelangelo for Victoria Colonna who he wrote love sonnets is a picture of a young woman, two children holding the body of the dead Jesus. The children I have showed holding the arms of Jesus have no wings. The dress on the young woman holding Jesus in her lap has on her heart a face of a angel pendant. In 2007 a lost Michaelanglo was discovered in a private home in New York. It is said to be a Lost Michaelangelo by historian Antonio Focellino. It seems a coincidence that in 2012 a Lost Da Vinci is found in a home in Scotland. The paintings both have children in them. Victoria Colonna was trying to reform the Catholic Church and was friends with many Protestants. Her influence on Michaelangelo was great.

It has copies made by other artists
The Florence one
http://en.wikipedia.org/wiki/File:Piet%C3%A0_per_vittoria_colonna_di_firenze.jpg

Both the Florence and Lost Michaelangelo have the woman and children dressed in red or pink. Red is a symbold for Blood. The Lost Da Vinci the Madonna is dressed in red.

It is in the last years of Michaelangelo that he paints the marble statue called Deposition. He paints his face on Joseph of Arimethea. The marble statue has Joseph of Arimethea, Mary the Mother, and Mary Magdalene holding the dead body of Jesus. It is Mary Magdalene that has a band around her head with a pendant on it with the face of an angel. The pendant with the face of the winged angel is on the woman’s dress (Madonna/Magdalene) over her heart in the Collona Pieta.
The pendant of the face with wings reminds one of the Egyptian priestesses of the temples where the Ancient Egyptian Mysteries Schools. Is Michaelangelo indicating Magdalene’s priestess status and in his Colonna Pieta is the young woman with children grieving has a dual symbolism for Magdalene and the Madonna. She represents women and their compacity to bear children. The symbol of the face with wings (angel) may represent that women were priestesses in the ancient temples of Egypt sharing the responsibility and reverence with the priests of the ancient temples.

Why Michaelangelo placed this symbol over the heart of the woman in the Colonna Pieta with the two children as well as Mary Magdalene’s head band is intriguing. The Lost Michaelangelo painting in New York is found in 2007 and now a Lost Da Vinci is found in 2012. Fiona McClaren believes that her painting was heretical and was hidden by the families because of the fear of death. The Lost Da Vinci painting and Michaelangelo’s Deposition Pieta were both the artists last works. It is for good reason they waited because they were old men. Death in prison or burning at the stake lost its power over them. It was their last work of two geniuses of their time. Are these just coincidences are are these connected. What do you think?