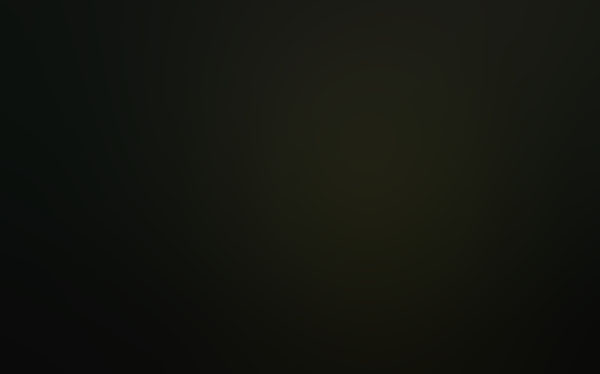 Russia, Kazakhstan, Japan, Australia, Cuba, South Africa, Morocco, Germany, Switzerland, northern Italy, Netherlands, Belgium, UK, all report fireballs blazing across the sky low in the atmosphere, in the last two days. Can this be a coincidence with the passage of large Asteroid DA14, which apparently passed by Earth safely in the same time period? The coincidence seems just too extraordinary! What if all these cosmic events which impacted or almost impacted Earth, were connected and therefore no coincidence, despite what the “experts” say?

First, a few facts: In Cuba, a scenario similar to that in Russia’s Ural region apparently unfolded.  On the same day, February 15, 2013, as Asteroid DA14 passed by Earth safely,  residents in the central region of Cuba reported that an object had fallen from the sky. It exploded with a great noise, which shook houses and broke windows. This was learned from witnesses on local television. The town in the province of Cienfuegos, witnesses described a very bright light that grew to a large size comparable to that of a bus, before exploding low in the sky.

Oddly, mainstream media has reported on other fireball-meteors around the world but tends not to mention Cuba’s experience, which was second only to the disaster in the Urals of Russia.

A huge fireball was reported by a number of witnesses over Belgium, Netherlands and Germany on February 13, 2013. The sight usually is said to have lasted from 10 to 20 seconds. There were two separate parts to the fireball, witnesses said. Apparently this one was part of Soyuz rocket, but what a coincidence that it happened on the day when all the other fireballs crossed the skies! A Soyuz rocket was launched but on February 11th. Scientists and authorities are still trying to unravel this one.

An exploding fireball was also reported over the sky of Japan on February 14, 2013, and was captured on video. A fireball is also on video over San Francisco on February 15 and was covered by CBS news.

Regarding the Russian meteorite hit, I reported that it was ten tons, which was what officials said; now some reports think this object weighed fifty tons. A relatively small hole in circumference in a frozen Ural lake is said to be the meteorite’s last resting place. Some people feel the hole is so small, it might indicate a missile rather than the huge meteorite created it. However, the meteor is said to have split into nine fragments as it streaked for impact over Earth.

The Russian meteor is the largest reported since 1908, when a meteor hit Tunguska, Siberia. Yesterday’s meteor entered the atmosphere at 40,000 mph. Energy released by the impact was in the hundreds of kilotons. The meteor, which was about one-third the diameter of Asteroid  DA14, which apparently passed by Earth safely, was brighter than the sun. Its trail was visible for about 30 seconds, so it was a grazing, shallow impact.

So, now let’s look at the possibility that all these cosmic events which impacted or almost impacted Earth, were connected and therefore, they are not coincidences, despite what the “experts” say:

Question One:  Did UFO occupants blow up DA14 to protect Earth, and what is falling to Earth are its fragments? If so, why didn’t they divert it earlier so as no fragments would hit Earth, either?

Question Two:  Did the human “breakaway civilization” or its military wing Solar Warden (as reported by computer hacker Gary McKinnon), blow up DA14? Why didn’t they do something earlier?

Question Three:  If you think Questions One and Two are far-fetched, what if NASA blew up DA14 or part of it, in order to divert it? Yes, they say they have it spotted now heading away from Earth, but NASA has lied before.

There was an “expert” on CBS News who seemed to try to put us into a Valium-like state of complacency who said, “This happens all the time.”

He also stated that asteroids and meteors are no problem anyway because, “NASA would just land on them and place a small charge which would divert their trajectory away from Earth.”

My recent article with information from NASA itself, illustrates the folly of this “expert’s” statement. https://www.ufodigest.com/article/killer-asteroids-what-us-worry

The U.S. has landed a probe on an asteroid but we have not “landed on asteroids” every day and not with a manned craft, at least, according to NASA. To set off a “small charge” and change a trajectory is, in my opinion, not very realistic. As usual, the attempt has been made to lull the “common people” into a state of a nearly comatose lack of awareness.

Question Four: Is it merely that Earth is passing through an extra heavy debris field? If so, why don’t they simply let us know via mass media? DA14, the big asteroid, would be traveling, therefore, with a whole swarm of smaller meteors (also considered mini-asteroids).

Does NASA know that we are passing through a particularly thick debris field or can they only see DA14 because the smaller fragments are too small to be viewed?

One more strangeness: The area around Chelyabinsk, Russia, as well as Chelyabinsk itself, was once off limits to foreigners and the world’s media because it was Russia’s nuclear center. Chelyabinsk was where top secret nuclear research took place, from the 1940s onward. A serious nuclear catastrophe happened in 1957 at the fuel reprocessing plant near the city which caused deaths. The entire province was verboten to all foreigners until 1992. A British medical team did gain entrance following a two-train rail explosion in the mid-1980s.

Out of all this confusion, I do believe one thing is clear: The multitude of fireballs blazing across Earth skies on February 14th and 15th, are NOT unconnected from Asteroid DA14, which came so close to Earth on February 15, if it still exists. Maybe we can figure this out when DA14 is said to be returning in 2110!