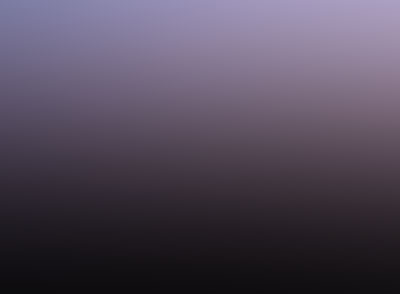 The state of New Mexico has obviously played a prominent role in the long and mysterious history of UFO’s. In Part II we will explore further the developments that made this “Land of Enchantment” such an intriguing place. Remember one important factor in all this. Illusion and rumor are only based upon unverified information, but military eye witness accounts and documentation that has been extracted either by FOIA requests or by true intelligence investigation by such people as the late Leonard Stringfield, are an example of truth that has been liberated from archives, testimony, and technical data that simply demonstrates concrete evidence and not the wild assertions of pro-UFO aficionados and the clueless quest for another religion to worship.

Proof of UFO’s existence can be traced all the way back to accounts given by trained observers and military witnesses dating back to at least 1949 at White Sands Proving Grounds if one would choose to deny the Roswell evidence. Naval Missile Commander R. B. McLaughlin made a candid admission to a popular American magazine that as White Sands observers tracked missiles and rockets being tested they also observed high speed unidentified objects entering our atmosphere that were apparently intelligently controlled. According to Captain Ed Ruppelt, Director of Project Blue Book, McLaughlin, an authority on missiles and rockets found himself relegated to Arctic patrol aboard a Navy vessel shortly after his candid admission to the public. Such is the fate of those who tell the truth.

Farmington, New Mexico was the scene of perhaps the most dramatic proof of UFO existence ever reported. My friend, Norio Hayakawa, a well known authority on UFO history proclaims this incident as clear and indisputable truth that UFO’s had made a ubiquitous appearance for 3 successive days numbering in the hundreds to eye witnesses who could not help but notice the incredible presence and undeniable numbers of crafts as they soared over the Farmington skies. Beginning March 17, 1950 the New Mexico skies were inundated with literally hundreds of UFO’s that flew over the city with impunity.

It is said that retired Army Air Force personnel residing in Farmington, reported these incredible aerial phenomena in the 3 days that they passed over the city by the hundreds. Norio Hayakawa had told me that he had contacted a staff writer who had not been employed at the time of the local newspaper’s report, but did remember the sightings as a resident and had commented that they were spectacular and heavily numbered in terms of frequency as they flew over the skies of the city. This fantastic event and its significance as reported by the tabloids is almost as amazing as the sighting itself in that regardless of the incredible sighting on 3 nights the US media hardly took notice! Much as in today and the media refusing to report the criminal actions of our President and his staff, it is very typical of the press corps even back in the early 1950’s to simply refuse to acknowledge news of a fantastic nature when it is not condoned by the powers that be. So, you can say that cover-ups and government orchestrated clamp downs on the truth have been going on longer than we might expect. Even as huge airborne armadas of unknown aerial objects flew with impunity over Farmington, the US media was deaf, dumb, and blind to a fantastic event.

Norio Hayakawa’s take on this particularly phenomenal wave of sightings is that these flyovers in fleet masses were a memorial to the many UFO’s such as Roswell, Aztec, and Kingman, AZ as reported crash sites where UFO’s had been retrieved by US military forces. If nothing else, Farmington, New Mexico served as a tour de force when it came to the verifiable existence of UFO’s. This assessment is at least within our ability to establish some plausible theory over why so many airborne crafts could appear with such audacity and not be wary of US military intervention or aggression as they flew with obvious confidence that they would not be pursued or shot at as had been the case in incidents prior to the Farmington sightings. While impossible to anticipate the mindset of entities within a UFO, I think Norio’s theory is a good as anybody else’s.

First known account of a fatality associated with an abduction

In the early 1960’s an Air Force commanding officer was placed under a court martial trial over the disappearance of an airman under his unit on the White Sands Air Force reservation. It was disturbing enough for authorities to locate the mutilated body of the airman out in the New Mexico desert, but to have been connected with a UFO that his commander reported abducting the individual in broad daylight only to be found later dead, was more than his superiors could handle. Supposedly sometime before the Socorro incident in 1964, this mysterious and foreboding fatality occurred. The US Air Force faced with the acknowledgement of a UFO killing one of its personnel instead chose to try the high ranking officer reporting his observation for court martial. The sands of New Mexico hide traces of a history not so conventional, and less than acceptable by the powers that be when UFO’s are involved.

Socorro, New Mexico is one of many small seemingly uneventful places where oil and gas employees hang their hats after long hours in the sun, and lazy diners with large windows gaze out onto the sidewalks and streets of the town. It was here that Police officer, Lonnie Zamora took off in pursuit of a speeding vehicle only to have his chase rudely interrupted by the unknown. For out on a lonely stretch of highway in the desert he got his first glimpse of something that shocked him enough to abandon his duty, and investigate something much more intriguing.

There off the road he spotted a metallic egg shaped craft sitting on the dusty floor of the desert. He drove slowly closer to the strange craft and got out of his patrol car. Lonnie spotted a small humanoid figure in a silvery suit standing outside of the bizarre ship as he watched. He radioed in a call for back-up to his sergeant who was in the general area. Suddenly, the small entity seemed to notice officer Zamora’s presence and scurried into the oval shaped craft. Lonnie said that a loud roar from an engine of some kind scared him. His admitted reaction was to cower behind his police cruiser as the unknown object became airborne hovering momentarily then rapidly climbing into the sky!

By the time Lonnie’s sergeant arrived there was only a small crater, indentations from the footings of the strange craft’s landing gear, and a burning bush! Zamora’s sergeant claimed that he spotted something in the sky as he drove to the location of Lonnie’s sighting, but didn’t know what it was. Upon filing his official report, Project Blue Book personnel arrived within a short time, NASA also sent investigators of their own. In short order, a thorough forensics study of the landing zone was made, samples of metal filings were taken presumably from the landing gear, the area was tested for radiation levels, and a huge volume of the test results was compiled by NASA in the days and weeks that followed. The sleepy little town of Socorro, New Mexico was forever changed as townspeople watched high powered government investigators arriving in their town and making trips out to the nearby desert.

Socorro, New Mexico would end up in the dubious annals of UFO history as just one more geographic location of interest in many on the road of the unknown. Decades later Socorro attracts the curious, who wonder in awe about what frightened officer Lonnie Zamora that fateful afternoon in 1964. Such is the very mysterious essence of New Mexico and its esoteric appeal as being one of those places on earth were a perpetual mystery continues to set foot.

An interesting note. Metallurgical examination of the samples taken from the landing zone indicated proportions of zinc and other seeming terrestrial metal alloys. In 1964 the Apollo program in its early training and flight data collection, had not yet perfected a craft capable of a vertical landing using rockets to control rate of descent as would be used in the coming moon missions.

In Part III, we will go still further into the compelling background of New Mexico’s unholy alliance with things the government denies and entities that don’t necessarily originate on planet earth!