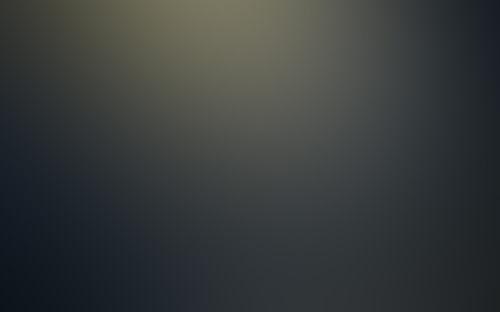 Nostradamus’ quatrains are confusing and open to many interpretations but we do know that Comet ISON is coming (that’s if we survive the asteroid of February 15, 2013), and we do know that Pope Benedict is resigning. These facts beckon us to take a second look at some mystical and foreboding prophecies.

This is Nostradamus’ Quatrain VI.6:

There will appear towards the North

Not far from Cancer the bearded star:

The great one of Rome will die, the night over.

As of February 28, 2013, Pope Benedict will resign. Saint Malachy,  born in Armagh, Ireland, in 1094, journeyed from Ireland to Rome and prophesied that a new pope, to be born far into the future, will be the last pope before the end times on Earth.

Also read: Pope announces his resignation, Saint Malachy and Our Lady of Lourdes

Next, Nostradamus prophesied that this (new) pope will flee Rome in the month of December, when the Great Comet is seen in the daytime. Nostradamus said that the Sun will appear to double. “The sky will display two suns.” Yes, Comet ISON is on the way!

Comet ISON will be visible in our skies for a full two months, November and December 2013. We will probably see Comet ISON and its 40,000-mile-long tail at night and in the daytime! https://www.ufodigest.com/article/comet-ison-sungrazer-coming-will-it-cause-solar-flare-and-electronics-meltdown

Saint Malachy and Nostradamus, two reasonably accurate prophets are apparently joining forces. The possible consequences of Benedict XVL’s abdication have shaken up not only Catholics, but those who feel that there are umbrella events in Earth’s history which can be predicted. The future can be shown to a few individuals when a future event is all-important, a milestone for us all.

Nostradamus’ prophecy says that the reign of the next to last pope (Benedict), would last about 4 years; this is very close to the amount of time Benedict has reigned.

Malachy predicted the last pope would be Petrus Romanus, Peter the Roman. While no pope since Peter has ever taken the name Peter, one of the leading candidates is:

Cardinal Tarcisio Pietro Evasio Bertone, the Vatican Secretary of State, a skilled politician, who was born in Romano Canavese. Out of respect for St. Peter, no pope has ever taken the name “Peter,” but if the man’s name is Peter, he might take the name of Pope Peter.

Then, there has also been speculation that the final pope would be black. Even more curiously, there is a black cardinal in Ghana, Peter Turkson, who is believed to be a frontrunner and whose name has come up in previous discussions of papal appointment.

It apparently has been said that the last pope of the Catholic Church would be a black pope. However, I cannot find an actual prophecy which says this; perhaps it would take hours of research and/or I would be happy to be enlightened on the source of this prophecy or belief. Outside of the Church, there are also many who believe that Turkson is the odds-on favorite to take over as pontiff.

Malachy’s prophecies are taken very seriously as they’ve been uncannily accurate. Will the Catholic Church get its first black pope? Will “Peter the Roman” lead us into the End Times? These questions are set to be answered by Easter, which comes in 2013 at the end of March, when the papal conclave announces their decision.

This article is a first for me because I have never written on the Roman Catholic Church or the Pope before; frankly I don’t plan to again because it is extremely confusing! However, my thoughts would be that perhaps UFO/Alien Disclosure will occur during the reign of the next pope (who might be the last pope). Maybe even UFO landings will occur! Could this be what Malachy and Nostradamus saw but perhaps could not put into terms which they or we would understand?

The science department of the Vatican has given a welcome to extraterrestrials, stating that life-forms outside of Earth are God’s children, too. So perhaps it is not the End Times for Earth which are prophesied but instead, the end of the Roman Catholic Church as we have known it since the Dark Ages. Perhaps it will be replaced with a new, enlightened Church which will have a place in welcoming extraterrestrials to Earth as honored, peaceful visitors.

The Roman Catholic Church might have a place in the galaxy, who knows? Stranger things might have happened?

Join me in my free newsletter, Exo-Trekking! E-mail to: [email protected]