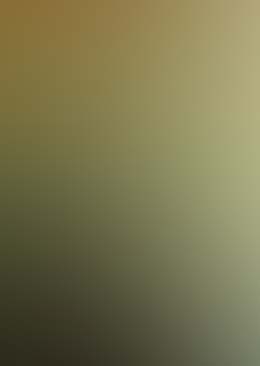 The easy answer is, “Yes!” The prophecies of Nostradamus and Saint Malachy were proven wrong yesterday as the Catholic cardinals chose Jorge Mario Bergoglio, Archbishop of Argentina, as the new pope. At first glance, there seems to be no connection between Pope Francis and the famous (or infamous), prophecies that Peter Romanus would be the last pope as “two suns” blaze in the sky (Comet ISON).

Would it be stretching to say that perhaps the cardinals were obviously aware of the prophecies, and so purposely chose someone who did not fit the predictions so as to protect their church from falling or at least, becoming the object of mystical fear somehow involved in the end of the world?

There are a few “stretches” which DO connect Pope Francis with the prophecies. I am not championing any of these arguments! On the other hand, it could be that stronger connections will be found in time – the new pope was just elected yesterday, March 13, 2013.

Here are a few thoughts on possible connections:

The name of Francis was considered the same way as Peter, not to be used as the name of a pope. A major point of Malachy’s prophecy was that the last pope would cast aside this taboo and take a name not-used.  Perhaps this Pope taking Francis is a convoluted fulfillment of the prophecy. Granted, this is a reach.

Another possibility:  Nostradamus mentions the first “black pope” as the last pope. The head of the Jesuits (who is not Bergoglio), is referred to as “the black pope” because Jesuits have a large influence in Catholicism even though popes are traditionally not Jesuit. The Jesuits wear black robes, not white. Pope Francis is one of the very few Jesuit popes.

Regarding Pope Francis being Roman: This pope is descended from Italian immigrants, but so are millions of other people. However, the fact remains, Jorge Mario Bergoglio was born in Buenos Aires, one of the five children of Italian immigrants, so he is Italian/Roman by heritage. Thus the “Romanus” of Peter Romanus prophecy.  Also, Francis the First was a Roman emperor.

(According to some scholars, there was no Petrus Romanus  (Peter the Roman)  in the original St. Malachy prophecy. The original prophecy ended with Gloria Olivae, Glory of the Olive. This 112th Pope was added by a historian in the 1590s when the prophecy was first published).

Forging on, here are some more details as to why these prophecies might be right regarding Pope Francis, after all:
Assisi is known for Rocca Maggiore, which means Big Rock, which is the meaning of the name “Peter,”
so, Pope Francis is named for Francis of Assisi – Francis of Big Rock.

Not from Spain but from ancient France,
Will be elected for the trembling ship [the Bark of St. Peter],
He will make a promise to the enemy,
Who will cause great plague during his reign.

Pope Francis’ parents are from Turin, which happens to be ancient France (Lombards and Charlemagne). Argentina apparently means “Old Spain,” so Francis is not from Argentina but “ancient France” – true if one is speaking of his ancestors. More recently, his ancestors came from Rome/Italy, of course, so the new pope’s heritage is Roman/Italian.

Beyond this obscure thought is the fact that “berg”  in German  means  “mountain” (but not Latin or Italian).  And a mountain is also a rock when speaking symbolically (The Rock). It is true that with  old phrasing, we are dealing with several languages including Latin, so some leeway needs to be given.

I repeat: I am not trying to give a courtroom defense of these men’s prophecies. It honestly seems to me that they were wrong but the “magical” thing about prophecies, their obscure references and mystical atmosphere “protect them” from ever being wrong. Maybe they will turn out to be right.

All I know is, I am a happy Pagan who also loves science. My world is much more clear! A seagull sat on the Vatican roof which has been taken as a blessing for Pope Francis and reference to Saint Francis of Assisi. To me, the seagull is simply reminding us that Mother Nature rules.