UFODigest.com » Aliens and UFOs » Alien Abduction » REFLECTIONS ON THE EVENT: THE IUFOC 2015

The 2015 International UFO Congress was a fascinating experience. This was my second IUFOC conference, and my first as a presenter.
This was a serious event. Business attire and business casual attire were the norm, there wasn’t any cosplay or wild costumes and not a tinfoil hat to be seen anywhere. The list of incredible topics ranged from abductions, cattle mutilations, Zuni Tribal history, UFO geopolitics, the Area 51-story of Bob Lazar, Mirage men, Rendlesham Forrest, and an over a hour of eye popping international video evidence. 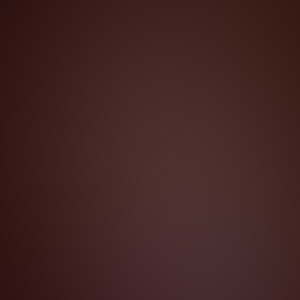 New York Skies
Cheryl Costa presenting ’200 Years of UFO’s in New York’ at the IUFOC,
Photo: Ryan Sprague
New York State researchers Richard Dolan, Linda Zimmerman and I represented our home state with substance and pride.
Click here to enlarge top photo.
The IUFOC 2015 conference’s assortment of speakers was a mix of celebrity investigator, the scholarly expert and the amateur researcher. Before I go any further I must point out that there is virtually no grant money in the field of UFO research. So being an amateur researcher is a common and respected status. Clifford Mahooty, a retired environmental engineer and a member of the Zuni Pueblo Tribe, shared some of the tribe’s oral history of his tribes contact with sky beings with a long history of the tribe.
Linda Bird gave an enlightening presentation on the extraordinary amount of physical evidence and eyewitness testimony that extraterrestrials are visiting our world. Darrell Sims, a former military police officer, presented profile data on various common aliens that have been seen. One of his most intriguing discoveries was evidence of an indelible alien finger print that turns out to be quite common among abductees.
There was an eye opening report by Christopher O’Brien related to cattle mutilations. Most people who hear about these things think that it is a modern phenomenon. In Mr. O’Brien’s research, he documented cattle mutilations as far back as 1605 CE illustrating the phenomena is much more prevalent over the centuries than people think.
Significant amounts of electronic media did show up at the IUFOC 2015 conference. Local Arizona press and TV news journalists reported the event on the first day since the IUFOC is a major convention in their area.
The Discovery Channel, SyFy, and NBCNews.com attended the event and their video teams captured all of the color. In addition there was a handful of independent media video teams capturing both the event and interviewing the notable speakers for various documentaries that they had in the works.
During an expert panel discussion on the last day of the conference, it was pointed out that the major press and media establishment had largely ignored the IUFOC 2015. It was my observation that a couple of major newspapers sent a pool reporter or two, but they largely just covered the opening day events and were gone.
As it turned out, I was the only correspondent who was embedded at the conference for its entire run. This meant that I was the only journalist filing daily stories, color and accounts of this unique convention. When you consider the profound nature of the subject matter that was discussed, is it any wonder that Ufologists consider the topic matter to be the greatest story never told.

In a 2012, National Geographic poll reported: 36% of Americans believe that UFOs exist, 47% of Americans are undecided and 17% don’t believe any of it. Their poll also found that 80% believe the Government is covering up what it knows about UFOs!

The International UFO Congress in its 24th year had a record number of attendees. During one of the weekend sessions, one of the speakers asked the massive audience to hold up their hands if this was their first UFO conference, clearly a third of the attendees were newcomers.

“The Truth is Out There” was a common theme with the new attendees that I spoke to. Most simply wanted to know more and came to the conference to get educated on the topic.