UFODigest.com » Aliens and UFOs » Alien Encounters » Telepathy and How it Fits into the UFO Puzzle 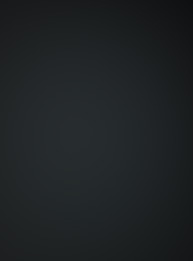 There is much evidence throughout the years that UFO occupants use telepathy on humans. Physicists such as Jack Sarfatti research a field called post-quantum theory which goes beyond accepted quantum mechanics; it has been called the new dawn of physics. Post-quantum theory involves the concept of consciousness.

The post-quantum world of Jack Sarfatti is detailed in an article entitled “Bye, Bye Schrodinger!” ” http://stardrive.org/Jack/Synergy.pdf In it, Sarfatti outlines the current status of his post-quantum theory. Sarfatti particularly dislikes laymen restating his amazing theories in simple, non-mathematical ways, but that’s what I am about to do; I am referring to Sarfatti’s work simply to establish the fact that there is indeed serious work on the reality of telepathy.

I also want to point out that those of us who feel a telepathic or quantum entanglement connection to UFO occupants might actually have a right to simplify, even omit, the quantum math and its almost incomprehensible specifics. We have dealt with this very real “contact” most of our lives with no counseling, no therapy, no help, and often there has been derision. Telepathy is just as real for us as it is for Jack Sarfatti, who did have a strange contact experience in his childhood, but we are simply not educated or perhaps not capable of his level of mathematical proof.

Suffice it to say, the concept and reality of telepathy is not new age mish-mash and I believe telepathy is in integral part of the UFO phenomenon.

Sarfatti has stated that a “hidden variable” (which, according to Sarfatti, could be an electromagnetic, geometrodynamical or torsion field configuration), piloted by its attached mental quantum informational pilot wave— explains how thought moves matter.

However, Sarfatti notes, one must also explain how matter reacts back on thought, because the “change in thought induced by matter is consciousness.”

Sarfatti suggests that “paranormal telepathy, precognition, and remote viewing are impossible in principle in quantum theory.” Post-quantum theory, however, has corrected these faults. As Sarfatti writes, “in The New Jerusalem of post-quantum theory … we find consciousness and our possibly immortal souls.”

“All things are not possible,” exclaims Jack Sarfatti. “However, many more things are possible than are dreamt of in the philosophies of many respectable mainstream scientists to be sure.” 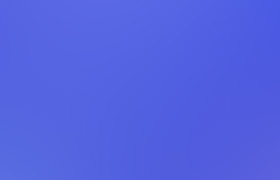 With this background in mind, what are the types of telepathy we humans have thus far encountered? Of course, how can you really know that a thought has been sent telepathically to you, but that another thought is your own? We’ll try to answer this too. Here are several types of telepathy:

Quantum entanglement occurs when two or more objects share an unseen link bridging the space between them. A hypothetical pair of dice, for instance, would always land on matching numbers when rolled simultaneously, even if one was rolled on Earth and the other was rolled on Mars. Do not make the mistake of thinking “entanglement” is a negative term, perhaps similar to “parasites” or some such. It is not! It is a neutral term used by scientists to describe an astounding phenomenon of quantum physics.

Quantum entanglement was called Spukhafte Fernwirkung by Albert Einstein, meaning “spooky action at a distance.” Einstein muttered that it violated his famous speed limit which states, nothing goes faster than the speed of light in his Theory of Relativity.

Physicists have recently managed to entangle two diamonds at the quantum level, so it has been proven that this finicky phenomenon is not limited to tiny, ultra-cold objects. Quantum entanglement has now been achieved for macroscopic diamonds on a quantum level.  Everyday objects like diamonds can be placed into a quantum state.

If UFO occupants use quantum entanglement to entangle the consciousness of an alien mind and a human mind (which amounts to a shared consciousness and feeling of mutual identity), then this is an on-going telepathy of sorts involving the thought processes and the actual beinghood of both alien (UFO occupant) and human. In a sense, this is a long term, comprehensive telepathy. 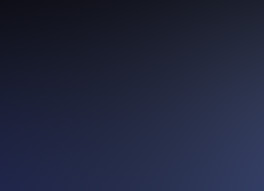 I feel that UFO occupants use this scientific procedure fairly often, thus some humans feel a connection to one particular UFO occupant and even a spiritual, emotional pull toward his or her identity as if it were their own – a beckoning. Humans with this telepathic connection often “channel” also but perhaps it is not actually channeling but simply reaching for the Other Being within their Own Being – reaching for the knowledge he or she already knows – a shared consciousness.

Example: In the past, no one stepped outside to smoke, smokers just contaminated the house. Then, we became aware of how second-hand smoke is as bad as actually smoking, so over the years, smokers have had to step outside. Are UFO occupants aware of our changing social customs and rules?  These days, if you are a telepathic being, how easy it is to induce the idea in your “victim” of having a smoke! In postulating this, I am assuming that impulses and urges are among the easiest telepathic thoughts to convey. Impulses, whims, and addictions seem to be easy to manipulate because they involve virtually no deep-thought process. They are simple impulses acted on a million previous times, which bring calm, relief, and pleasure. http://www.ufocasebook.com/2012/provoutah092912.html

The current case in the link above is one example of the many UFO sightings which happen as someone steps outside to smoke. Read the last comment at the close of the account of this case wherein it is mentioned that the number of cases which happen when someone is outside for a smoke, is just amazing. Is this just a funny coincidence?  These cases are larger in relative proportion than someone seeing a UFO when hiking or even star-gazing these days.

UFO occupants seem to want someone to step outside to spot their craft; when you think about it, it is fairly difficult to get a human to look up at the sky at a particular moment – we stumble along in our mostly indoors, sedentary lives these days. It would be handy to send a message to a smoker to go smoke. Maybe UFO beings can just fill the general human morphic field with the idea, “Go out for a smoke!” knowing their thought will “hit” a smoker.

Yes, these seems far-fetched but if we are dealing with telepathic beings, and there seems to be some evidence throughout the years that we are, then is this idea really so incredible? UFO occupants do seem to WANT to be seen these days and the fact remains, there sure are a lot of outside smokers seeing UFOs!

There is telepathy as created in scientific experiments which are supposed to show ESP ability. This seems to be the accepted concept of telepathy in our society. Can you name the design on the hidden card as the other person holds the card and gazes as the design? It strikes me that this is some of the most difficult telepathy to perform, yet it has been used by the establishment to try to prove or disprove the existence of telepathy itself.  Specific, non-emotional images are difficult to transmit, and to do so under the pressure of, “Now read my mind,” when you are a mere human, is a challenge. I bet you would have much better success to “send” the urge to a smoker to go outside for a smoke. There is no pressure, the “receiver” does not even know you are doing this, and the urge is already in-built in the smoker. All you have to do is to make him or her want to smoke NOW.

Are there telepathic thoughts just “in the air?” I know there are theories, research, and experiences with Electronic Voice Phenomenon (EVP) this but it is a large subject for another day, and perhaps not purely telepathy.

There are many more nuances of telepathic thought and suggestion, but basically telepathy varies as to depth of thought and intricacy of thought. Are you sent a mere suggestion which you would like to do anyway (go smoke), or are you receiving some convoluted, complex cosmic concept? 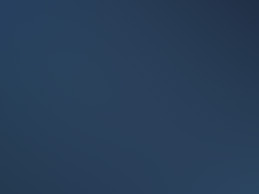 Certainly an individual could receive an easy suggestion one day and then receive a deep concept the next; in other words, there is no difference in the skills of the receiver that we know of. Those who receive completed “complex concepts” are no more skilled or advanced than someone who is told to go outside for a smoke. If there is a scientific process in quantumly entangling two individuals, then perhaps one individual has more ability to receive deep thoughts after that process is performed. But who really knows? This entire subject is alien (no pun), to humans at this point!

Can telepathy be misused? Of course! The prospects of the misuse of telepathy are mind boggling and a separate subject for conjecture, but consider this: Telepathic UFO occupants could get rid of all humanity by sending the mass thought to commit suicide, perhaps directing thousands or millions to walk into the ocean or jump off a steep ledge. They could take over our planet one way or the other through telepathy so easily, if they are indeed extremely telepathic. They have not done this.

Might they be telepathic in nature because their vocal cords atrophied millions of years ago?  They could be some form of the human race originally who became telepathic over the millennia because of computer enhancement or without computer enhancement. Or perhaps they are an alien species who never developed vocal cords, thus are natural telepaths.

Finally, how do you know if you have received a telepathic thought? It likely does not appear as an actual voice in your head but merely a fascinating thought which manifests like all the other thoughts in your mind – except–?? To my knowledge, there really is no way to know. Telepathic thoughts may be abundantly swimming through the human morphic field or telepathy might be reserved for specific purposes. Maybe a telepathic being is not allowed to just send thoughts without good reason; this ability should bring with it, a huge responsibility to only use it well and wisely.