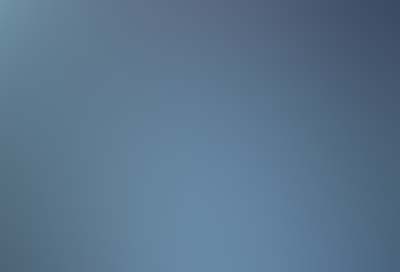 Alien abductions have been arguably occurring for some five decades now in the modern era. Some experts would speculate that abductions have been happening since antiquity. From descriptions by our ancient ancestors who reported demonic spirits paying women nocturnal visitations to the ordeal of Betty and Barney Hill in 1961. IT represents a lasting perplexity in the UFO phenomenon. John Fuller, their psychiatrist, even wrote a best selling book, The Interrupted Journey, detailing the hypnotic regression evidence that unveiled Betty and Barney’s terrifying experience aboard an alien spacecraft.

An impossible recollection traces their origin

Adding credibility to the Hill’s story is the account given by Betty, who asked her extraterrestrial captors where they were from as she sat in their space craft after she had undergone biological experiments. Hesitant at first, telling her that human science had not yet located their constellation, they gave her a description of their celestial origin. Betty later gave her testimony of where they said they had come from. She had even remembered though her abductors warned that her memory would be erased once they had gone.

It took years for astronomers to find the constellation Betty had described, but they eventually did, naming it Zeta Reticuli. The chances of Betty concocting a lucky guess were infinitesmal. In all likelihood, Betty could not have known unless she had actually been given that information.

Radar reports at nearby Peace Air Force Base had also verified that a UFO had been tracked on their screen the night of Betty and Barney’s abduction, once again corroborating their story.This incident began the contemporary era of UFO kidnappings.

One of the earliest Texas abductions

1973 in Waco, Texas, Tammy Stone was only 24 and working as a waitress. The diner she was employed at was 30 miles outside of her town. Late one night after work, she recalled, 15 minutes into her drive she was feeling strange as though drugged. She complained of her hearing becoming muffled and feeling a buzzing sensation. Although nauseated and sick she managed to drive home on that lonely dark road, but could not account for a three hour stretch of missing time. She then began experiencing a sequence of disturbing dreams.

She began recollecting that she had been pulled from her car by two beings, only five feet in height, having thin faces and cheeks, and wearing blue one piece uniforms. They carried her by her legs and wrists to a vessel of some kind as she fought with her emotions of awe and fear. After being stripped of her clothing she was surrounded by more of the entities (5) as she lay upon a hard and cold table. She described a machine that hovered over her resembling a large eye that made a buzzing noise. The sounds it emitted kept her sick. They inserted a metallic instrument into her right nostril for a period of time. Upon awakening from her horrid ordeal, Tammy found that they had placed her back in her car. She later arrived home hours after her abduction.

October of 1994 in Killeen, Texas a woman reports the abduction of her infant son. One night she went to her baby’s cradle which was located right next to the window only to find her son gone. A bright light shines through the blinds as the sound of her baby’s cries come from somewhere else in the night. In a panic, she scurries about the house trying to locate her baby and wake her husband who remains oddly asleep regardless of her hysterics. She remembers the bedroom light being out so that the room was cloaked in darkness.

She could now hear a the distant cry of her little son, echoish and obviously remotely located from the bedroom. When she raced back to the baby’s room, she lifted the blinds and saw her child laying there. She grabbed him up, hugging him in one arm as she stared out through the window. The glaring beam of light flicked off revealing a giant triangular shaped craft hovering over her house. It never made a sound as it hung still in the night sky. None of her neighbors saw the unknown aerial vessel.

She rocked her baby for a long time, comforting him back to sleep. When she finally checked the window again she found that the mysterious craft had disappeared. She placed her tiny son between her and her husband and somehow managed to fall back to sleep that strange unbelievable night.

Battling against the implanted memory blocks

The next morning her baby was still lying next to her, but she had forgotten almost everything until later that afternoon when the entire experience came back to her. She checked every inch of her baby’s body for any marks or evidence of medical procedure, but luckily found none. However, she reports that she found what felt like a piece of buck shot beneath the skin of her leg. It moved under her flesh as she examined it. She’d never had anything like this inside her body before. She quickly presumed that an implant had been left as a calling card by the aliens. The woman never had it examined by a medical doctor, but said that later the tiny piece of metal was no longer visible. Had they come back and removed it or had the object burrowed itself deeper into her muscle tissue, she wondered? A number of other strange events would happen to her as time went on.

What was that black triangle that had drifted in the night sky abover her house? Since being a child herself living next to the largest military base in the country, Ft. Hood, she knew what most military aircraft looked like. Like many others she was left to ponder these disturbing events for a long time afterward without answers or help from the authorities. Even being next to a large military facility is of no protection from these nocturnal intruders as they invade our land beneath the shroud of darkness leaving no clues as to who they are or what they want.