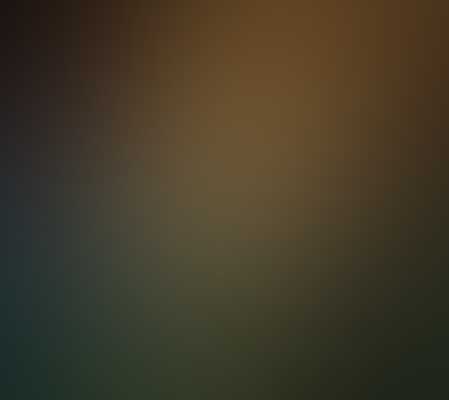 In his book, “The Eighth Tower” author John A. Keel offered a theory. What if a black box hidden within ruins or in some enigmatic location near the birthplace of ancient human civilizations were to have been left by an advanced extraterrestrial race? This black box would broadcast a specialized wave band of integrated signals that would act on the human mind. Its repetitive broadcasts would simply continue unabated as events unfolded. The purpose of this device supposedly to subliminally orchestrate human affairs.

If one could take a broad perspective of human civilization and see the recurring cycles of savage empire building, rebellions, and conquests continually shaping the bloody pages of the history of mankind, the question could be posed. Is some type of programming inherent in human nature that continually dictates the outcome of centuries of human societies locked in the endless pattern of building and destroying dynasties and kingdoms? Could some unseen source be responsible? A source that originates from another world that planted a seed of self-defeating behavior to ensure that the human species would never interfere with the affairs of their galactic neighbors?

Charles Fort made exhaustive records of the historic accounts of amazing and mystical events that present serious questions about what humans regard as reality. From rain storms of frogs over cities to the appearance of glowing shafts of light beaming down on the earth from unknown sources in the night sky, Charles Fort meticulously documented these inexplicable occurrences. However, they shed little light on the causes or provided little reasonable evidence as to who or what was responsible for these aberrations in history. Charles Fort stated that he believed that humankind was merely property of who or what, but he never elaborated only hinted.

From the existence of ancient cities on the ocean floors to deep underground archeological sites that were built there thousands of years ago by unknown creators, the world is an enigmatic vault of hidden artifacts and erratic’s that contradict the official timeline of archeology and scientific wisdom. Conventional wisdom is not necessarily correct but borders on indoctrination. More and more we are finding that what has been termed the “Scientific Method” is merely the convenience of government funded education creating its own version of a reality that refuses to admit new evidence that could turn it upside down and embarrass the vaunted annals of academia. The present agenda of progressive education arrogantly dictates its dogma while stifling all new and provocative discoveries as not being worthy of consideration.

One might remember the saga of Emmanuel Velikovsky who postulated that an extraterrestrial explanation was behind the extinction of the dinosaurs in the form of an asteroid that impacted the earth. He used as evidence the paleontological findings of dinosaurs that had been killed suddenly with grasses still in their mouths and buried under the upheaval of earth’s crust with strata that had been catastrophically displaced by forces that could only be generated by the massive insult of the collision of a celestial body. Velikovsky even used Biblical and Rabbinical text to establish a timeline of ancient human witnesses who had seen the colossal destruction of past global scale calamities that had left the earth and its inhabitants devastated.

With each ancient cataclysm Velikovsky documented he also highlighted characteristic human amnesia over these mass extinction events that have plagued the earth over millions of years. Emmanuel Velikovsky was also the first scientist to establish a good case against evolutionary theory as he detailed that species were capable of spontaneous adaptation from injury suffered as a result of these cataclysms that wreaked global havoc. In contradiction to the Darwinian model of gradual adaption, survival of the fittest, and natural selection, Velikovsky proved that negative mutation as a result of injury to an organism could result in the biological adaptation of a species which did not necessarily lead to a genetic dead end, but a viable species.

Unjust torment of a colleague

The untold story of science’s persecution of Emmanuel Velikovsky is one that our media would rather ignore. This well intentioned and dedicated theorist was mercilessly denounced and attacked by a scientific community supposedly dedicated to establishing the truth through documented data. Yet, they chose to attack a contemporary who had startled them with an unconventional explanation that transcended their impotent excuses for mass extinctions.

The case against accepted wisdom

With scientists finding that cosmic rays are capable of causing genetic mutations that can alter the physiological and behavioral course of an organism rather than the long process of trial and error that supposedly shapes and refines a successful species, the evidence is revealed. That evidence invalidates the supposition of science that has misled students and academics alike over the true origin and transformation of life on this planet. There are now many scientists lining up against the theory of evolution and adopting intelligent design as a plausible theory of the proliferation of life on this planet.

There have been bizarre fossilized records of gigantic human beings and as well the co-existence of modern man and dinosaur in the same geologic era that have been rejected by the scientific community who will uphold global warming while altering data to support that false claim. Science as we know it today has become politicized to support a wide ranging agenda of globalism and world government. Science is being warped to satisfy the designs of a leftist ulterior motive to control the nations of the world under a single government.

What can we conclude as we walk the darkened road of pseudoscience and mock reality? Are we dealing with the truth, fabrication, or are there forces afoot that beyond the normal sensory capability of humans? Are they influencing human events? To make matters worse is the supposed realm of the scientific method really just manipulated data to suit the political motives of a malevolent world government using disinformation to steer public opinion?

In Part II we will further explore that “Broken Record in the Sky” as John Keel once called it that seems to call out to mankind and continually mislead him. Part II will continue tomorrow, Monday, November 11, 2013