UFODigest.com » Paranormal » THE BROKEN RECORD IN THE SKY PART II 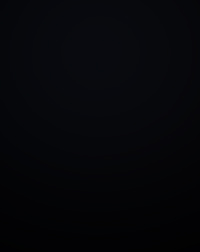 If you missed Part I in this series please click here. https://www.ufodigest.com/article/broken-record-1110

In his book “OPERATION TROJAN HORSE: The Classic Breakthrough Study of UFOs

” author John Keel describes what he calls the “Broken Record in the sky” as being the continually mischievous disinformation imparted to the illuminated ones, the false prophets and messiahs who in their zealous delusions have met untimely demises or began dangerous movements. Like a broken vinyl record that skips and repeats itself over and over again, so do the messages of goodwill that are voiced by everything from the benevolent space bothers to the elementals who have appeared to rulers at crucial times of decision making in history. Sometimes imparting good advice and sometimes intentionally misinforming and causing tragedy as a result, elementals could not be trusted. Yet, they are well identified through-out history as having appeared to leaders at pivotal times.

The very first of the Men in Black?

Thomas Jefferson was supposedly approached by what appears to have been a “Man in Black” as he contemplated design of the US dollar. The entity advised the third President of the United States and author of the US Constitution to use the third eye symbolism over the pyramid on the budding nation’s currency. Descriptions vary, but in general black garb, dark features almost sunburned at times, sometimes Asian facial features, sunglasses, an intimidating presence that exudes evil, conversation can be confusing and out of place as though the Man in Black is a time traveler lost in the wrong era.

Malcolm X jailed for a number of his protests reported that as he sat in his jail cell a young black man appeared sitting next to him and then vanished. According to author John Keel this incident was mentioned in Malcolm X’s memoirs written prior to his assassination.

Fate of the illuminated

Both Joseph Smith a prophet of the Mormon Church as well as Mohammad of the Muslim religion both reportedly encountered a blindingly bright entity they described as an angel. Both men collapsed and were forced to hear the dictations of each angel. When they awoke they both became obsessed with writing a doctrine for their respective followers. Joseph Smith claimed to have been given a golden tablet by the angel that visited him. It was a depiction of prehistoric North America. When Smith was killed by an armed mob as he sat in Jail in Carthage, Illinois on charges of polygamy, so ended the life of a man illuminated by the “Broken Record in the Sky”.

It is said that in the time of Julius Caesar that he was advised by an elemental over the military affairs of the Roman Empire, yet one might recall that he was assassinated by his very own circle of trusted men. Such is the fate of those who have encountered this repeated form of supposed advice from an enigmatic source that defies origin or purpose yet continues to deceive to this day.

One might recall Howard Menger, who reportedly was first contacted by an extraterrestrial when he was but 10 years of age near his home in Highbridge, New Jersey. A prominent UFO contactee of the late 1950’s, Menger offered his followers practical advice and two books he wrote about his experiences with Venusian Space Brothers. Menger’s illumination came at a price as he was forced to move from his community, lost his wife, and experienced financial ruin thanks to the supposed financial advice he got from the entities he had allegedly met since childhood.

The danger of the spiritual realm

Emanuel Swedenborg was a prolific scientist, inventor, philosopher, and theologian. After his many accomplishments he delved into the spiritual realm which he admitted was dangerous without a devout connection with the Lord Jesus Christ. In this new pursuit he claimed to have spoken with demons, angels, and other spirits. He devoted much of his efforts to Christian mysticism. While in the midst of that endeavor he described an encounter with a dark entity as he was crossing a field, according to John Keel. Swedenborg stated that he was forced to use all his strength to pass through the spirit as it opposed him with dark forces behind it. The experience drained him, but proved in his mind that one could be faced with such a confrontation anywhere on the face of the earth and must be prepared for such a meeting.

Through-out history mankind has been beneath a veneer of misguided perceptions and confusing beliefs imposed by the contact of questionable entities masquerading as space people, ghosts, fairies, angels, demons, elf’s, Leprechauns, and many others who dare enter our sphere of influence and play with our minds. Author John Keel was the first to come up with the explanation that UFO’s and apparitions could actually come from the same source. So, are the mysterious manifestations that leave many spellbound really all from the same enigmatic source? Perhaps.

In the book “Mothman Prophecies” John Keel claimed to have been contacted by an entity, Indrid Cold, a mysterious voice on the phone and apparently connected with the Mothman. The winged, red eyed, terror that created a wave of panic in the small town of Point Pleasant, Virginia prior to the collapse of the Silver Bridge in December 1967, was seen by many witnesses. When the voice of Indrid Cold had been analyzed it was found to have been electronic in origin as opposed to being uttered by vocal chords of a living being.

The question remained as many people reported having dreams of Christmas packages floating on the Ohio River, how could so many paranormal incidents be converging on Point Pleasant at once? It was reported just before the collapse of the Silver Bridge that men were seen climbing about the structure and were described as being similar to the Men in Black in appearance. Did the Mothman represent a harbinger of doom?

How little we actually know

Keel thought about this and commented that if an entity or being could see a little further down the road than we in our perception of the future, perhaps being in a different vibrational state, dimensional existence, or perhaps manipulating time and space could these impending tragedies be foreseen? Could this entity have been warning people? One can only guess. When human beings can only see a limited part of the light spectrum and hear relatively low sound frequencies chances are that we could be oblivious to the impending fate of circumstances we cannot control.

When we travel down the twisted path of uncertainty and dread we must realize that there are enduring mysteries that have resisted the test of time and the concerted efforts of science attempting to unravel the unknown. This is the realm of the eternal broken record in the sky that refuses to reveal its secrets while playing a game with which we know little of the rules.

If you would like more information or to purchase John Keel’s book through AMAZON.COM, simple click on its title: OPERATION TROJAN HORSE: The Classic Breakthrough Study of UFOs