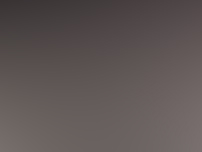 In the recent decades that have documented the classic struggle of defending US air space and gauging the UFO threat, a complex set of issues emerge. Even the first generations of US astronauts were seasoned fighter pilots who had served at military bases and had even been scrambled in pursuit of their enigmatic aerial opponents. In that daunting task of intercepting the unknown we have the mentality of our men at the controls of their formidable aircraft to consider when encountering a phenomenon that officially does not exist, but has to be confronted when the orders come in, and a violation of guarded air space is detected.

When Captain Thomas Mantell came up against a glowing metallic object huge in proportions as described by himself to Godman Tower air traffic controllers, little did anyone know it would be his last transmission.  Was it target fixation, a well-known state of mind known to combat pilots in pursuit of their aerial foes during “dogfights” that caused the veteran fighter pilot to push his F-51 Mustang beyond its envelope as he supposedly suffered anoxia when he exceeded his unpressurized limit of 20 thousand feet? Many would argue that it was much more than that which caused the first loss of an American pilot in pursuit of a UFO, but Mantell’s fatal chase demonstrates the mentality of a trained combat pilot to the point of no return.

When Gordon Cooper, a decorated Colonel, and one of the first Mercury program astronauts at NASA experienced his first brush with the unknown in the skies of world it was while stationed in Germany in the mid-1950’s. Scrambled along with his squadron to intercept unidentified high flying objects Cooper described bogeys that quickly outclassed the F-86 Fighters that his unit flew in order to identify who or what had violated United Nations defended air space over West Germany. His early experiences would only be a harbinger of things to come as he would come to find out years later while on assignment at Area 51.

Gordon Cooper later detailed an encounter with an unconventional craft that landed near his ground unit command. Tasked with photography and surveillance, he and his men were surprised when the landing occurred. He reported that men ran toward the unknown object but it lifted off while spraying some type of aerosol substance upon them as they approached. The footage that Cooper’s men were able to capture of this bizarre event was immediately expedited to HQ in Washington DC under orders he was given. As has been the case with many such instances, Cooper’s inquiries into the disposition of the photos and investigation by the Air Force went unanswered.

Test pilot extraordinaire, Joe Walker, who had flown the X-15 manned rocket plane reported the presence of unknown airborne objects pacing his high performance aircraft as he flew at the very fringe of the upper atmosphere and space. Despite the calculated discouragement by higher command to publicly announce such an encounter, Walker did anyway. Brigadier General, Chuck Yeager, who first broke the sound barrier in his Bell X-1 rocket plane in 1947, characterized test pilot, Joe Walker, as arrogant and unwilling to accept advice from others. Walker was killed while flight testing the Valkyrie XB-70.

When aggressiveness does not pay

Chuck Yeager also commented on Captain Ira Bong, leading Fighter Ace of US World War II fighter pilots with 40 kills. In his self-assuredness, Captain Bong died while standing upright in the cockpit of his F-80 draped in his parachute when his aircraft crashed while leaving the runway. Yeager, who emphasized thoroughly reading the operating manual of any plane he was to fly, noted that Captain Bong had switched off the oil pump while in-flight. The manual specifically stated not to do so. Once again Chuck Yeager characterized the mentality of many fighter jocks in the way they tackled their job, sometimes leading to their tragic demise. It seems that these types of aviators are risk takers willing to sacrifice themselves and the hardware they fly.

In his book “Majestic” Whitley Strieber quoted the general opinion within the ranks of the armed services during the 1940’s and 50’s as brave pilots pursued UFO’s and what their fate might end up being. Only a very skilled and determined pilot could ever maintain pursuit of a flying saucer, and if he did, it often led to his disappearance or crash. So, it would seem that the aggressive mentality of the well trained fighter pilot often resulted in unfortunate consequences for the aviator himself, his aircraft, and the authorities trying to ascertain just who or what he has been chasing. It would seem in the final analysis, that target fixation played a large part in the disappearance and crashes of many brave interceptor pilots tasked the defense of US air space.

One need only refer to the statement of General Benjamin Chidlaw of Strategic Air Command, who admitted that out of some 3000 attempted intercepts of UFO’s over the continental United States many men and aircraft had been lost. This admission was made in 1965. One can only imagine what has transpired since then, and how shocking those incidents might be. Yet, in the face of these types of disconcerting realities, the constant denial of the federal government and US military leadership has falsely misled the American public into an illusion of relative security.

In Part II we will further explore the bizarre world of the UFO when in the presence of our men and women ordered to defend our air space when the unknown intrudes upon us.