UFODigest.com » Aliens and UFOs » THE DISTURBING REVELATIONS OF PHIL SCHNEIDER 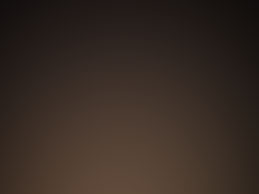 In one of the last lectures given by Mr. Phil Schneider, a structural engineer who gained notoriety as a whistleblower in the UFO cover-up, and died under horrific circumstances, we owe him a great debt of gratitude. Few have exhibited the courage and willingness to trade their lives for exposure of the evil and secret federal government agenda. Although Phil is best known for witnessing and nearly dying in an underground firefight between US Special Ops soldiers, Green Beret, and Black Ops forces near Dulce, New Mexico, few are aware of many other shocking revelations that he presented at his speaking engagements.

Phil was a patriot like so many others who have selflessly given their lives for their country with the distinction of revealing projects that should never have been allowed to exist in a Constitutional Republic that emphasizes personal freedoms, human rights, and transparency as the present federal government does not. Phil’s tenure as a public servant consisted of 17 years involved in classified aerospace engineering projects involving underground base construction. According to Schneider these secret projects use boring machines that utilize sophisticated lasers to reduce rock to powder while leaving the surrounding perimeter of the tunnel in a glazed molten state that obviates the use of concrete or cement to finish the freshly dug surface.

According to Phil there were 14 underground bases located in the vicinity of Area 51 alone, and 1477 underground bases already in service all over the world. In terms of a black budget, Schneider informed the audience that the cost for these Top Secret programs of “Black” projects was 500 billion dollars a year and that was in 1995’s currency. The extent of advanced projects that make all seemingly new technology in our society merely obsolete is staggering. Whereas such aircraft as the SR-71 Blackbird, F-117a Stealth Fighter, and other seemingly advanced platforms were actually old and dated when compared  now to new generations of Mach 6 and above high performance and stealthy interceptors, reconnaissance crafts, and invisible bombers.

Phil explained that lasers were now old school compared to new particle beam weapons, spy satellites using advanced infra-red technology that from 150,000 mile orbit can achieve resolution that can spot a dime on a living room floor, and even more staggering forms of advanced surveillance that boggle the mind. Phil openly admitted he was breaking federal law under the aegis of his Level 1 SecurityClearance. He opened the neck of his shirt and showed the audience a bullet wound he had gotten a couple of weeks earlier in an attempt on his life. Schneider admitted that he was willing to give his life for his country so that the general public would know that our government is conducting itself as an arrogant feudal ruler that considers its citizens as serfs, whom it regards with arrogant indifference. Schneider would indeed demonstrate his love of his country in tragic fashion as his widow revealed to the world that he had been brutally assassinated with extreme prejudice via strangulation by piano wire and torture. This even though he was suffering from terminal cancer and had only weeks to live!

Phil had also attained notoriety via his discoveries in metallurgy of alien technology influenced alloys that were used in all new manmade aircraft hull coatings, turbine blades, heat resistant parts, and even submarines. According to Schneider although the public thought the year of 1947 was the time in which a crashed alien disk was recovered and back engineered, the US government had known about the extraterrestrial presence on this planet since 75 years before which would have placed the date of discovery at about 1920. Allegedly during a bandit chase near Truth and Consequences, New Mexico law enforcement officials found alien hardware and little Greys inside caves that had been used by the outlaws to hide out in. This tends to be corroborated by the Anthony Sanchez book “UFO Highway” where ancient artifacts and evidence of a gun battle between Grey’s and American Indians took place upon discovery of the underground tunnels at Dulce by a US Army expeditionary force in 1940.

One might recall that there have been earlier documented incidents of alien clashes with US forces or accidents that have disappeared from memory in the mist of time. The crash and recovery of alien bodies and hardware at Cape Girardeau, Mississippi circa 1941, the Battle of LA in 1942 six months after the Pearl Harbor attack, Foo Fighters spotted by Allied and Axis air forces during World War II, all point to a greater truth that had been hushed up by government intelligence and traitorous compliciity of the US press corp’s cooperation.

The true message to the American people

However, in all this, there was a much greater message that Phil Schneider had tried to get across to his audience and to the American people, and that was that our leaders needed to tell the truth, and if they refused they needed to be impeached or thrown out of office. Phil emphasized that our founding fathers, men such as George Washington, Thomas Jefferson, and Samuel Adams would never have allowed a shadow government to pull the puppet strings of Washington DC and deceive the public, treating them as ignorant fools who did not deserve to be informed or respected. Phil adamantly advocated a return to a Constitutional form of government, a republic who acknowledged the rights of the individual and recognized its capacity as a servant to the people not vice versa. For his audacity he was murdered.

The battle for rights

One might recall all of the Congressional panels and committees who tried to bring forth patriot organizations and supposedly ask that they reveal themselves to the federal government in a show of good faith during the mid 1990’s after the Oklahoma City bombing where Timothy McVeigh was convicted of master minding a truck bomb of fertilizer composition that a distinguished US Army General determined as not plausible as the major source of detonation responsible for the severe damage that had been visited upon the Murrah Building. To say that the official version is but a fairy tale and the truth is much more disturbing would be an understatement here. Whistleblowers like Phil Schneider will probably never get their just due as the US mainstream media will continually denounce such sacrifices as merely conspiracy theories and right wing wackos, yet why is it that these people are murdered? Have they gotten too close to the truth? Is the inconvenience of the light of day simply too dangerous for the powers that be?

Pause for a moment and ask yourself if it seems our society is rapidly spiraling out of control with rumors, unnecessary mass killings, government clamp downs on our freedoms, and the never ending threats that seem orchestrated to justify even more planned attempts at ending our rights as sovereign citizens? Consider the efforts at wealth redistribution, radical social change, and attacks on belief in God advocated by such men as Senator Chuck Schumer, Harry Reid, and President Obama. As the sheep in this nation graze in pastures of bliss, the evil intent of the wolves of among them only emboldens them for more atrocities, more false flags, and more terrorism. One might recall that citizen militias during the War of Independence were the very backbone of our defense against the British and were constitutionally recognized. Why is you government abandoning our original system of rights? Think people.