UFODigest.com » Aliens and UFOs » THE LONG HISTORY OF MILITARY INTELLIGENCE AND THE FLYING SAUCER – PART V 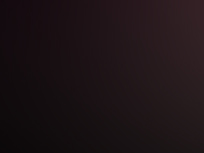 Upon meeting Norio Hayakawa for the first time in the summer of 2013 it seemed like meeting an old friend I had already known. We had corresponded occasionally over UFO cases, but to meet him in person was both informative and pleasant. Norio takes much pride in Albuquerque, NM as well as the UFO phenomenon and the part that his provocative city plays in its mysterious past. Norio was kind enough to take me on his personal guided tour of the area which featured Kirkland AFB, a view of Manzano Range, Sandia Labs, and a particularly interesting story of Paul Bennewitz and his small laboratory, Thunder Scientific Corporation.

If you missed Part IV of this series click here: https://www.ufodigest.com/article/long-legacy-0806

We must sadly conclude by the facts gathered over the events in his life that Paul Bennewitz must fall under the unfortunate category of a US military intelligence casualty. Thanks to his patriotic commitment, his fascination with UFO’s, and his honest and straight forward trust in his relationship with the US Air Force, Mister Bennewitz fell victim to a series of controversial incidents that separated him from his sanity ultimately leading to his demise. Having had a lucrative and close relationship with Kirkland AFB with the sale of his nuclear measurement instruments, Bennewitz suspected little that his good intentions would lead to an ill-fated destiny that would leave his wife a widow and his sons, who inherited the business to a no comment position over what had happened to their father.

Like many who have encountered the realm of the UFO in New Mexico, the “Land of Enchantment” as many call it, has led to an unfortunate outcome for many such as the late state representative, Steven Schiff over the Roswell investigation, and the late State Trooper Gabe Valdez over the Dulce Mystery. Death by seemingly natural causes, untimely disease, or insanity has accompanied more than one brave soul to the grave. So it was with the late Paul Bennewitz as well.

It seems in 1979 in the midst of a successful business with the US Air Force, his ties with APRO, a civilian UFO investigating agency, and some remarkable observations he was making on a daily basis, Paul Bennewitz somehow ran afoul of the powers that be. It all began when upon witnessing unidentified lighted objects hovering over the Manzano range as well as Coyote Canyon within view of his residence on the outskirts of Kirkland AFB, he made note of nightly occurrences. Having a hobby such as astronomy made it quite convenient for him to have the equipment on hand for observing in detail and filming the bizarre regularly occurring spectacle that he came to note with great interest.

After archiving many of his sightings with film that he took himself of the repeated nocturnal incursions over Kirkland Air Force Base air space, Paul Bennewitz collected his material and met with USAF officers in charge. By 1980 Paul had filmed numerous incidents of disk shaped objects landing within the grounds of the Kirkland AFB and Manzano range reservation. Accordingly reports from at least 3 USAF security officers were already under investigation and had been forwarded to Wright Patterson in Dayton, Ohio under the purview of agent Richard C. Doty. It seemed the US Air Force was not entirely unaware of the landings by mysterious crafts that Bennewitz had been documenting with his electronic equipment. Yet, something more ominous was afoot.

Just as in any conspiracy and just as Caesar who was unable to see the powers that were moving against him, Paul Bennewitz began to find that truth and his close association with the US Air Force would not be enough to save him. Delicate classified material must have been at risk. The traditional denial of the military when confronted by UFO activity was in full swing, and anyone seemed to be exposing the truth quickly became expendable, or so it seemed. Why would a trusted and capable contractor with an excellent relationship with Kirkland AFB become a victim?

One might ask just what sequence of events was it that set the unfortunate Paul Bennewitz on a collision course with fate? Was it a requested meeting with Brigadier General Ernest Edwards, and other major officers from Kirkland AFB, along with personnel from Sandia Labs that generated a background check of Bennewitz by the Air Force Office of Special Investigations in Washington DC? Could it have been the review of Paul’s recordings and tapes that were examined at his home by special agent Jerry Miller of AFOSI who determined that indeed unidentified objects had landed within the Manzano Range area? Was the Air Force’s awareness of the sophisticated array of electronic monitoring equipment that he was directing at Kirkland AFB a red flag to Air Force investigators?

Perhaps the damning evidence that convicted Paul Bennewitz in the eyes of Air Force intelligence was his continued reporting of his findings to a number of civilian UFO agencies or could it have been his fascination with the case of Myrna Hansen, a rural resident of the Cimarron area of Northern New Mexico? Accompanied by psychologist Dr. Leo Sprinkles, Bennewitz analyzed disturbing accounts made by the woman that indicated she and her son had been abducted, that they had witnessed animal  mutilations, had seen piles of human body parts, and that they had also observed vats of blood drained from cattle by aliens. Using regressive hypnosis, Doctor Sprinkles had unraveled a horrifying mystery. This as Paul refined his electronic surveillance of UFO activity and even developed a computer program he believed could translate alien transmissions from the mystery ships that were violating Kirkland AFB with impunity.

Whatever the case, after compiling startling evidence that UFO activity on the Kirkland AFB reservation and adjacent areas was responsible for mind control, implants being inserted into the bodies of people such as Myrna Hansen and her son, the abduction of cattle and humans, as well as the rumors of a secret underground base at Dulce, New Mexico was now forwarded to the Air Force top brass by Paul Bennewitz. His report was submitted to General William Brooksher at Kirkland. At the same time APRO, the civilian organization headed by Jim and Coral Lorenzen sent one of their administrators, William Moore, a teacher and UFO author to supposedly assist in the bizarre research Bennewitz was conducting over the events at Coyote Canyon and Manzano Range.

It is here that we see the results of the elegant unveiling of counter intelligence and how it can derail  brilliant and rational minds from divulging closely guarded government secrets as Paul Bennewitz would sadly find out. Under the direction of AFOSI agent Richard C. Doty, William Moore later admitted that he was ordered to feed Paul Bennewitz the disturbing data that would confirm in his mind that evil gray aliens were operating in the area and occupying the secret underground base at Dulce. Under the aegis of a classified project “ Aquarius” Paul Bennewitz seemed to have succumbed to his worst nightmares about hostile aliens and UFO activity fed to him by William Moore in cooperation with Air Force intelligence.

Now Paul Bennewitz began to show signs of paranoia and depletion. At home he was reportedly hiding guns and knives in several parts of his residence convinced that gray aliens could come through the walls of his house. From 1979 to the year 2003 Bennewitz had involved himself in an exhaustive investigation that had left him in poor health and in a state of mental breakdown. His wife could only look on helplessly as she watched her husband’s transformation from a brilliant small businessman to that of a delusional shadow of his original self. It had all taken its toll upon him and in 2003 Paul Bennewitz died leaving his widow to survive him in the very same home that she still resides in today.

Norio and I cruised the troubling city limits of the Albuquerque jurisdiction where he pointed out a secret annexation of Kirkland AFB moving its fences over public parks that he quickly reported only to see evidence that the Air Force had restored the real estate they had attempted to confiscate in the dead of the night. We drove by the widow Bennewitz’s home where her husband had once pointed his array of electronic equipment at the Manzano Range and regularly recorded nocturnal UFO activity. Norio concluded that the elderly Mrs. Bennewitz was occasionally visited by her sons but remained reclusively within the walls of the home she once shared with husband Paul, a sad legacy of the continuing presence of military intelligence and the flying saucer. A long history of the two realms that intersects somewhere between fact and nightmare as it has for many in the enduring saga of UFO secrecy.