UFODigest.com » Science » Evolution » The Mind Outside and the Aliens Within 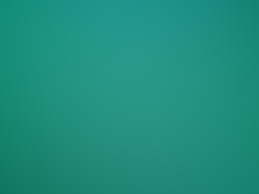 Most of us will agree that there is a collective human consciousness. Where is it located? Yes, in your head but also in the heads of all 7 billion+ humans all over the planet. This is what makes us a species. So again, where is this field of collective consciousness located? In the air?

This is a mass consciousness which is all-inclusive. Yes, we have deviant members of our species who are perhaps born physically deformed (a deviation of genetic code in many cases), or are ill within the mind as in the case of serial killers, child molesters, but also in the cases of tens of millions of mentally ill individuals who are non-violent. The point is, even those who deviate in some way, still function in a warped fashion on the collective (mass) consciousness. They might not look human in our everyday terms or they might hear voices, but even then, it is a human reality for them. It is not a wolf consciousness or a parrot consciousness.

We can perceive intelligence in wolves or parrots; I personally believe that the intelligence which is in humans and all other species has “wavelengths” which vary, but it is still intelligence. In many ways, I am smarter than a wolf but there are ways in which the wolf is smarter than I am.

Focusing-in on human intelligence, it would seem to be capable of reaching not only outside its species but outside its planet. It is humans who have the computers, the telescopes and the space shuttles. Where is our collective consciousness in all this reaching? It is actually doing the reaching and in doing so, Homo sapiens is re-inspired and re-energized. Then, humans push outward and upward even more.

But, we still don’t know “where” to find this human collective mind. It is silly to say it is in the air, because things of intelligence are connected to sub-atomic particles, waves, and strings.

Do morphic fields run together while remaining discernible individually? This might be similar to the colors of the Aurora Borealis and, after all, electromagnetic fields, says science, are involved in Earth’s polar displays and in intelligence within human brains.

There is one big Universal Morphic Field which has a myriad of “streaming, swirling colors” just as the Aurora Borealis. The Mind Inside (human collective consciousness and the individual mind therein) is just one of those swirling colors.

The fact is, we sail in and out all the time; we can act in very human ways at work every day but then on the way home, we listen to Elton John’s “Rocket Man” and we are “Out There” where humans and aliens fly. Or we stop to help an injured cat and we are suddenly “of Mother Earth/Father Sky,” no longer the guy or gal from the office wondering if one’s shoes are not in fashion.

The Mind Outside and the Mind Inside are simply aspects of The Mind.

The quantum morphic field reaches throughout the universe. Consciousness is everywhere, inside and outside Earth’s atmosphere. Some consciousness is of sheer energy, having evolved beyond the need to define itself by perceiving a corporeal body. We humans still have need of being corporeal, but I believe the thrust of evolution is toward becoming sheer energy.

Finally, as I looked at the edge of space on the feed from Felix Baumgartner’s tiny capsule, and then saw him plunge back to Earth, I was reminded of the continuity of The Universal Mind. Baumgartner stood on the edge of the Mind Outside, and then headed back to the Mind Inside. Yet, if he had the right spaceship, he could have continued out there. There is no wall, no barrier. It is a challenge but this challenge is what keeps our species viable and invigorated. Stagnation leads to extinction.

Consciousness is everywhere. Are we wrong to think that for Life Itself to spring up, it needs an earth-like environment and a corporeal (physical) form?

In fact, I believe Life Itself is in our consciousness, not in our physical form. And consciousness, I feel, is everywhere, even on inhospitable alien planets.

More on The Mind Outside upcoming in November Exo-Trekking! [email protected]  It’s free! Sign up now.