UFODigest.com » Religion » The Two Most Dangerous Forms of Mind Control 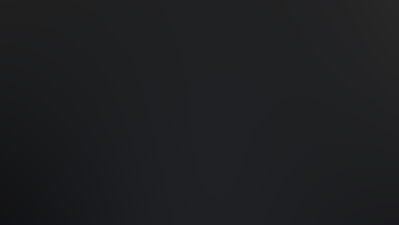 Most people attempt to validate information they come upon by inputting the data, in question, into one of two mental cylinders where it is quickly processed and analyzed, by our brains, for a final decision – valid or invalid. The two mental cylinders, the vast majority of us use, are religion and science.

Religion is something most of us do not question. Our belief in a particular religion directly influences what we will consider, in life, as being possible or impossible as well as permissible or impermissible.

We are suddenly born into a world where our birth location, ultimately, determines the belief construct we will develop and follow for the remainder of our lives. If you happen to be born in America, you’ll probably be raised in the Christian or Jewish faith. If you are born in Iran, chances are pretty good you will follow the Muslim faith. Other worldly locations will yield completely different ideologies for people to follow.

At the conception point of our individual belief systems, we have zero knowledge about where certain ideas have originated from. We are, usually, not afforded an opportunity to question the stories, timelines or illogicality of certain religious concepts. To do so would be considered blasphemy by many. Instead, we are born and expeditiously inserted into a religion, determined solely by birth location, without having had the chance to say anything, whatsoever, about our involuntary induction into a formal congregation that has some very rigid, and often dangerous, ideas.

As we progress from children to adults, the belief systems assigned to us at birth are continuously reinforced, by the members in our immediate communities, until such beliefs become a part of our deepest core beliefs. Once our core beliefs have been established, we’ll defend them to the very day we die. Not knowing very much about the strange customs, rituals and ceremonies attached to specific religions, we still aggressively defend them, go to war, and kill fellow human beings in the name of God.

Attempt, for even a moment, to question the irrational demands associated with a particular belief system, and you will become the target of ridicule and, likely, be ostracized from said congregation. You will, undoubtedly, be looked upon by members of your community as one who has been possessed by a demon and not worthy of being in the presence of others that fully support the preconceived ideas that have, forever, been etched into the psyche of the sheeple population.

The pressure to conform and pledge allegiance to a specific belief system is too great for the average person. Most of us, immediately, cave under such intense pressure and reluctantly agree to become I-Robot. We decide not to question the fundamental concepts associated with certain ideologies in order that we can have some semblance of peace in our lives. We do this so that we are not thrown out of the social graces of our families and friends. Thus the first mental cylinder is created and firmly positioned in its appropriate place to assist us in the validation of daily data we routinely encounter.

Science is another ideology that, for the most part, is not questioned. It is, in fact, a safety net that has been conveniently stretched beneath the many religions currently in existence. For those people that happen to slip through the cracks, so to speak, found in formalized religions, there exists science to safely catch them before they fall, completely, away from the conventional thinking world.

The institution of science, in some respects, is even more powerful than formalized religion. It is a belief construct respected and endorsed by the educated people of the world. The laws of science are unbendable. Scientific laws remain rigid and unforgiving ideas that can be even more dangerous than religious concepts that are routinely accepted, exclusively, through blind faith and without any proof whatsoever.

Science can be demonstrated through mathematics. Science is, after all, the explanations associated with everything in the physical world. It is the opposite of religion, the rationale for everything in the spiritual realm. Its proof can be replicated through experimentation. Water freezes at 32 degrees Fahrenheit. Step out of an airplane at 37,000 feet and gravity will kill you every time, unless you’re wearing a parachute that will reduce the amount of speed associated with your freefall to earth. Science can even calculate the exact rate of speed you will be falling just before you hit the ground. Science is taught to us, early on, in black and white concepts with no shades of gray in-between.

What we are not taught about science, however, is that the physical world we live in is much more complex, in its design, than what are genetically-gifted sensibilities can consciously demonstrate to us. The perceptions of various frequencies, by human senses, allow us to mistakenly assume we are constantly experiencing total reality at any given period of time. In actuality, we are only experiencing, through a five sense world, a very narrow sliver of reality. Much of what is total reality (what’s really out there in the universe) exists in frequency ranges that are far removed from what humans can sense.

The truth of the matter is that science can only validate, for us, the physical portions of reality our senses can properly comprehend. For example, a radio can only tune into the limited number of frequencies it’s been designed to access. There are a plethora of other radio signals bouncing around the universe. The fact that a specific, limited instrument can not access them doesn’t, for one second, change the fact that they are very real and part of a legitimate reality construct.

Although science can sometimes be a useful tool to help us make sense of the physical world we mistakenly confuse as complete and total reality, it is unable to give us insight about other, more invisible, parts of reality that exist further up and down the reality spectrum.

The powers that be understand the limitations of science as it pertains to the sensory spectrum of perceived reality versus complete and total reality. Knowing how things really are, compared to the way they are routinely presented to the sheeple population, is an important component in the process of keeping the members of society confused about what’s real and what’s possible to attain. It’s ultimately a game of power and control. Those individuals that have the true knowledge about the way things work have the power to control others. A select few have the true knowledge and that’s how and why a few can control the direction and lives of many. Thus the second mental cylinder is created and firmly positioned in its appropriate place to assist us with the validation of daily data we routinely encounter.

While orthodox science, a completely controlled campaign by those in the know, can effectively keep most people in the box and powerless to fight against the few, it’s also important to understand that religious dogma has the same objective and effect on the human psyche. It’s nothing more than a rehash of the same fantastic stories that have been used over and over again on different civilizations and repackaged under different names for many thousands of years. The stories, most of them astrological in nature, have been personified over time for the sole purpose of controlling large segments within a population base for specified geographic locations.

In order for the few to control the many they must do so through clever and deceitful means. The control of information and the free flow of daily misinformation are paramount to the success the powers that be enjoy. Their power is ultimately achieved through the ignorance and apathy of the masses that have the sheer population numbers to end this ridiculous exercise if and when they decide to wake up, get off their knees and embrace the true power that the universe has afforded them.