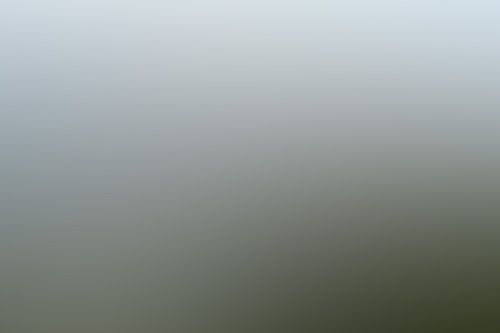 The drought of 2012 isn’t just stranding boats on the Mississippi, it’s turning the once-mighty  river, salty. The extremely low outflow from the Mississippi River into the sea due to severe drought is allowing saltwater from the Gulf of Mexico to creep upstream at a rate of around a mile a day.

Some Louisiana cities have already been forced to buy water from elsewhere and New Orleans is now at risk. “We’ve been through four hurricanes and an oil-spill and if you’d have told me this was going to happen, I wouldn’t have believed you,” says the president of Plaquemines Parish, south of New Orleans.
“Saltwater hugs the bottom of the river because it’s heavier, denser than the freshwater. And that’s what makes it a wedge, not a wall,” explains the director of the Tulane Institute on Water Resources. “And right now, given the low flows of the Mississippi and the level of the Gulf, we’re watching the salt water make its way toward New Orleans.”
The U.S. Army Corps of Engineers is building an underwater dam to stop the saltwater, as it did in 1988 and 1999. Officials in New Orleans say they don’t expect the city’s drinking water to start tasting salty, and only people on low-sodium diets should worry about health risks for now.
The worrisome news about salt water creeping up the Mississippi as well as low water levels halting barge traffic on America’s main commerce artery, is making headlines across the world in late August, 2012.
Once a fresh water source is contaminated with salt water, it means death to millions of indigenous life forms which have lived beside, flown over, or swam in, the Mississippi’s freshwater for millennia. In case someone is thinking I am a boo-hoo environmentalist (and I am a strong environmentalist), let me remind you that humankind depends on the Mississippi and her tributaries for life-giving food, water, agricultural irrigation, and transportation. It seems that many people only care if it affects them personally; this devastating situation is right in front of us: The Mississippi River, if it continues to fill with salt water, will die. That will adversely affect us all!
Right, maybe the rains will come and all this worry is for nothing. Once a drought like this one which may be developing into a worse drought than the Great Dust Bowl of the 1930s, gets rolling it takes years for the land and her life forms to recover. Also, if there are one or two good rainstorms, thus probably severe flooding on parched, hard soil, who is to say the drought has really ended? What if another drought follows after this one lets up (if it lets up)?
It seems tragically that sea water entering the Mississippi is an on-going crisis; our grandchildren might look back and say, “Remember when there was salt water only near the mouth of the Mississippi? Remember when the salty, sluggish corridor which stretches to Minnesota was a living fresh water river, throbbing with life? Yes, she was polluted but still she lived  as long as there was fresh water.” 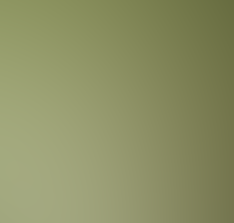 And it’s not just the Mississippi. In my predictions 15 years ago, I spotlighted the growing emergency of rivers which were beginning to experience salt water influxes. As I emphasized even then, this is a growing crisis worldwide, not just in the United States.
The Viet Nam News reported in 2005:
TIEN GIANG — Prolonged drought is causing a shortage of pure water for drinking and other domestic uses for farmers and rural households in the Mekong Delta province of Tien Giang.
Fresh water sources are being severely impacted by salt water incursion into tidal rivers, delta estuaries, and underlying groundwater, affecting domestic water sources like ponds and wells. River flows in the delta have been greatly reduced by prolonged drought, causing sea water to move upstream. The situation has threatened the lives of tens of thousands of farming families in the area.
Along the small roads to remote villages in the two districts, most ponds and wells are dry. Salt water is penetrating into the remainder. Over the past month, villagers have used water for their daily activities mainly from water supply stations and from their own storage tanks. These water sources, however, are rapidly being exhausted.
Oh, but that was 2005, it has probably rained by now in Viet Nam.
No, it hasn’t! Here’s a brief 2012 update:
“As temperatures rise in Vietnam, a nationwide drought has dried up riverbeds, sparked forest fires and now threatens one of the world’s richest agricultural regions, upon which millions depend for their livelihoods.”
Sound familiar? 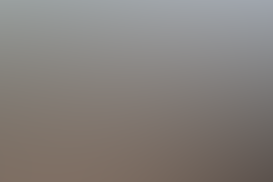 Photo: Mekong River, no more fishing
With glaciers melting around the world and on top of the world – and on the bottom of the world too, for that matter – fresh water runs into salt water and ocean currents are drastically changed as salt water sinks and the new in-put of fresh water changes the temperature of the water and changes its mighty currents drastically.
Fresh water into salty sea water hopelessly contaminates the fresh water. What in the world will humans do for drinking water in the near and distant future? It will soon be more precious than gold!
There are many other rivers, worldwide, with the creeping death of salt water cancer which is a terrible side effect of bad drought situations; for instance, the Rio Grande and Colorado Rivers are drying up. Salt water in-flow on the Colorado is curtailed for now by a man-made lagoon.
97.5% of all water on Earth is salt water. That percentage is traveling upward. When will it hit 100%?
I am highlighting this creeping salt water death because it is in the news regarding the once-mighty Mississippi, the life blood of our land mass. However, the number of natural crises facing this planet is now too long to list, from the gaping holes in the ozone to our weakened magnetic field.
There is division among writers on UFO Digest and amongst people worldwide, as to whether there is global warming. You can hate Al Gore all you want. You can point out the corporate money-making scheme of selling us humans “green” products which are, in some opinions, a joke.  You can argue until you are blue in the face that there is NO global warming.
I have always preferred to call our crisis “global climate imbalance” (not warming). Yes, it could easily trigger a new Ice Age instead of temperatures climbing higher and higher.
However, we must admit that there is planet-wide climate change; our world has lost her beautiful balance. It could be because of increased solar flare activity, it could be because of an invisible planet’s gravitational pull on Earth, it could be because our electromagnetic field has taken to weakening and wandering.
My belief is that it is mostly because humans and their multi-national corporations have carelessly, uncaringly, marched forward with as much capitalistic greed as we can possibly muster, and through “development,” we have ruined almost every corner of a magnificent life-giving planet. Her rain forests, her prairies, her fresh water rivers, have been murdered by her human child. That is my perception.
Yes, this is an emotional issue. This is my Mother World, I have no other world and neither do you. I am sure someone who has put their belief in “solar flares” is now whining about the weepy environmentalist pagan (me).
I am proposing, however, that it is time we all give up on what happened and why. Who cares anymore why the milk spilled? It is spilled, it has been done.
Together, what are we all going to do about it? Can anything be done to stop it?
How many of us can get into a space ship and be rocketed out of here when the day comes Earth can no longer sustain our lives? No food source, no fresh water, no money, no nothin’.
Only the 1% will get in those space craft. Us 99% are stuck here.
Maybe the aliens have room on their mothership for us. I hope they like a bunch of sweaty, desperate, angry, traumatized humans.
Or maybe it is not too late? If only we could stop arguing about what got us into this terrible mess and actually take drastic measures, maybe some of the planetary crises could be turned around.
I feel we need to stop worrying about invisible attacking demonic serial killer entities and strange orbs over the Atlantic which are “dangerous.” What have the orbs done and to whom? How big a crisis are the orbs? No doubt some are Chinese lanterns.
Instead we need to face together the earth-shaking reality that our planet is dying. We need logic, intelligence, commitment and just maybe we need the courage to boldly be ready to meet alien life forms who obviously have advanced technology. Might they help?
If that orb is going to vaporize the brave humans who go to meet it instead of helping us, it was worth a try. To be vaporized is a quicker death than living on a planet with no more fresh water.
I hope we can stop bowing to our old human fears of witches in the forests and monsters under the bed, and look to the galactic community for help even as we try to save ourselves and our world.
My website is www.earthchangepredictions.com. Join Exo-Trekking newletter, it is free!